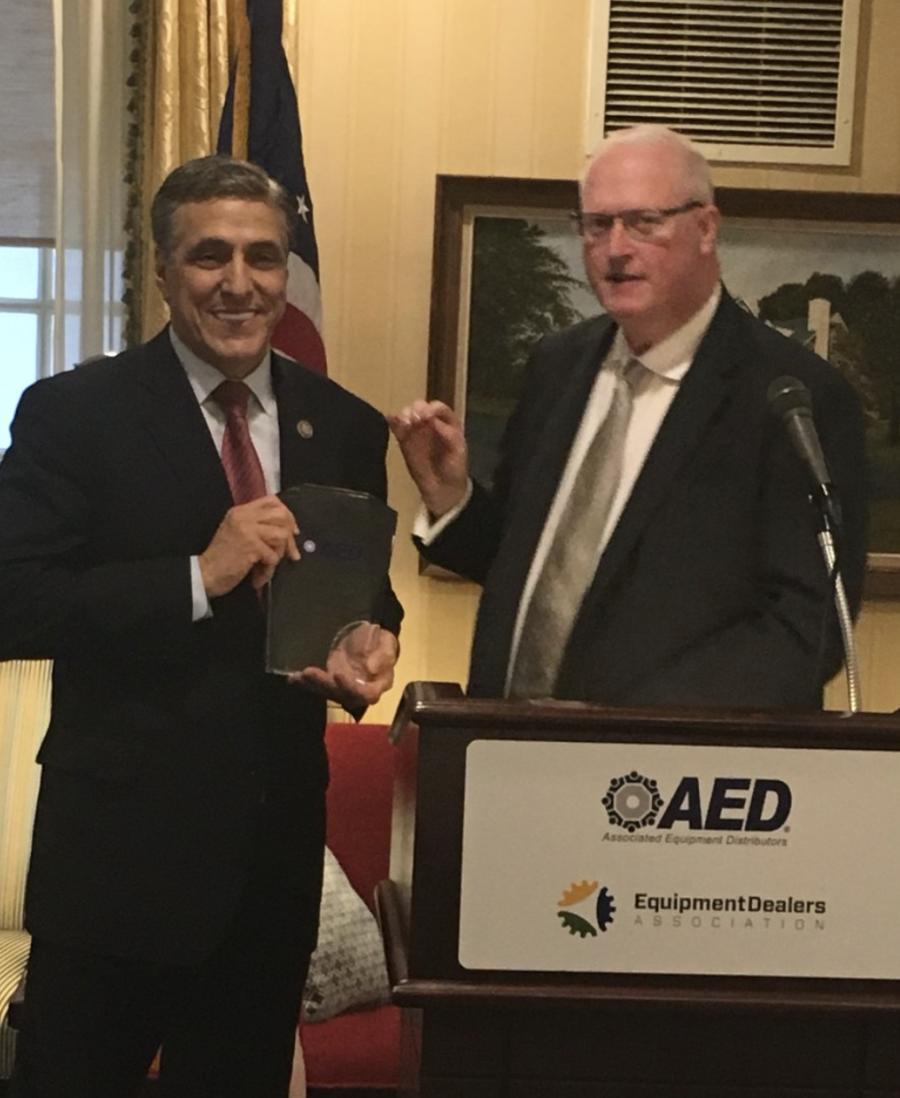 In his fourth term representing Pennsylvania's eleventh congressional district, Barletta is a leader in Congress for robust infrastructure investment, lower taxes, eliminating unnecessary regulatory burdens and educating the next generation of skilled workers. Barletta is a member of the House Transportation & Infrastructure Committee, where he chairs the Subcommittee on Economic Development, Public Buildings & Emergency Management. He also serves on the House Education & the Workforce Committee and the House Homeland Security Committee.

During the award presentation, AED's President & CEO Brian McGuire said, “The construction equipment industry has no stronger advocate in Congress than Lou Barletta. Whether it's pushing for increased infrastructure investment, promoting lower taxes on our country's small businesses, leading efforts to roll back burdensome regulations or seeking solutions to solve the nation's skilled worker shortage, Congressman Barletta is always backing the interests of our industry and our country.”

“As someone who grew up in the road construction industry before starting my own line-painting business, I am honored to receive this award,” Barletta said. “Our nation's infrastructure is crumbling, and AED members supply the equipment that will help to rebuild it. But as I learned with my own company and as mayor of Hazleton, no small business or local government is going to hire workers, purchase million dollar pieces of equipment, and plan projects without long-term security in government contracts. I am committed to making sure that members of both parties come together to find a sustainable funding source for transportation infrastructure investments. Doing so will allow businesses to create jobs, boost our economy, and make America globally competitive again.”