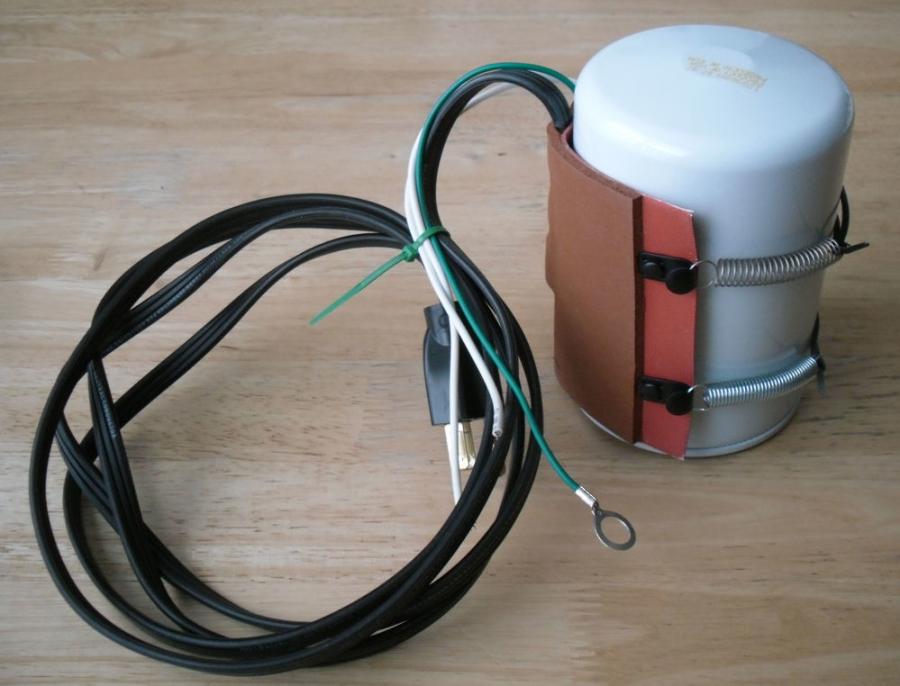 The preheater does not invade any systems, nor does it require cutting holes or welding. It permanently mounts to the outside of an engine oil pan, storage tank, hydraulic reservoir, transmission housing, gearbox, water tank, etc.

Cold oil uses expensive horsepower. Diesel, gasoline and LPG fueled engines are designed to extract useable horsepower from the fuel used to operate them. These engines are sized according to the work expected to be accomplished by each one. When the ambient temperature is at or above 40 degrees Fahrenheit, starting and operating follow a usual pattern. To produce effective horsepower/work however, the engine should be allowed to reach operating temperature in the general range of 180 degrees Fahrenheit before beginning work.

Long life for engines is related to the effectiveness of the lubricating system for the internal parts. Once the engine reaches operating temperature it is assumed that all of the internal components are properly lubricated. This includes the rocker arms and valves, piston rings and cylinder walls, main bearings and rod bearings. Hot lube oil on starting insures oil pressure to all of these components.

When the engine is shut down the lube oil on/in the internal components drains down into the oil pan. When starting again the cold oil in the pan imposes a work load on the engine before the operating temperature is reached. This horsepower demand stresses each of the components and accelerates the internal wear. 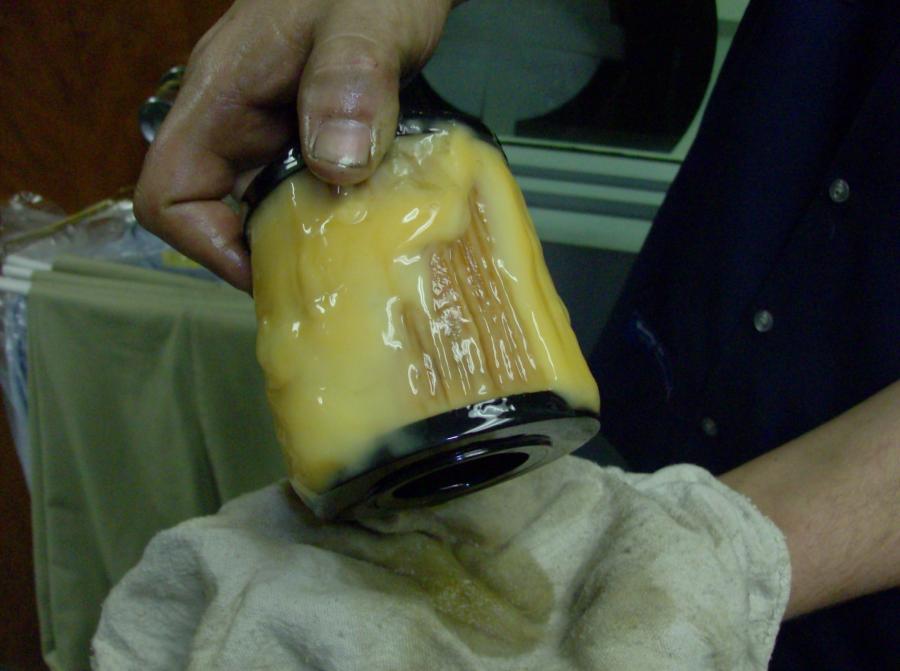 A gelled diesel fuel filter frequently happens in cold weather, stopping the flow of fuel and stopping the engine of the vehicle, machine or equipment.

Repeating this practice regularly may shorten the useable life of the engine. Hot oil on startup avoids this condition.

Installing the Peel N Stick Universal Preheater on the outside of the oil pan, sized according to the volume in the pan, delivers hot oil at the lube oil pickup tube and produces near instant oil pressure to all of the internal components. Keeping that lube oil hot during shut down periods reduces the load at start up and helps to extend the useful life of the engine.

A conventional block heater installed through a freeze plug in the side of the block to keep the engine warm also creates a potential coolant leak site and should be inspected periodically to avoid engine damage. By contrast the Universal Preheater permanently mounts on the outside of the oil pan and never invades the cooling system. It cannot cause a coolant leak.

In very cold weather the engine upon starting may make scraping and friction noises indicating a lack of lubrication. When the lube oil reaches those surfaces the scraping and friction noises disappear. With the Universal Preheater keeping lube oil hot in the pan on a cold start such noises will not be present or will be greatly reduced. Such noises on startup indicate accelerated wear on engine components.

Faster Warm Up on Starting

The hot engine oil in the pan reduces the warm up time and the engine is ready to deliver full horsepower sooner and that produces economic benefits. Another concern, without the Universal Preheater on the oil pan in cold temperatures, 40 degrees Fahrenheit or colder, condensation forms after shutdown on the internal parts and drips down into the lube oil.

The water combines with the by-products of combustion and forms acid that can lead to etching of the bearings. And, as operators know, water in the engine oil does not lubricate well, also contributing to a shortened engine life. The lube oil may turn to a milky color because of the water in the oil. Warranted for three years, the Universal Preheater is expected to last the life of the component.

When the Universal Preheater is activated continuously during down periods, water in the oil is driven out through the breather. In very cold weather, engine users have reported icicles forming on the crankcase breather indicating that water in the oil is being expelled through the breather because of the action of the Universal Preheater keeping the oil hot.

The Universal Preheater installed on transmissions, hydraulic reservoirs and gear boxes in the power train also benefit from hot fluid/oil and lube. Heated hydraulic and transmission oil and gear box lube insures adequate lubrication in these components and helps to reduce the drag/load imposed on the engine by cold starts.

In cold weather, usually 40 degrees Fahrenheit or below, the paraffin content in diesel fuel may begin to separate even if additives and/or blended fuel is being used. Under colder weather conditions the auto, truck, stationary engine, generator, compressor or heavy equipment can be brought to a standstill. Many drivers have reported that even though their equipment was housed in a heated garage overnight, once they were on the road in cold conditions diesel fuel gelling caused a loss of power sometimes within a few miles of their starting location. Some reported having to tow their equipment to a heated garage to again become operational. Even changing fuel filters on the road provided only limited benefit as once under way again the fuel filter plugged up.

Universal Diesel Filter Preheaters being used as recommended (for the 12v or 24v system preheat for three to four minutes before starting) have prevented diesel fuel gelling from forming. When wired as recommended in the electrical system through the ignition switch on both the start and run circuit the Universal Fuel Filter Preheater continues to protect against the risk of diesel fuel gelling in operation and on the road.

All of the 120v or 240v versions of the Universal Diesel Fuel Filter Preheaters have thermostats that control the temperature between 65 degrees and 85 degrees Fahrenheit.

Stand-by stationary diesel engines, compressors and generators that must be cycled periodically are subject to the risk of not starting. Equipping these with both the Universal Oil Pan Preheater and the Universal Fuel Filter Preheater insures the faster spin required for starting and the availability of the equipment to perform.