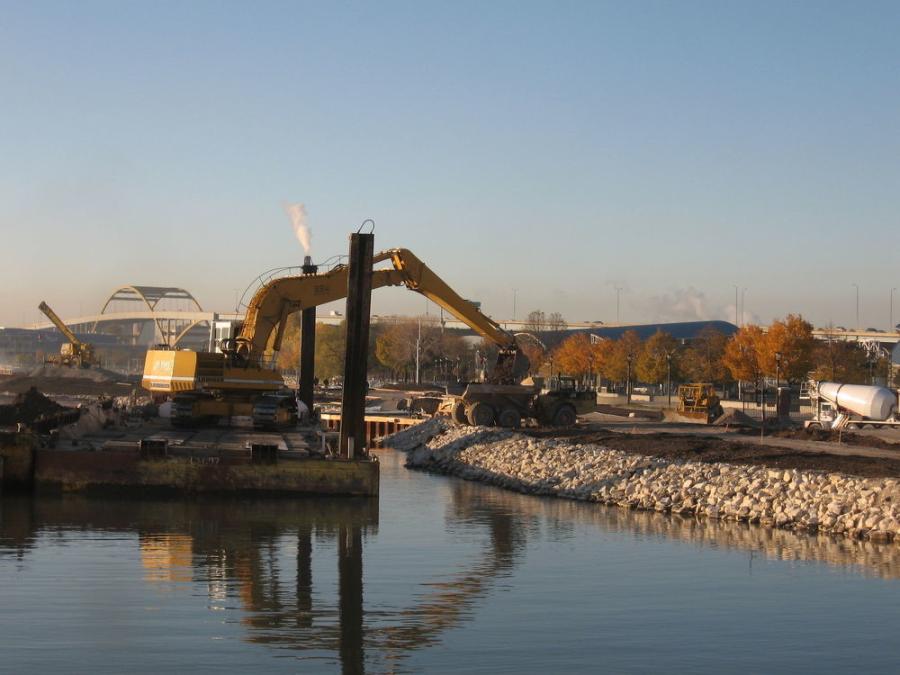 "The main issue we see over and over in our business is lack of cleanliness around hydraulics," said Ivan Lavy, owner of Lavy Enterprises, an equipment repair, maintenance and custom design specialist in New Carlisle, Ohio.

Properly maintained and clean hydraulic fluid will keep components working for years, and sometimes for the life of the machine, he stressed. "Failure is nearly always because of contamination."

Paul Michael will be tackling the topic of "Hydraulic Fluid Properties, Efficiency, and Contamination Control" during next March's IFPE 2020 in Las Vegas, Nev. Manager of Tribology Research at the Milwaukee School of Engineering, Michael identified the three sources of contamination in a hydraulic system. One is built-in, meaning it occurs when the machine is assembled or repaired. The second source is ingestion from the external environment and the third is internally-generated contaminants.

In his IFPE presentation, Michael will address the fundamentals of hydraulic fluids, how they function and their composition. Some of the more advanced technologies and fluids include synthetic fluids, fire-resistant hydraulic fluids and biodegradable fluids. In addition to outlining information on the nature of these fluids and how to validate their performance through standard testing, he'll also discuss contamination control, how to assess contamination level in terms of particle count. He will present case studies that look at the debris that's found in the hydraulic oil filters, in order to identify the root cause of machine problems.

Michael also will address some advanced technologies, including the use of multi-grade hydraulic fluids and advanced surface-active chemistries, which can improve the low-speed efficiency of hydraulic motors and reduce leakage flows throughout the hydraulic system. This is important in controlling energy usage and maximizing the productivity of the equipment, he said. 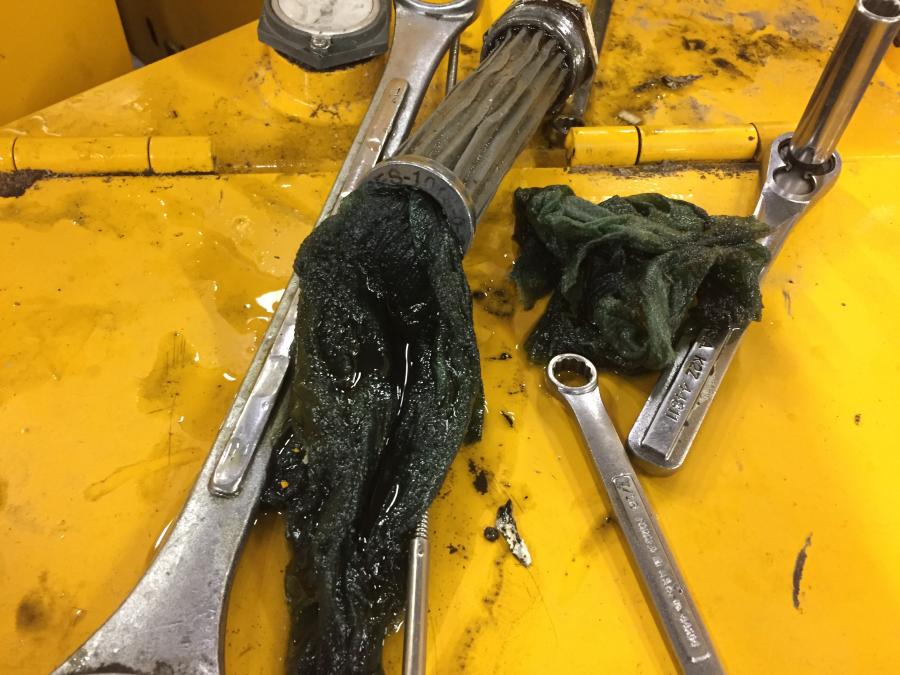 "Getting the maximum benefit out of a high-quality hydraulic fluid that has a great deal of longevity potential requires an understanding of contamination control and filtration," Michael explained during a pre-IFPE interview with the Association of Equipment Manufacturers. "It's also necessary to understand the sources of contamination in hydraulic systems, as well as their impacts on a system."

Built-in contamination is a threat to a machine's hydraulic system, said Michael, because when it happens, the contaminants are almost always metallic and large in size with the potential for doing damage to the system. Ingestion-related contamination occurs when hydraulic systems with cylinders that extend and retract are exposed to a change in environment. This change can draw in contaminants, such as water, moisture from water vapor, or particulates from the atmosphere such as sand, dirt or dust.

Recalling a case of what could be considered extreme contamination related to ingestion from an external environment, Lavy said a customer misplaced the oil-fill cap on a wood chipper, and chose to use paper shop towels to plug it.

"This resulted in the towel slipping into the tank, encasing the suction screen and bypass valve, and starving an expensive pump of the needed lubrication. Simply buying an inexpensive cap would have saved this company thousands of dollars. I cannot stress enough how often contamination is the cause of an expensive repair that could have been prevented."

The third source, internally-generated contamination, results from wear or corrosion. Wear occurs in hydraulic hoses during operation due to their flexing. In pumps and motors, because of road conditions wear can occur in hydraulic seals and bearings with the motion of the cylinders. There are a lot of moving parts in a hydraulics system that can create wear.

"Modern hydraulic oils are much better than the oils we used in the past," said Michael. "We used to have 3,000-mile oil-change intervals on automobiles. Now every auto has at least 7,000 miles or more before an oil change is needed. Oil base ingredients and additives have been improved. The same can be said for hydraulics."

The life is double that of the oil we used to use on heavy machines in the past, he said. "So, if you can extend the life of hydraulic fluids you can reduce the economics as well as the environmental impact on your operations."

Proper maintenance of hydraulic breathers and filters is the key to preventing damage via contaminants in hydraulic fluid, he continued. It's commonly thought that 75 percent of all damage to hydraulic systems is by contaminants. Yet, that's not necessarily true these days because systems have improved exponentially, said Michael.

"In the past, the heavy equipment industry was provided with filters that were very inefficient in their filtration process. Their efficiency in particle removal was not well defined in the past, and the difficulty for consumers was in selecting filters that could adequately predict the future of the system."

But now, with advanced filtration qualification methods, end users "can be assured you're using a filter that can effectively protect your machine's hydraulic system," said Michael.

Oil equipment manufacturers report that machine warranty claims spike after an oil change. Michael addressed two factors to which the issue is attributed — one, the position of brand new oil and two, the process of transferring new oil. New oil is not necessarily clean, he explained. Oil is transferred from refinery to rail car, into storage tanks, a blending system, and then into drums where the end user can access it with a five-gallon pail. Through each step of manufacturing and distribution, there's the potential for ingression of contaminants through dirt, sand and other elements.

"New oil can be quite dirty when initially distributed into a plastic container or 55-gallon drum," said Michael.

One issue often reported by OEMs, is when customers want to ensure the purity of the hydraulic oil in new machines, whether they are selecting high-quality filters for machines and taking great care to prevent filter contamination. Manufacturers observe that when end users reach the maintenance point where they opt to change hydraulic oil, an uptick in warranty claims can be seen for hydraulic valves. Valves are susceptible to the negative effects of particles, said Michael. 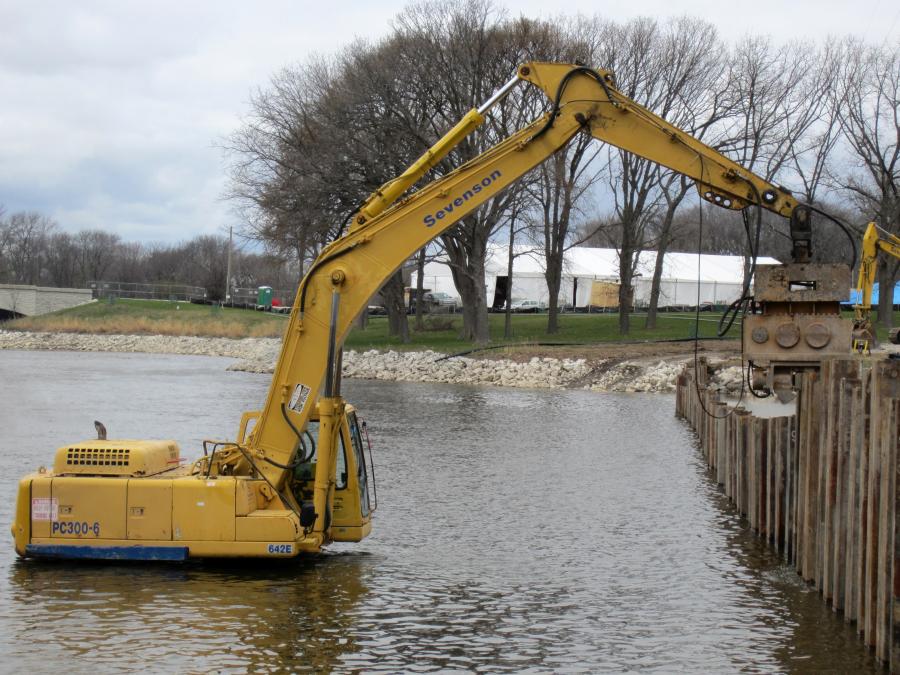 "First, keep in mind that used oil that is actually very clean and pure is often replaced with new oil that's not nearly as pure. Second, one always should filter new oil into a machine when servicing it. If you're topping it off with additional oil, or changing oil, you want to filter new oil into the machine," he stressed. "It can be difficult to do that in some environments, so the process of transferring new oil into a machine can lead to ingression of contaminants."

One way technicians used to reduce this problem that's been adopted by many OEMs is to install high-efficiency filters built into the fill line of the hydraulic reservoir so the oil cannot be put into the system without being filtered.

"Manufacturers sometimes use hydraulic filler-strained caps in their reservoir designs. That's not as effective at protecting the system as using a tank mounted return-line filter as the fill port to ensure the oil is purified. In instances where machines do not have a high-efficiency filter, the technician is advised to use a filter cart to transfer oil from drum into machine," he said. "It's best to use a filter cart with a high-efficiency filter because the oil only passes through the filter once. In the past, a lot of filters used cellulose or paper filter media, but now polyester or fiberglass is often used instead. It's a more controllable substance that is also longer lasting and has a higher dirt-holding capacity."

In addition to better filtering technology, better seal performance is being addressed these days by OEMs. Upgrades in the design of hydraulic seals over the years have been made, through the use of advanced sealing materials and lip designs, which have improved the effectiveness of hydraulic rod and piston seals, noted Michael.

"Improvements in wiper designs also have helped reduce the detrimental effects of external contaminants on fluid life," he added.CEG