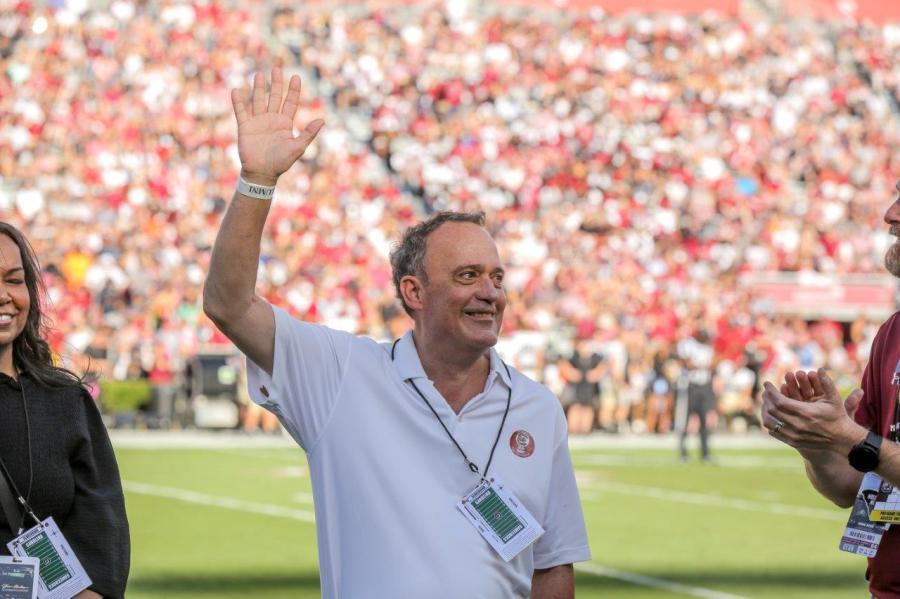 The construction industry in the Southeast lost a great and trusted friend on Thursday, July 14 when Joseph Rozier Blanchard, the president and CEO of Blanchard Machinery Company in West Columbia, S.C., passed away surrounded by his loved ones at his Charleston home following a brief battle with cancer.

Born in Winter Park, Fla., on Jan. 6, 1962, to George Robert Blanchard and Judith Katherine Rozier, Joe grew up with his three siblings in Tampa. During his childhood, he worked at his grandfather's machinery company, the Joseph L. Rozier Machinery Co., where he fell in love with the industry that was his life-long career.

Upon moving to South Carolina in 1987, Joe has been an invaluable asset to the state. A strong business leader since becoming president of Blanchard Machinery in 1996, he not only grew the dealership to more than 700 employees across 12 branches statewide, but also made a lasting impact on South Carolina businesses and communities.

Joe began working with his father, Robert, in running Blanchard Machinery Co. in 1987, a company originally formed in Orlando, Fla., by his grandfather in 1952. Upon Robert Blanchard's retirement in 1996, he appointed his son to lead the full-service equipment dealership, and Joe Blanchard later brought in his two sons, Rozier and Boyd, to learn the ropes at company.

Many of South Carolina's best contractors and builders remembered Joe for his genuine friendliness, his sound business sense and his steady hand in operating and expanding Blanchard Machinery to the point that many even turned to him for advice about their own businesses.

Jason Wilkie, founder and president of JC Wilkie Construction in Lexington, S.C., worked with Joe for two decades and found him to be a man ready and willing to answer questions about how to run a sound business in an honest fashion.

"He was one of the greatest businessmen I have ever met," Wilkie said. "By that I mean Joe built a really good team around him and made it a great success. But I will always remember that in the early days of my company, he offered to sit down and go through my financials with me. We also discussed ways in which to grow the business and be successful. It really meant a lot to me that he would take the time to do that."

Wilkie also regarded Joe as "a fair man" who wanted his equipment dealership to be more of a partner to its customers rather than simply a vendor.

While he freely helped younger contractors succeed in their businesses, established customers too, looked to Joe for his advice and input.

That included Richard Jackson, a man more experienced than Joe. He runs Columbia's C.R. Jackson Inc., one of the state's top paving companies.

"I'm just missing my good friend today," Jackson said when contacted by CEG. "Joe Blanchard cared for every customer, equally serviced us all with integrity, and always went the extra mile. When I had a major business transaction to do, I would first go to Joe for advice and guidance."

His ability to set a high standard for Blanchard Machinery always impressed Jackson, he said, because the dealership conducted business "the right way" to service customers better.

"[Joe's] whole team was well led, and I know they will continue to be well led in the future," Jackson explained, alluding to the dealership now being in the capable hands of Joe's sons. "We're just thankful for the years we had with him, and regret that it had to end this soon."

A Down to Earth Gentleman

Like Jackson, Joe's passing is a tough pill to swallow for Rusty McClam, a close friend and president of McClam & Associates, a highway grading and utilities contractor in Little Mountain, S.C., located 20 miles north of Columbia. 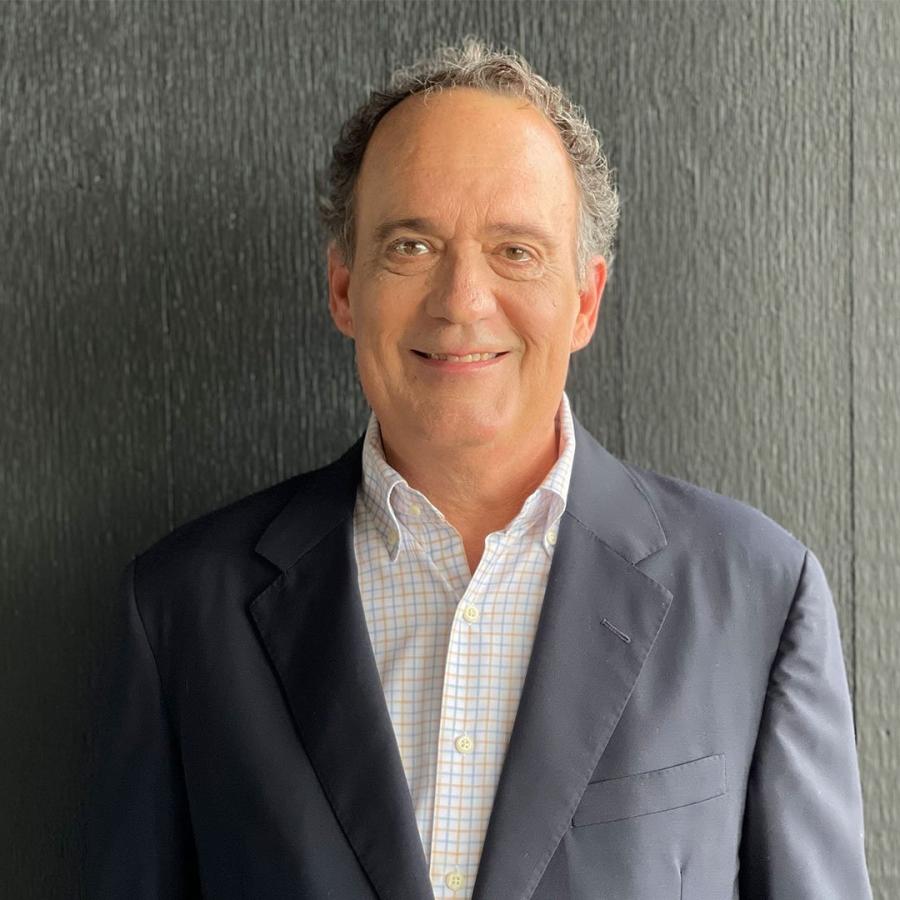 "We are going to miss a great man," McClam said softly. "He was a down to earth guy who could walk in the circle of great people just as easily as he could have a good time with ordinary citizens."

Blanchard Machinery and McClam's working relationship was such that if the contractor needed anything in a pinch, Joe would make certain his people got it as soon as possible.

A good example occurred in October 2015 when record flooding hit South Carolina, devastating parts of the Upstate and Columbia.

"We moved everybody we had down to Columbia because we were the on-call contractor for the water plant that provided the city its drinking water," he said. "We gave Blanchard Machinery a list of stuff we needed that were bigger than what we had. Blanchard came through with everything we needed and Joe himself arrived on a Saturday morning to see if there was more they could do for us."

More than one builder described Joe as a Southern gentleman, including Stewart H. Johnson, a veteran contractor and chairman of the board at Morgan Corp., a Spartanburg industrial site development company.

"I have dealt with Blanchard Machinery since it first started in the 1980s," he said, adding that Joe "has always been a great business partner to Morgan Corp. and the type of partner you want to have if you operate a business.

"The company's ethics are well known, and that is a standard set by Joe."

Mike Strange agreed with Johnson's assessment that Blanchard Machinery is a direct reflection of its late president and CEO. He runs Strange Bros. Grading Co. Inc., a second-generation contracting company in the Greenville-Spartanburg area of the Upstate.

"I think Joe set a high bar for how you are supposed to treat people and he was consistent about that," he remembered. "I am sure that Blanchard will continue to be that way. Before he hired his two sons to work for the company, he insisted that they get a job with another dealership first and secure a promotion. You don't see many people who are smart enough to do that. But that's the way Joe was, and he left some footprints across this state that will be everlasting."

Strange said that those footprints also showed that Joe was a step ahead of most other equipment dealers.

"The way [Blanchard has always worked] with us as customers has been awesome," he continued. "We liked the way they ran their service department and the fact that they stood behind their work. I have had pieces that were out of warranty because of age but did not have a lot of hours on them. If something happened to those machines, Blanchard would go to bat for you with Cat. Its service and parts availability are above the rest, I think, making them this region's premier dealer."

His Achievements Matched His Business Success

Not only was Joe a towering figure in the construction equipment industry in South Carolina, but he was notable for being one of the state's most accomplished people due to his many civic achievements, including:

Along with his wife Melissa, Joe Blanchard was an avid arts lover and philanthropist in South Carolina. The couple sponsored many exhibits that have brought countless visitors to the Columbia Museum of Art, and worked with Habitat for Humanity, The Riverbanks Society and Harvest Hope Food Bank.

In recognition of his many contributions to the state he loved so much and called home for the past 35 years, Joe was awarded the Order of the Palmetto, the highest civilian honor in the state, by Gov. Henry McMaster shortly before his death. His lasting impact on the state and his influence will be felt forever.

But, of all his accomplishments and achievements, Joe saw his family as his greatest legacy. His home was the site of countless dinners among friends and family where he was known to serve the best wine and laugh often.

He leaves behind by his wife Melissa; sons Rozier (Carrie) and Boyd (Emilie), and daughter Katherine (Davis); and grandchildren Harper, Bo, Henry, and Joe III. He also is survived by his sister Elizabeth Blanchard; brothers Bob Jr. (Linda) and Bill Blanchard; stepbrother Bartley Rice (Charity); and 16 nieces and nephews.

In lieu of flowers, the family asks that friends of Joe Blanchard consider donating to Habitat for Humanity, the Riverbanks Zoo and Harvest Hope. CEG