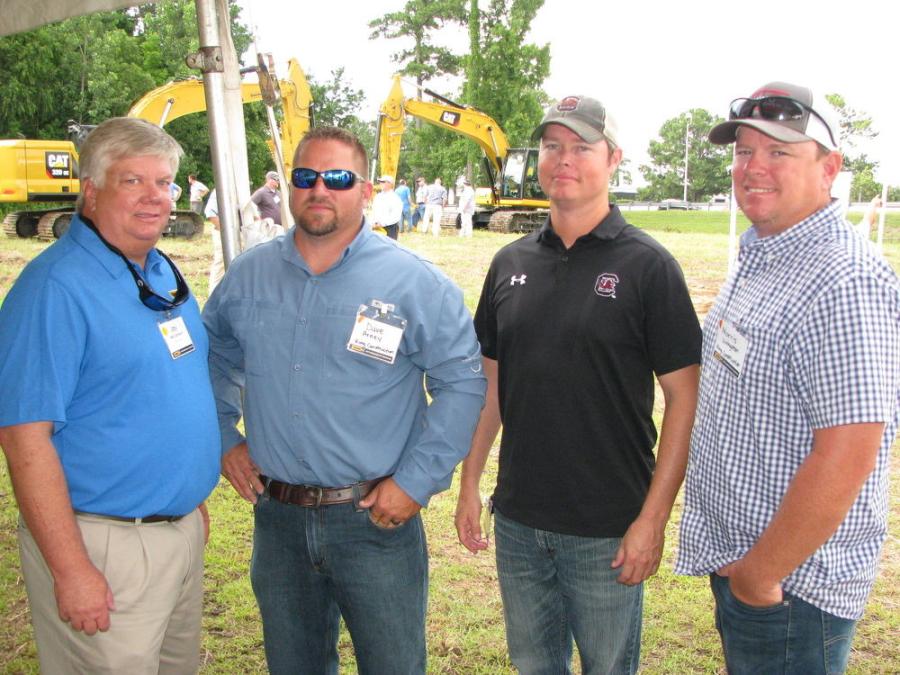 (L-R): Jay McCormack of Blanchard Machinery and Dave Arney, Paul King and Morris Livingston of King Construction Services Inc. in Myrtle Beach, S.C., talk about the new generation of hydraulic excavators being demonstrated at the event.

Complete equipment application demos and break-out sessions on the latest Cat excavator technology for the all-new Next Generation Cat 320GC, 320 and 323 hydraulic excavators were conducted by professional Blanchard and Cat operators to provide the best introduction experience.

The central premise of these demos is to highlight three industry-leading excavators that are engineered to provide up to 15 percent lower maintenance costs, 25 percent lower fuel consumption and an overall operating efficiency increase of up to 45 percent, utilizing the simple, easy-to-use standard features on these new machines, according to the manufacturer.

Trev Howard and Darrin Sheriff of Palmetto Corp. in Conway, S.C., came to the demo event after their company had already purchased a next generation Cat 320 hydraulic excavator. Howard and Sheriff were looking to further maximize their knowledge and expertise with the operation of their machine. Sheriff said his enthusiasm for the machine is in the increased efficiency and fuel economy and in the overall decrease in service costs. Grade control and payload features also ranked very highly in his enthusiasm for his company's new machine.