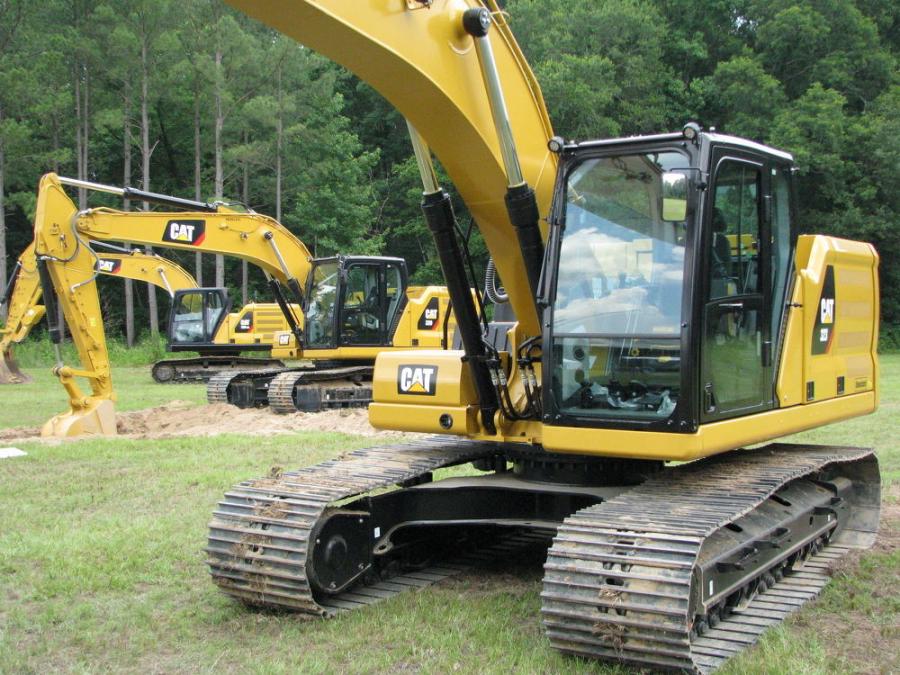 The stars of the show were the Next Generation 320GC, 320 and 323 excavators, while the secondary star of the show in Columbia was the Blanchard Power Systems air conditioning system piped into the demo tents.

The featured stars: The Next Generation Hydraulic 320GC, 320 and 323 excavators. With temperatures hovering around 100 degrees, the secondary stars of the June 20 Columbia demo was Blanchard Power Systems and their air-conditioning units and generators.. 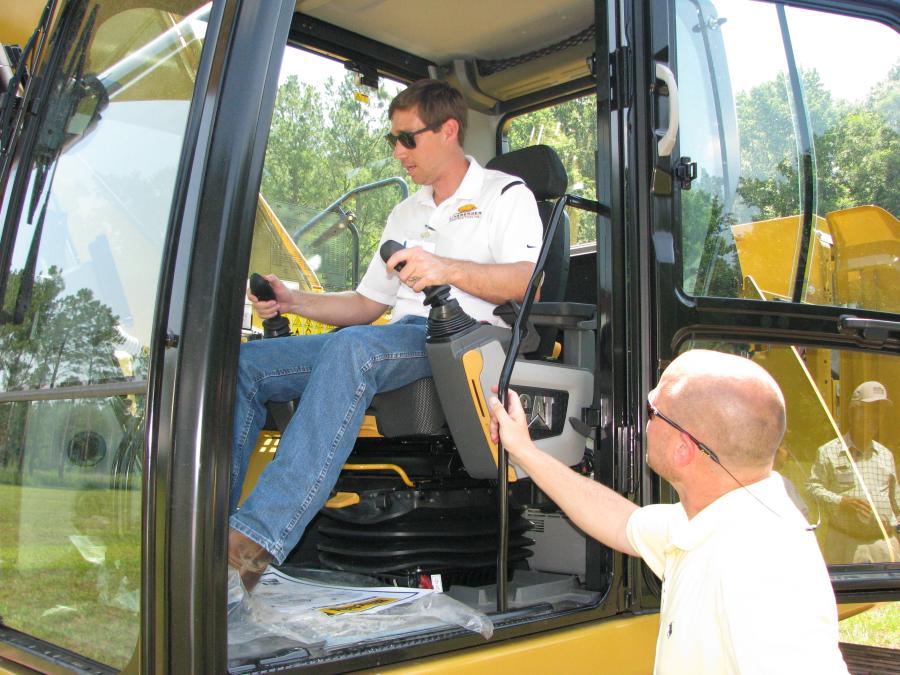 These new models of Cat hydraulic excavators can provide up to 15 percent lower maintenance costs by doubling the service life of a new filter. They also have expanded the capacity of the oil filter while reducing the hydraulic oil capacity by 20 percent, according to the manufacturer.

The machines can obtain up to 25 percent lower fuel consumption, utilizing a new larger hydraulic pump working with the engine to deliver the power needed while burning less fuel. The most impressive improvement is an overall operating efficiency increase of up to 45 percent utilizing the grade assist and payload onboard technology.

Approximately 100 prospects turned out for the Columbia, S.C., demo and were greeted with quite a show. The central premise of the event was to see Blanchard operators put the machines through multiple scenarios while utilizing the technology built into the machines for both safety and efficiency.

Other information included full presentations for all of the various and simple-to-use Cat technologies built into these machines. Scores of representatives from Blanchard and Caterpillar were on hand to assist in the demo and training.

As the demo concluded, lots of great reviews were offered from customers for this technology. Danny Stuck of DS Utilities in Little Mountain, S.C., said this equipment is definitely the future of the business.

“We need to reduce manpower where we can and run machines cheaper than the competition and ultimately reduce costs,” Stuck said.

Regarding the demo, he added, “I think it was one heck of a program, and these folks did really well presenting it. I definitely plan to buy one of these machines.” 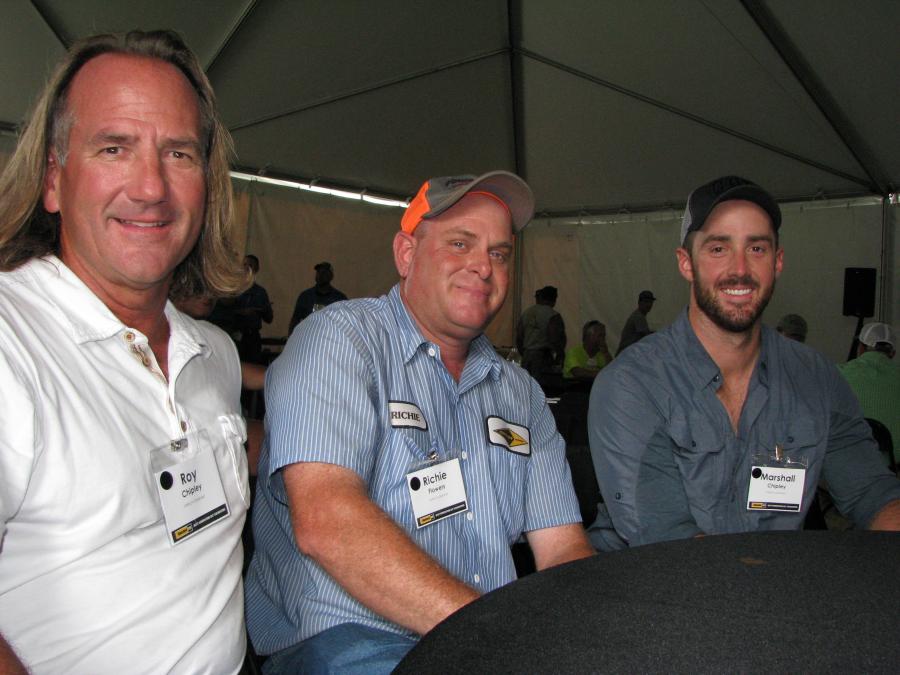 Roy Chipley of Chipley Co. in Florence, S.C., also was impressed with the demo and how it was structured in stations.

“As a customer, I need to know that the people representing the technology at Blanchard know it as well as I need to know it. It was worth us stopping some of our work to bring people off of jobs to get them up to speed with this equipment technology as well.”

Chipley further commented that they had been watching the development of the new Cat 323 for more than a year through his contacts at Caterpillar. After actually observing the machine working and seeing the technology in place, he says they will be putting at least one, if not more, of these excavators into their fleet in a short amount of time.