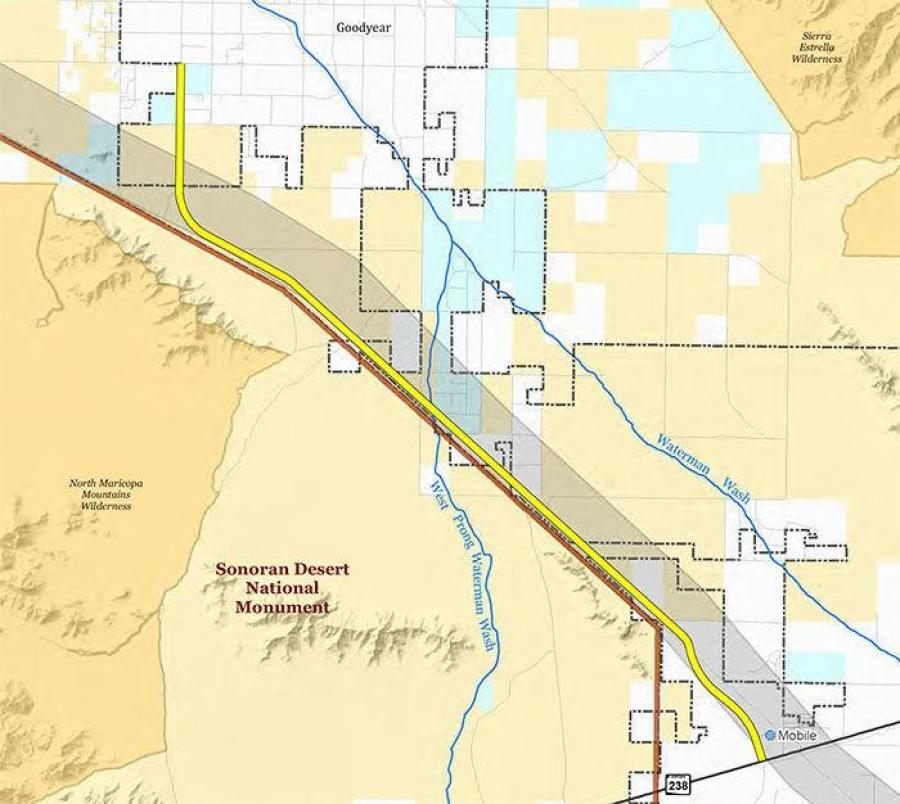 The Bureau of Land Management (BLM) has signed a Record of Decision (ROD) that will allow the city of Goodyear to build the proposed Sonoran Valley Parkway in Maricopa County largely on public lands. The Parkway will provide a direct route in southern Goodyear connecting Rainbow Valley Road to the community of Mobile and State Route 238, improving emergency response times in the fastest growing county in the nation. The decision also furthers Trump Administration priorities of modernizing infrastructure, supporting economic development and job growth, and increasing access to recreational opportunities on public lands.

"Above all, the federal government's job is to keep our people safe and respect our neighbors. Today we are proudly fulfilling both of those missions. This project will improve emergency response times, which means lives will be saved. Additionally, the community will enjoy increased access to recreation and position the city of Goodyear for economic success well into the future," said Assistant Secretary for Land and Minerals Joe Balash. "I appreciate the thoughtful approach of the BLM and the community toward balancing the needs of residents with management of sensitive desert habitat."

The ROD was signed on April 29, 2019, providing the rationale for the BLM's decision to grant the 250-ft. wide right-of-way for the two-lane parkway, with potential for future expansion. The ROD and other available project materials can be found on the BLM ePlanning website at go.usa.gov/xP9zF.

Once the BLM grants the right-of-way, the city of Goodyear would need to finalize the parkway's design. Construction of the first two lanes is estimated to take approximately 32 months to complete. Expansion beyond a two-lane parkway would require further authorizations from the BLM and would be subject to additional environmental review.

The Final Environmental Impact Statement evaluating the potential environmental impacts associated with the construction, operation and maintenance of the right-of-way was published on March 22, 2019.

The BLM manages more than 245 million acres of public land located primarily in 12 Western states, including Alaska. The BLM also administers 700 million acres of sub-surface mineral estate throughout the nation. The agency's mission is to sustain the health, diversity, and productivity of America's public lands for the use and enjoyment of present and future generations. Diverse activities authorized on these lands generated $96 billion in sales of goods and services throughout the American economy in fiscal year 2017. These activities supported more than 468,000 jobs.