BLOG: Twenty-Thousand Gradall Excavators is a Lot of Dirt Under the Bucket 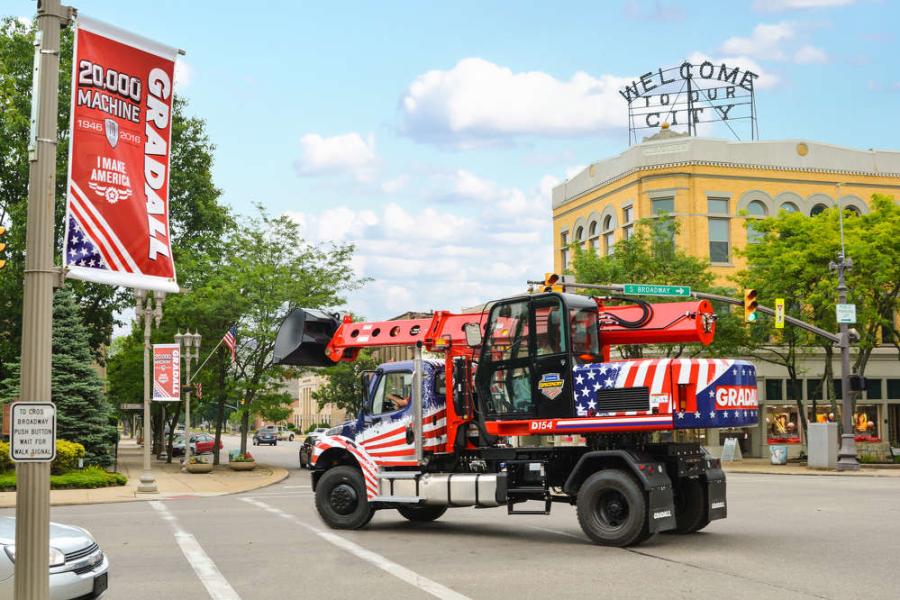 Gradall is celebrating production of 20,000 of its machines over the first 70 years of its existence. We're not talking here about donuts or some consumer widget. Gradall construction machines weigh up to 34 tons and buyers need a ditch or something to justify buying one.

So 20,000 is a significant number, though not unheard-of production for an equipment manufacturer. JCB has sold more than 400,000 backhoe loaders since 1953. Shantui produced more than 10,000 bulldozers in one year alone. But Shantui had a certain advantage starting out as a government-owned company in massive-market China, and backhoes enjoy a broader market than does the Gradall.

Selling 20,000 Gradall excavators is significant. It is a USA-made piece of equipment, for one thing, and has been since its conception and original assembly in a garage in Ohio. Not all heavy equipment manufacturers—and no other excavator producers—build their construction machinery exclusively in the U.S. Hats off to Gradall executives who have found a way to keep the “Made in the USA” label on their grade-shaping equipment.

Gradall has always stood out from the pack. For one thing, there is the name. Not to put too fine a point on it, but shouldn't it be “Gradeall?” A stranger introduced to the machine might be forgiven for pronouncing the brand to rhyme with bad-all or plaid-all. The company founders were emigrants from Holland and the word may have lot something in translation.

Be that as it may, Gradall it is and its telescoping, full-tilting boom is why it has endured as a brand. Whether mounted on tires or tracks, with one motor powering the unit or two, the Gradall boom assembly has proven to be a workhorse, with some precision and durability advantages over knuckle-boom excavators. The boom has been replicated 20,000 times for a reason.