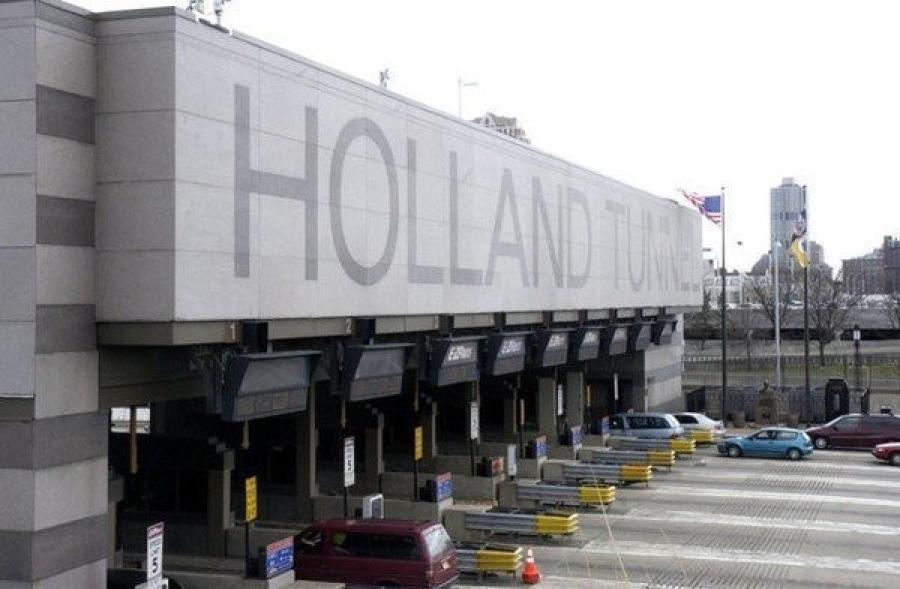 The Port Authority Board of Commissioners approved $364.2 million for a major rehabilitation and resiliency project for the Holland Tunnel. (Jersey Journal photo)

The Port Authority Board of Commissioners approved a major rehabilitation and resiliency project for the Holland Tunnel to repair and restore critical mechanical, electrical and plumbing systems caused by Superstorm Sandy, and to install protective measures to mitigate future flooding in the facility.

The $364.2 million project includes repairs and replacement of systems damaged by latent salt resulting from the October 29, 2012, storm, which filled the tunnel with 30 million gal. of water and resulted in flooding up to 9 ft. above the North Tube roadway.

As part of the project, repair and replacement will be done to the tunnel's power cables, fire detection system, voice communication system, lighting, pump room equipment, and repairs to concrete, drum rings, curbs, ceilings and wall tiles. The project includes improved lighting to enhance driver visibility in the tunnel.

Approximately 84 percent of the project cost is projected to be reimbursed by federal funds.

In addition to repairs to tunnel systems, the project also includes resiliency measures to increase the stop log height at the doorways of the ventilation buildings in New York and New Jersey to meet current FEMA design flood elevation standards.

Work on the project is expected to begin in the second quarter of 2019 and take approximately five years to complete. The work must be staged during limited overnight hours to minimize disruption to travelers. Full single-tube closings are expected for 48 months. It is anticipated that one tube will be closed at a time, with traffic diverted to the Lincoln Tunnel during the closure.

The Port Authority will work with communities that may be impacted by the project to ensure that all planning for traffic mitigation and diversions are sensible and do not create any unintended impacts. In the coming months, staff will meet with the elected officials from the surrounding communities.

“It's essential that we maintain this artery in a state of good repair given its critical role in the region's economy and in moving tens of thousands of commuters and visitors each day,” said Kevin O'Toole, Port Authority chairman. “Our goal is to get this project done as quickly and seamlessly as possible with minimal disruption to the traveling public and local communities.”

“Superstorm Sandy taught us some very important lessons about the impact Mother Nature can have on our transportation facilities, including the Holland Tunnel,” said Jeffrey Lynford, Port Authority vice chairman. “Not only do we need to ensure that the tunnel remains a viable lifeline between the two states, but also that we take the appropriate steps to prevent the devastating impacts of future storms.”

Prior to the 2013 hurricane season, the Port Authority undertook several preventative measures to minimize potential flooding. They included the purchase and installation of stop logs at each of the tunnel's vent buildings, the installation of concrete barriers at the North Tunnel exit portal and New Jersey Administration Building, and the purchase of emergency generators, pumps and other barriers.

The tunnel was closed to traffic just prior to Superstorm Sandy's arrival on Oct. 29, 2012. It reopened on Nov. 2 to limited bus operations and on Nov. 7, normal operations resumed.