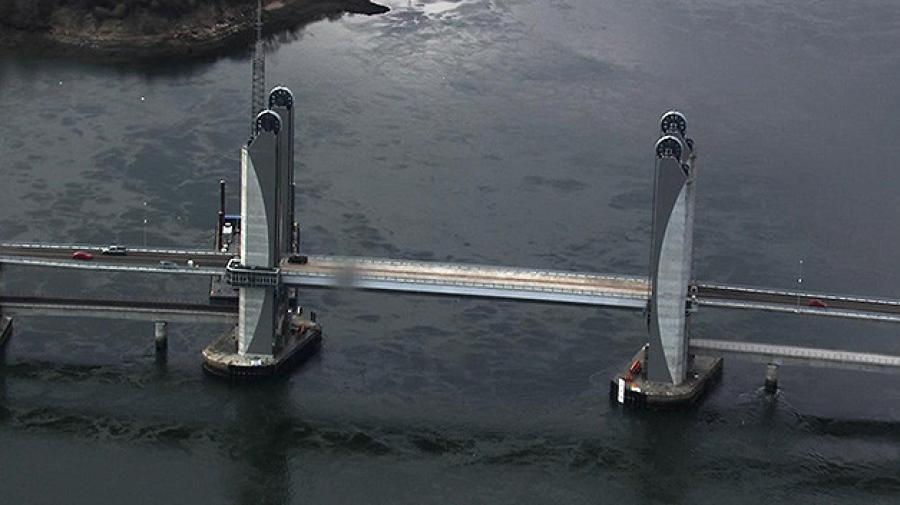 PORTSMOUTH, N.H. (AP) A replacement for a 76-year-old bridge connecting New Hampshire and Maine opened to traffic on March 30 after months-long delays caused friction between transportation officials and the contractor.

The Sarah Mildred Long Bridge replaces an old span that connected Portsmouth, N.H., and Kittery, Maine, along the Route 1 Bypass over the Piscataqua River.

The bridge initially was scheduled to open last September. Transportation officials in the two states have been arguing with general contractor Cianbro over who should bear the blame — and the costs — for the delay.

The Portland Press Herald reported that a letter from Maine officials said the delays were leading to rumors that the bridge was a “$158 million lemon.” The letter said officials were “extremely troubled” by the wait and were considering reassessing the company's role in the project.

Cianbro said the state provided “incomplete and inaccurate” designs, leading to a number of changes.

Some overnight lane closures are planned for some additional work.

The original bridge opened in 1940 and was closed in August 2016. Construction of the new bridge began in 2015.

The Portsmouth Herald reported the first members of the public to drive from the New Hampshire side on March 30 were Anita and Russ Bunting, who crossed in their pickup truck.

“We're so happy today,” Anita Bunting said as the barriers were removed. “I've always considered this my bridge.”