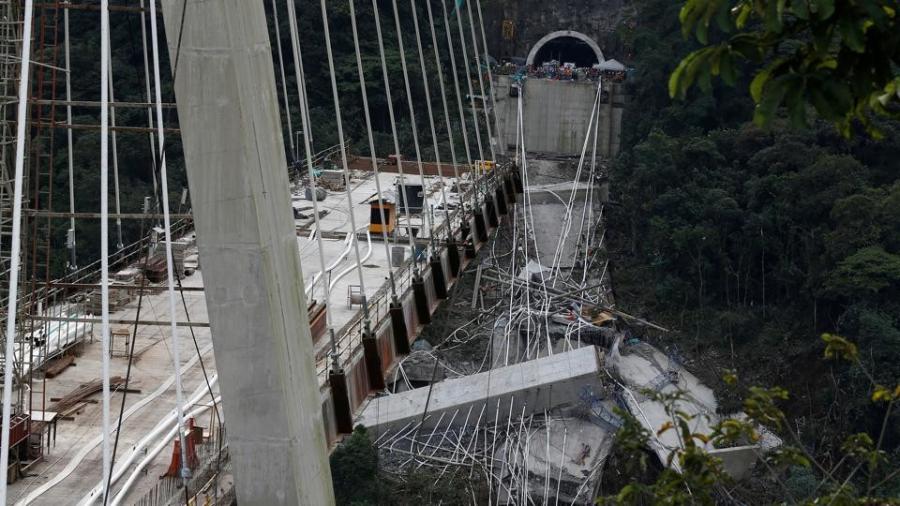 The bridge, about 1463 ft. long, was part of the main route between Bogota and Villavicencio, CNN reported.

The Chirajara bridge was under construction at not in operation at the time of the incident, CNN reported. According to the Colombian Civil Defense, all the workers killed were performing work on the project's drainage. The Civil Defense also said it is still trying to get an accurate count of workers who were on the site at that time, and has plans to visit the site to begin an investigation at Colombian President Juan Miguel Santos and the Transportation Minister's request, CNN reported.

There is currently an ongoing search and rescue mission to find other missing individuals, the Civil Defense said.

The bridge, about 1463 ft. long, was part of the main route between Bogota and Villavicencio, CNN reported.