Bridge Fenders Upgraded on Four Structures in Cape May County 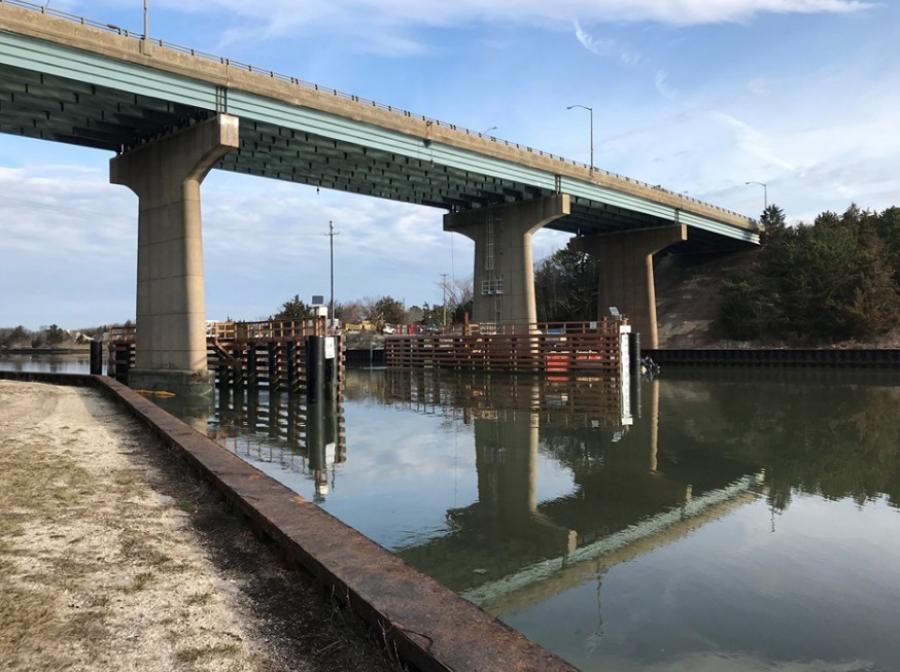 The $11.3 million project replaced the original timber pile fenders that were in poor condition on bridges carrying Routes 109, 147 and 162 over navigable waterways in Cape May County. (NJDOT photo)

New Jersey Department of Transportation (NJDOT) officials announced the completion of a bridge fender replacement project that upgraded four structures in Cape May County. The project was the first of its kind in the state and included the removal of deteriorating timber fenders and replacement with a new environmentally friendly design.

"The New Jersey Department of Transportation does more than keep roads and bridges in good repair for cars and trucks," NJDOT Commissioner Diane Gutierrez-Scaccetti said. "NJDOT funds projects that have positive impacts on a variety of communities — including boaters. This bridge fender replacement project protects our bridges from damage in the waterways and provides safety improvements that benefit the maritime community."

The $11.3 million project replaced the original timber pile fenders that were in poor condition on bridges carrying Routes 109, 147 and 162 over navigable waterways in Cape May County. The new fender systems are made out of recycled composite material that will withstand environmental weather conditions and are expected to be maintenance free.

The fenders protect the bridge piers from boat impacts, guide boats beneath the bridges and provide an overall safety upgrade to the waterway below the bridge. The oldest of the four fenders systems that were replaced was nearly 60 years old. The Route 109 structure was completed in 1960, the Route 162 fender was finished in 1971 and both Route 147 structures were built in 1988.

NJDOT initiated the project after the fender system at Route 162 suffered a major impact in 2016 and was unrepairable. The four bridges that were repaired as part of this project were determined to be the most at-risk, which is why they were included in the replacement project.

The fender replacement included upgrading the navigation lighting that guides boats safely beneath the structures by delineating the channel with lights. This is especially useful at night, and in times of fog, clouds, or inclement weather. In addition, vertical clearance gauges provide the height of the structure above the water level so boaters know the clearance of the bridge.