Bridge Industrial to Build Second Phase of Its Logistics Park in Miami, Fla. 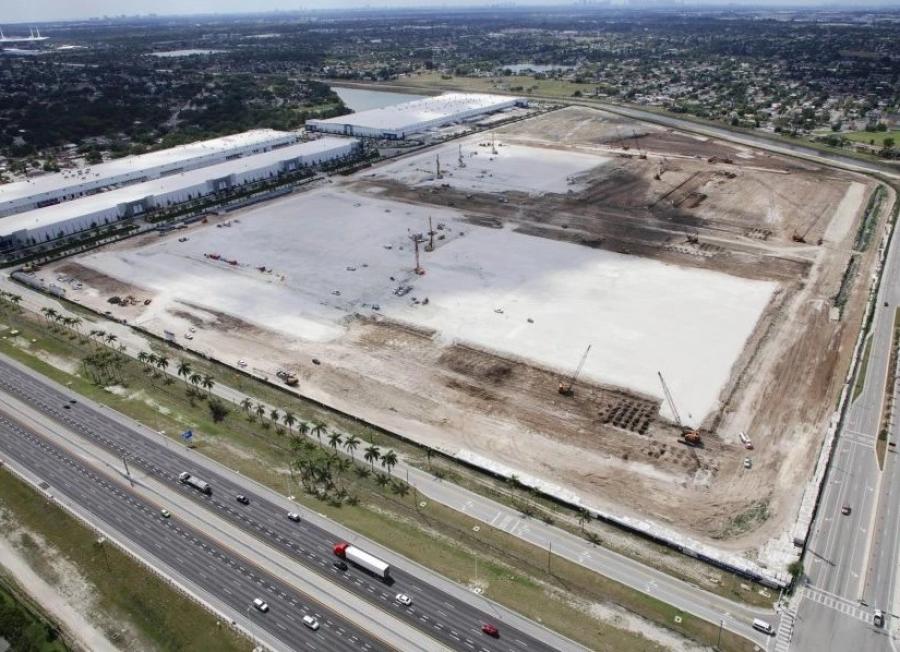 Bridge Industrial has obtained a $153.5 million construction loan to complete construction on the second phase of its industrial project in Miami Gardens, Fla.

CPE reported that the second phase of Bridge Point Commerce Center will be made up of two Class A industrial buildings totaling 1.6 million sq. ft. The two buildings are both nearly 800,000 sq. ft. in size and can be split into 80,000-sq.-ft. floorplates.

Bridge Industrial's plans include erecting both buildings with 36-ft.-clear heights, 138 exterior docks, four drive-in doors, and 198 spaces for trailer parking. The second phase started construction in the third quarter of 2021 and is expected to be delivered in the fall of 2023.

Strategically located near the Miami-Dade and Broward County line, the 186-acre site at 4310 NW 215th St., Bridge Point Commerce Center is equidistant from both Miami International Airport and Fort Lauderdale International Airport. Bridge Point Commerce Center also has immediate access to the Florida Turnpike and Interstates 75 and 95, connecting it to the rest of the state's major cities and the rest of the United States.

Once fully built out, Bridge Point Commerce Center will include more than 2.7 million sq. ft., CPE noted. The second phase will join the three buildings that total 1.1 million sq. ft. of industrial space from the project's first phase.

CIBC Bank USA, along with Hartford Investment Management Co., previously provided the construction loan for Phase I of Bridge Point Commerce Center. Kevin Carroll, partner for the Southeast region for Bridge Industrial, said in prepared remarks that the first phase's buildings are fully leased, and the company can now focus on bringing the second phase's buildings to full occupancy.

Bridge Industrial has recently leased out its cold storage facility in Hialeah, Fla., with a full-building agreement. The structure is the area's first cold storage center and is expected to be completed in the fourth quarter of 2022.

Primarily, though, Carroll said the company has been busy forming joint ventures that are aimed at investing in industrial assets across the United States, including one with CPP Investments in December and another with PSP Investments a month later.