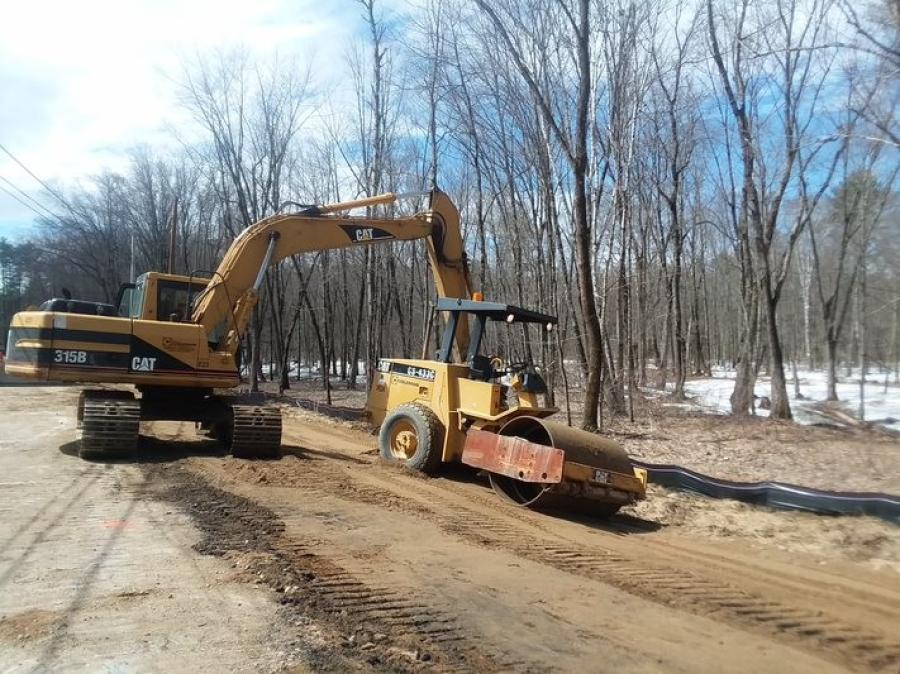 The Maine Department of Transportation is conducting road reconstruction and bridge replacement work along Route 302 in Fryeburg.

The Maine Department of Transportation is conducting road reconstruction and bridge replacement work along Route 302 in Fryeburg. The work begins at the New Hampshire state line and runs for more than four miles along Route 302, skipping a mile and a half of Fryeburg's downtown business district.

The work began in April.

Reed & Reed is reconstructing the Eddy Flats and Short Ridge bridges, which both run over Route 302.

Jim Wentworth, Reed & Reed's project manager on the Fryeburg job, said the company is using a Manitowoc 10000 90-ton crawler crane and other large cranes on the job. 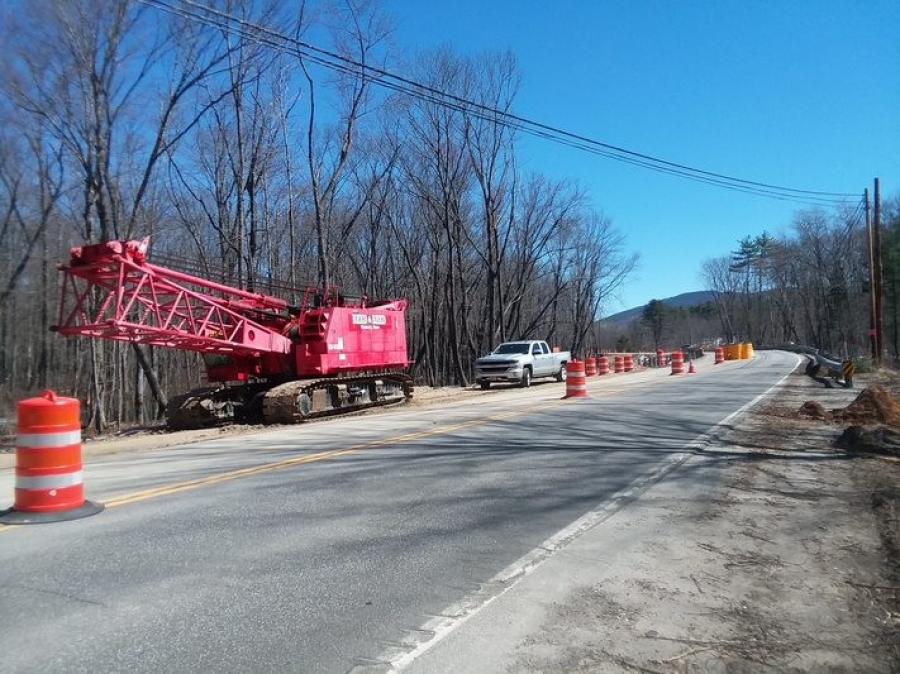 "We're in phase one construction and will construct one half of each bridge at a time," he said. "We're currently doing roadway work, clearing trees and utility lines have been moved. We expect the job to be complete by the end of the summer."

The job has a completion date of August 2020 but Wentworth said it will be completed early to accommodate the Fryeburg Fair in October.

"Two lanes of traffic are needed in and out of town for the fair and there is only one lane of traffic during construction," Wentworth said.

Patrick Holland, vice president of construction operations of AJ Coleman, said, "We're rebuilding and widening Route 302 to widen the canopy and allow more room for drainage. We using recycled asphalt and blending it with the gravel below and paving with new concrete on top of that."

The company also performed earth work early in the job and utilized excavators and bulldozers, Holland said. Caterpillar equipment is being used.

The company will meet the August 2020 deadline and not complete all work this year. "The injection process is time dependent and we can't inject after Sept. 15, so we will be injecting and paving next season," Holland said.

Ernest Martin, a Maine DOT spokesperson, said the budget for the project is $15.4 million, with 80 percent funded by the federal government and 20 percent paid by the state. 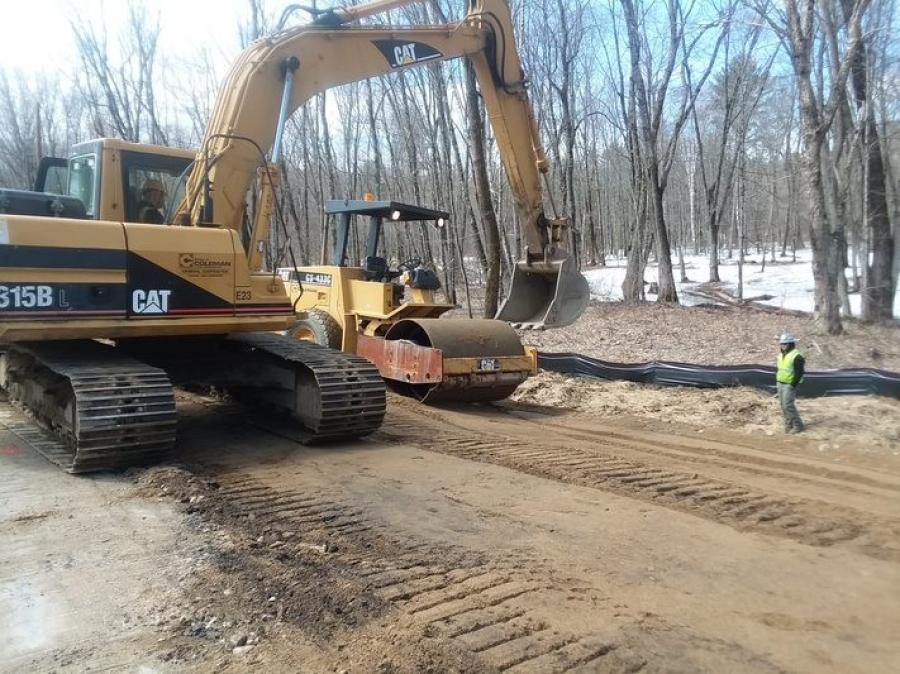 Mark Debowski, project manager of Stantec of Auburn, N.H., the design firm on the project, said Northeast Extreme Tee (NEXT) beams were used on the bridges, which offers improved durability and design flexibility. Both bridges were expanded to 34-ft. width and 58-ft. span to match the width of the paved shoulders on Route 302. He said Route 302 is being widened to add paved shoulders on both sides and 2,300 ft. of sidewalk is being added on sections of the highway.

The Route 302 road reconstruction proceeds from the New Hampshire state line east 1.16 mi. to Elm Street and from Recreational Complex Road east 3.22 mi. to the bridge over Osgood Brook.

"The decision was made to do the construction three or four years ago. The road was in bad shape from Bridgton to the state line and needs to be completely reconstructed and widened," said Sharon Jackson, Fryeburg town manager.