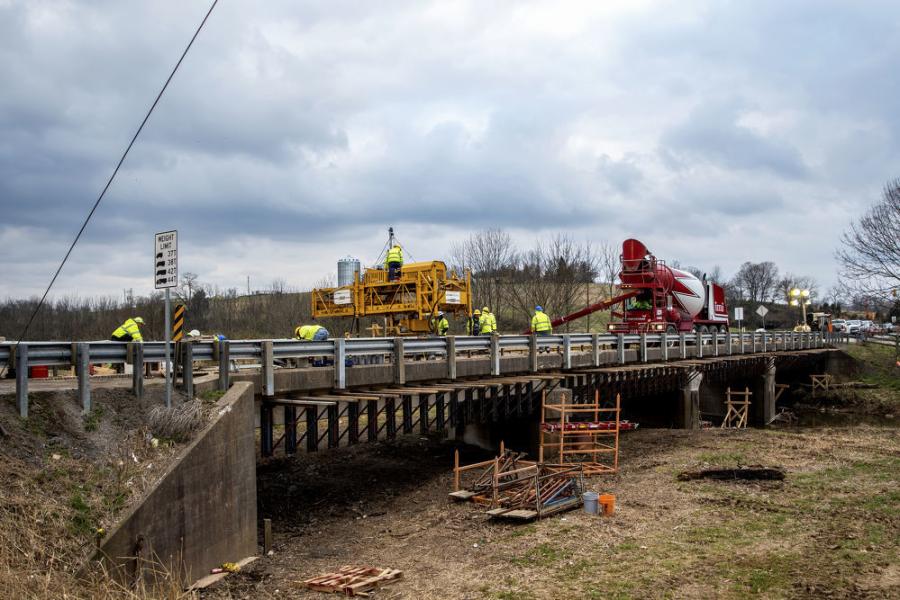 While the bridges are often similar, the program also will address a variety of bridges, including historic, steel truss, stone arch bridges and even a few covered bridges.

The Kentucky Transportation Cabinet (KYTC) recently reached two milestones, completing work on the 100th bridge in a program aimed at repairing 1,000 bridges in the state, and awarding a $93.3 million contract to Central Bridge Company/Bizzack Construction joint venture and HDR to restore 106 more. 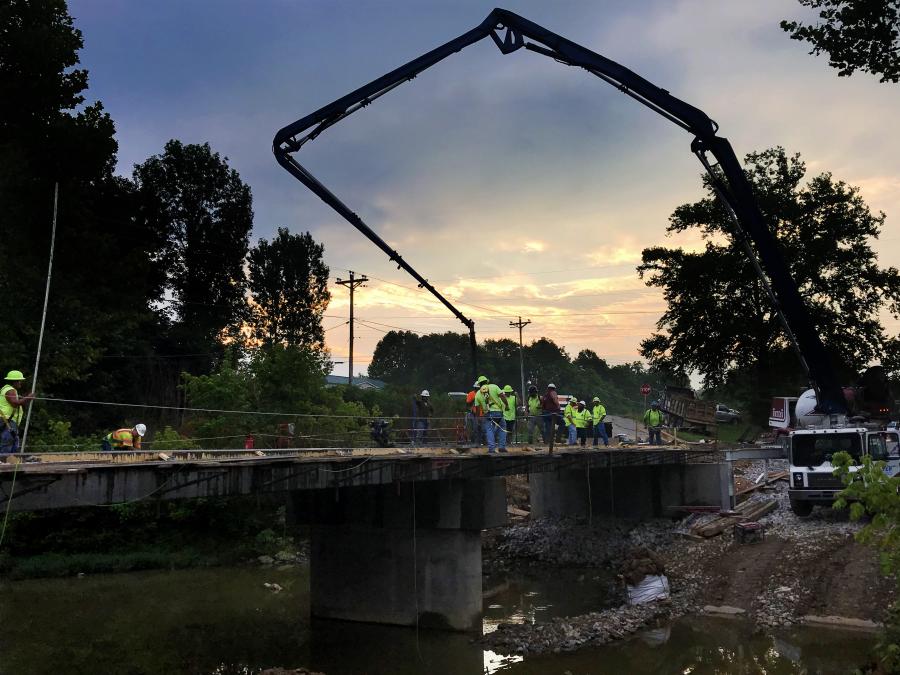 The 100th project to be completed under the Bridging Kentucky program was a new, three-span bridge that carries KY 339/Clinton Road across Massac Creek and serves more than 2,200 vehicles per day on average, said Ed Green, communications manager of Bridging Kentucky.

"The $1.1 million bridge replacement project, completed by Harold Coffey Construction, started in mid-August, and the bridge reopened to traffic two weeks earlier than planned on November 1," he said.

The program, expected to cost about $700 million over six years, began in mid 2018, driven by a backlog of mostly small bridges in poor condition.

"We've got more than 14,000 bridges in Kentucky and about 1,000 were restricted for weight, meaning they had some sort of load restriction or deteriorating conditions and the Federal Highway Administration rated them as poor," Green said. "The Transportation Cabinet looked at that as a limitation for the state. With most other projects, the traditional way in Kentucky has been design-bid-build projects. The design team takes them to 30 percent, then lets them out for construction. In this case, the Cabinet let the design build team managed under the guidance of the transportation cabinet. The Cabinet still sets the specifications for what they want, how many lanes, how long, but the design build team ultimately finishes the design and builds the bridge.

"They really put the program together to do it in a cost-efficient way. So many of these bridges are similar in type, so the scope of work is similar. It's easier for the team to get efficiency by having the team to design those. We've been able to do a lot of that to speed up delivery, but also to save money." 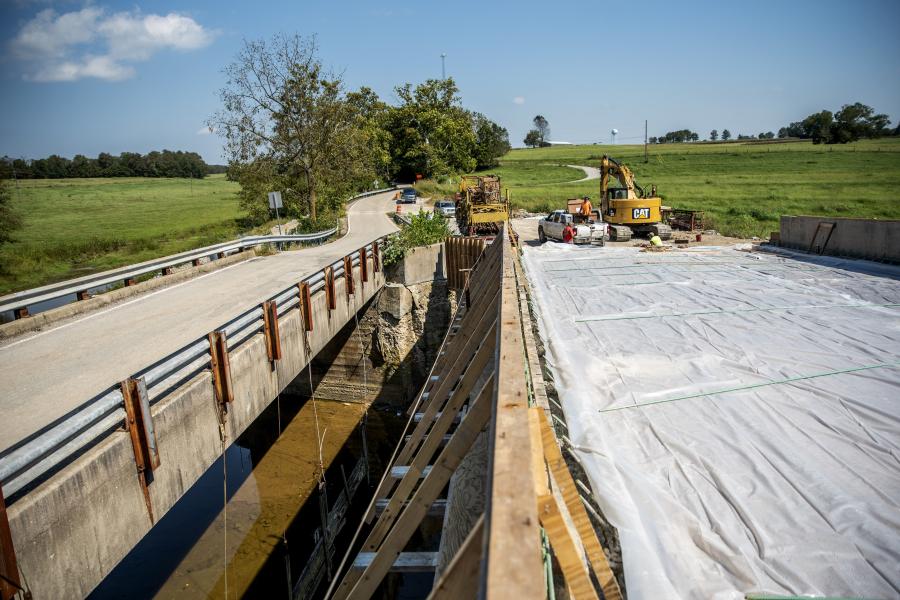 While the bridges are often similar, the program also will address a variety of bridges, including historic, steel truss, stone arch bridges and even a few covered bridges.

"The vast majority cross streams or small rivers," Green said. "Because we were doing it as a program, what isn't in here are interstate crossings, very long bridges or bridges complex in nature. These are very typical, less than 100 feet long on average. The average bridge in the program is a two-lane, approximately 40 feet or less, not a huge bridge. The interesting thing, combined, these bridges serve about 1 million vehicles a day."

Traffic is being handled in a variety of ways. In some cases, they close the bridge for a short period of time, about 30 to 60 days. In others, vehicles are detoured and in those under "part-width construction," traffic is directed by flaggers or a traffic signal.

Construction will start on some of the bridges early next year and construction for all the projects is due to be completed in late 2023. With the award of the latest design-build project, KYTC has appointed contractors for about 350 bridges through the Bridging Kentucky program which was launched last year. CEG