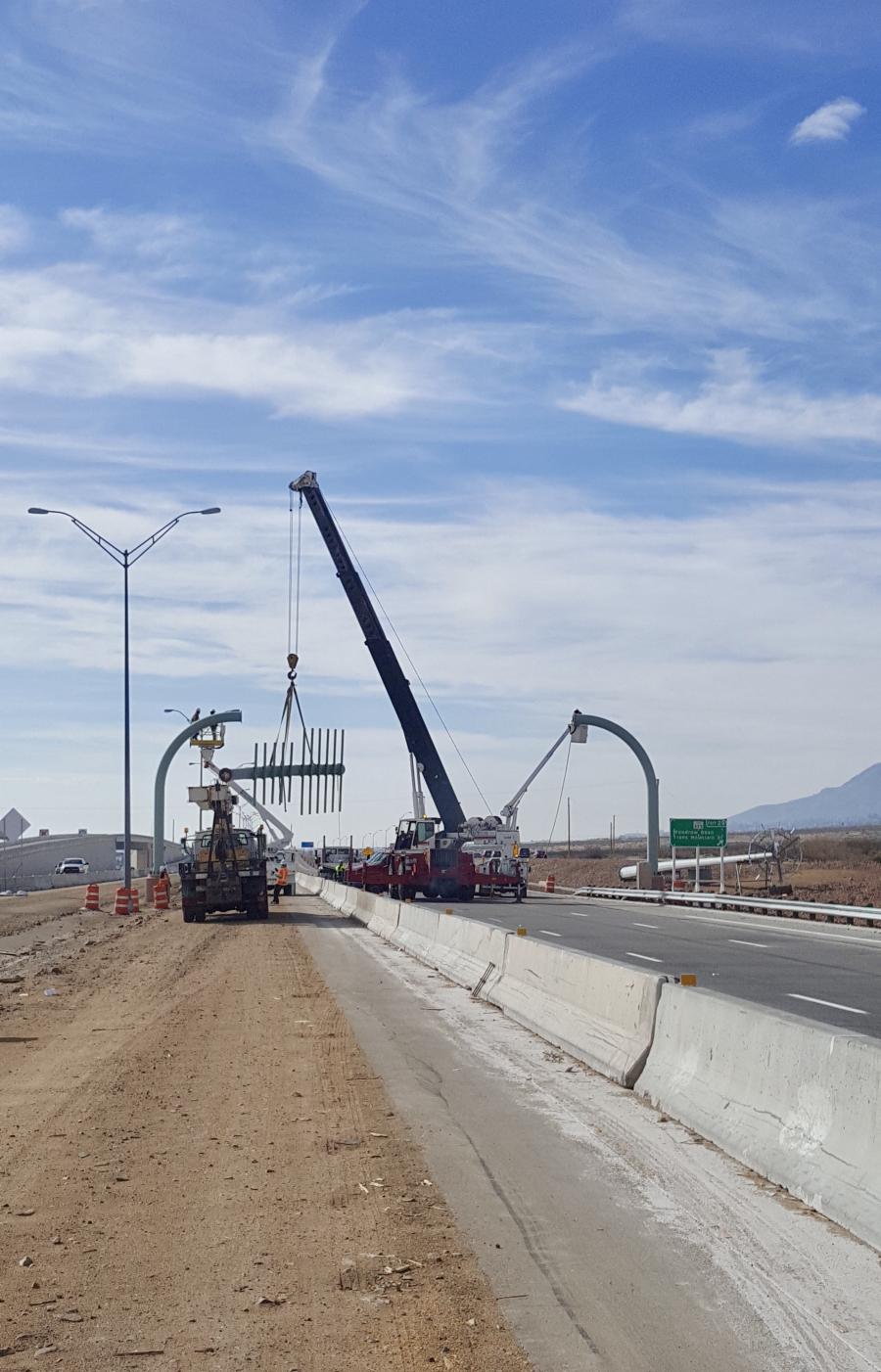 Touted as one of Texas's first state projects to be designed entirely in a 3-dimensional environment, the El Paso Widening and Illumination project comes complete with 3D files for construction. The $35 million venture covers 3 mi. from Hondo Pass to Loop 375/Trans-mountain. Once complete, each side of U.S. 54 in those limits will have an added lane, high mast illumination and turnarounds at Hondo Pass Avenue, Diana Drive and at Loop 375 Trans-mountain. Work will be complete in March 2019.

The project consists of the addition of two main lanes (one in each direction), bridge widening over Diana Drive, and the reversal of exit and entrance ramps. The reversal of exit and entrance ramps will allow for traffic to merge on the access roads instead of the main lanes. In addition to the intersection improvements at Hondo Pass Drive, Diana Drive and Loop 375, pedestrians and residents will also enjoy a 2-mi. shared-use path that will be constructed northbound from Hondo Pass to Transmountain.

“One of the major challenges in this project is providing access to State Loop 375 during construction since the two main lane ramps that provide direct access to the State Loop get reconfigured during this project,” said Armando Ramirez, TxDOT engineer. “State Loop 375 provides an alternate route for IH-10 that is under major construction through several parts of the city and Loop 375 provides alternate route to commercial traffic as well as commute and local traffic.”

Funding for the upgrades has come from Congestion Mitigation and Air Quality Improvement program (CMAQ) and Metropolitan Mobility and Rehabilitation funds, with a 20 percent match of state funds.

“Currently six out of the eight reconfigured access and exit ramps are closed for construction, so drivers have to drive a little extra to take an on ramp or exit before and drive thru a signalized intersection to go to their destinations,” noted Ramirez. “There's a programmed closure of one of the intersections in the project, we anticipate minimum disruption to the traveling public since we are providing a detour at the next intersection thru a turnaround.”

The Diana underpass on Northeast El Paso was scheduled to close for at least 10 weeks. During this time, construction crews have been widening the bridge at that location. While drivers are instructed to follow detours and expect a temporary U-turn at Hondo Pass, construction crews are mitigating detours and delays to minimize traffic impact.

Less than a mile from U.S. 54 is the Franklin Mountains State Park, a 27,000-acre space for hiking, biking and rock climbing. The Park will open a new $3.5 million visitor center this year. U.S. 54 also provides access to Fort Bliss, the U.S. Army base headquartered in El Paso.