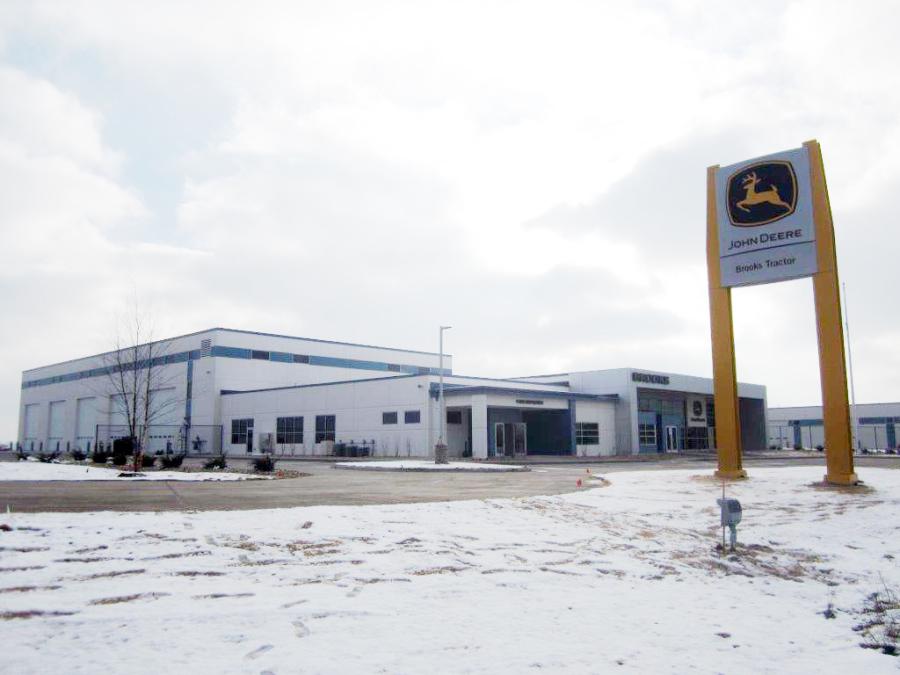 Brooks Tractor, a Wisconsin-area construction equipment dealer, announced its newest 35,000-sq.-ft. branch in Mount Pleasant, Wis. The location, which features a 30,000-sq.-ft. main building and a 5,000-sq.-ft. parts storage building, is situated on 10 acres near interstate I-41/I-94 for convenient access. Dual 15-ton cranes, 20-ft. overhead doors and an overhead lube system will allow technicians to service machines at the new location, and the company also will use two Ford 750 service trucks to meet customers' needs in the field. Customers also will have the opportunity to test intelligent machine control in the company's demonstration area.

Brooks Tractor has been built on a tradition of excellence since 1945. Lewis P. Brooks returned to Sun Prairie in 1945 after serving as a U.S. Army combat medic during World War II. He decided he had a future selling farm implements, which he had done before the war. With some borrowed capital and a partner, he opened a Ford-Ferguson dealership in a century-old wood frame building near downtown Sun Prairie.

“We are excited to announce that we added Topcon to our portfolio of positioning products,” said Mary Kay Brooks, general manager, Brooks Tractor. “When John Deere announced SmartGrade, their first in class series of dozers with Topcon integrated grade control, our customers asked if that meant we would be their Topcon dealer. As of now, the answer is 'yes'. We are excited to be a full-service OEM authorized Topcon distributor for the state of Wisconsin.”