Building A New 'Field of Dreams' 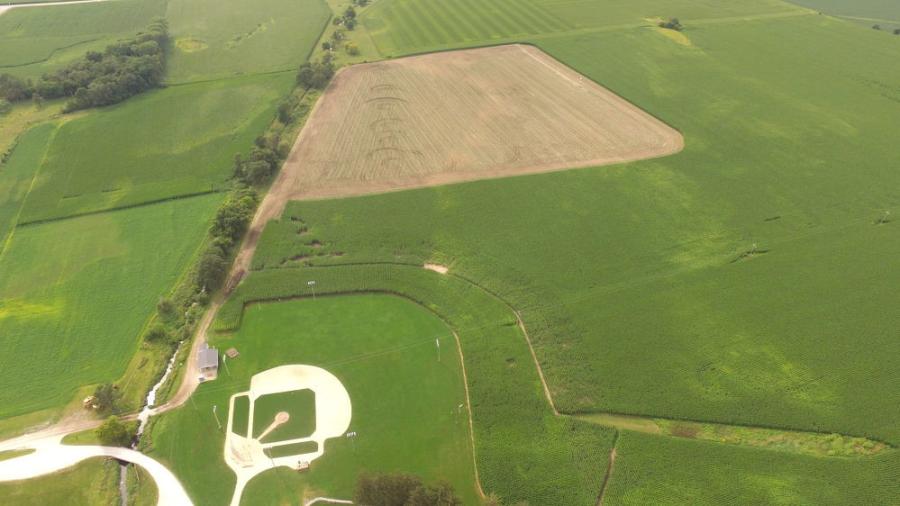 The new baseball field is being constructed in a former cornfield near the original “Field of Dreams” movie field in Dyersfield, Iowa.

With less than a year to go 'til game day, event planners are hard at work getting the "Field of Dreams" ballpark ready for the Aug. 13, 2020 Major League Baseball game between the White Sox and Yankees.

The new baseball field is being constructed in a former cornfield near the original "Field of Dreams" movie field in Dyersfield, Iowa. It's part of an effort by Major League Baseball to bring the game to places that don't normally see the sport. A field was constructed previously in 2016 in Fort Bragg, N.C. 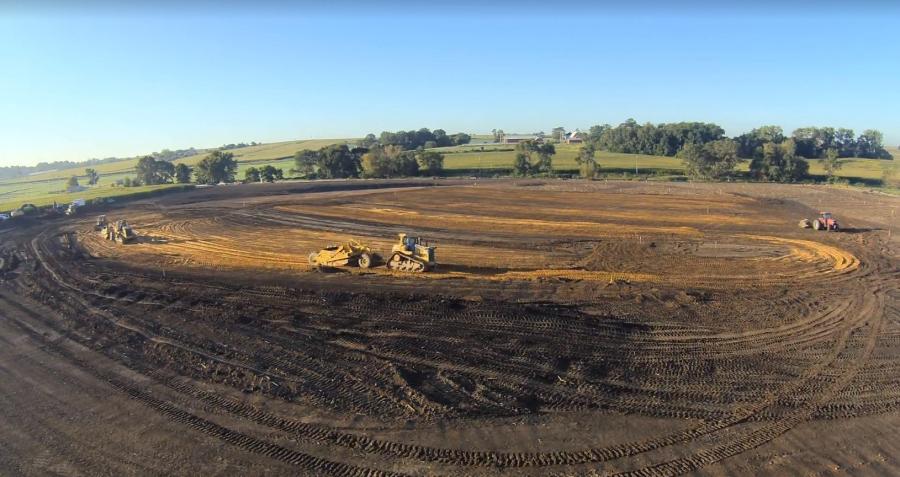 "Commissioner Rob Manfred and Deputy Commissioner Tony Petitti, believe strongly in bringing major league games in areas of the country that do not typically get to enjoy major league games," said Michael Teevan, MLB vice-president of communications. "There are pockets around the country that have very strong fanship. In the commissioner's vision we've brought games to Omaha, Nebraska at the site of the College World Series, an annual game to Williamsport, Pa., home to the Little League World Series, and they played at Fort Bragg as a salute to the military. It's all a part of making regular season more festive, to bring games to fans who don't normally get to attend games and to create memories for people at these really exciting venues."

The site is about 17 acres in size and has already been cleared of the corn that grew there.

"We've begun to grade the site to meet the requirements to install the field and all the bits and pieces of structures," said Murray Cook, president BrightView Sports Turf. "We're doing all the site creating this fall, along with completing the substructure and the fencing. By next spring we'll install the sod and do all the details sometime in May. June is when the rest of the building structure comes in.

"We're removing 30,000 cubic yards of soil around the site. Iowa has a tremendous construction industry. They are used to managing farmland. It's great that we can lean on local vendors to provide all the backhoes, dozers, skid steer loaders to do the grading. All those items are pretty typical. We did use specialized equipment items to mow the field. Iowa has great ball parks that do a great job of taking care of their local fields."

The park will feature dugouts and bullpens along with much of what fans expect to find at a major league park, Cook said. 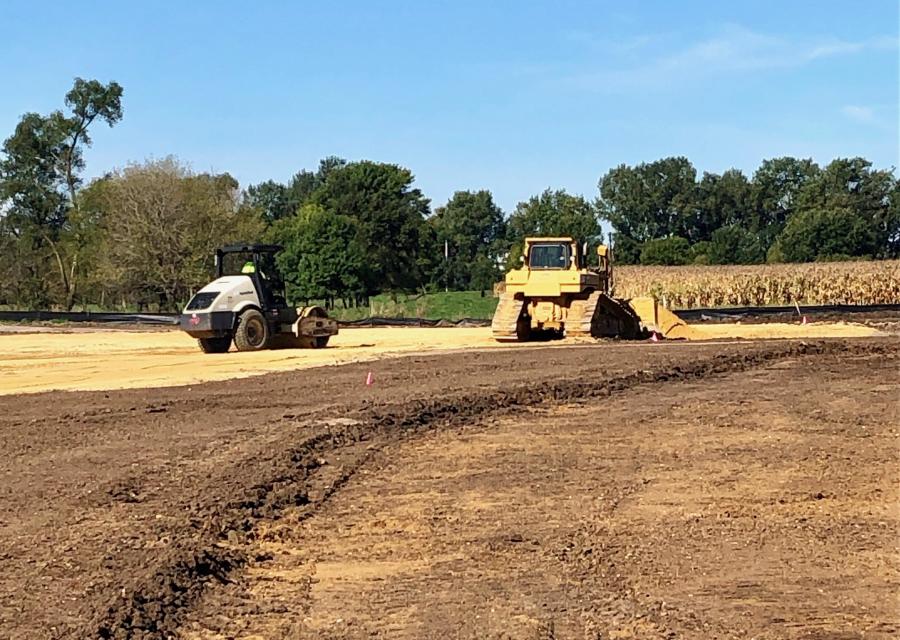 The ballpark will include an 8,000-seat stadium along with food and beverage concessions, clubhouses, training facilities, batting tunnels, media work spaces and staff space — all of it temporary.

"When the game is complete and everyone leaves, there will be a baseball diamond there," said Annemarie Roe, executive producer of BaAm, which designs and builds large scale events. "We're trying to make use of reusable and temporary construction methodologies. There will be temporary power, local water service.

"The seating bowl is scaffold construction with bleacher seating and bucket seats you would use in temporary assembly, like a concert. We're using the CAD blocks for seating structure. We can design and scale the stadium, build in canopy construction and camera platforms, all using the same scaffolding approach."

While still in the design stage, the ballpark will be themed to reflect the Chicago and New York teams playing, as well as the 1989 Oscar-nominated film.

"All of that artwork will be integrated using temporary materials. The fencing will be built to meet all the requirements of a 2020 major league ballpark game. We'll use artwork to create the look and feel in keeping with the game like this." CEG

Will the game be played on the same field that was used in the movie?

No. Not only is that field not up to typical Major League dimensions, but too many balls would get lost in the cornfield.

Where will the ballpark be located?

Though we don't yet have info on the park's specific dimensions, the design of the park will pay homage to Chicago's Comiskey Park, which was home of the White Sox (and, for a time, "Shoeless" Joe Jackson) from 1910-90.

Will the ballpark be used again?

The field will stay intact. Go The Distance Baseball, the company that operates the movie site, will consider other potential uses for it.

Will this be the smallest facility to house an MLB regular-season game?

No, BB&T Ballpark at Historic Bowman Field in Williamsport, Pa., where the Little League Classic is held, is the smallest, with a capacity of 2,366.

What happens if the game gets rained out?

With an off-day scheduled for the day after the game, there is room in the schedule to make the game up.

Has MLB ever had a regular-season game in Iowa?

No, this will be a first. But the White Sox and Cubs did stage an exhibition in Fort Dodge, Iowa, in 1942, for the opening of Dodger Stadium (no, not that one). Hall of Famers Bob Feller, Cap Anson, Dave Bancroft, Fred Clarke, Red Faber and Dazzy Vance all hail from Iowa. Feller's father, William, predated the movie idea by building his son a ballfield on the family farm in Van Meter.