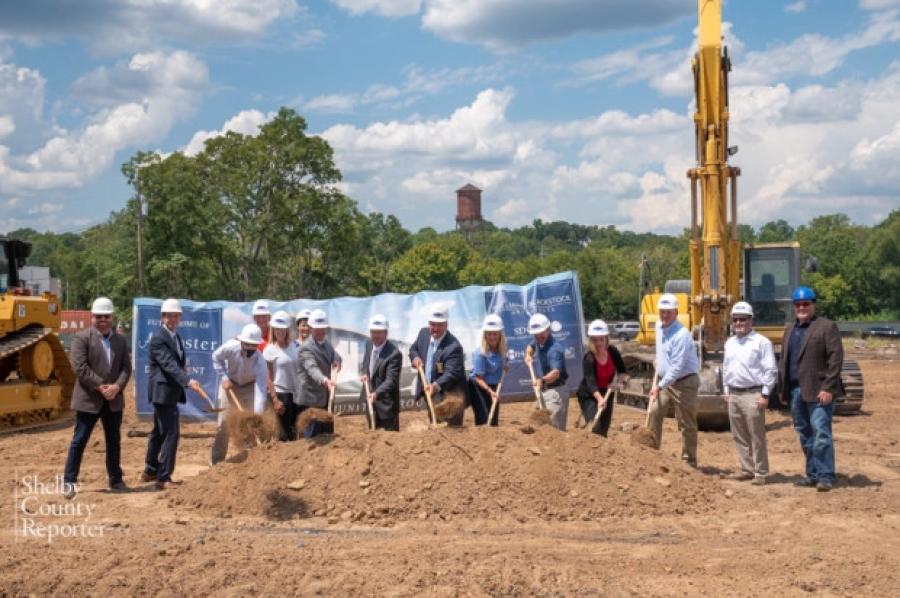 According to Alabaster Chief of Police Curtis Rigney, construction is set to begin on the city’s new police station in the next two weeks. (Shelby County Reporter photo)

Construction is almost under way for the new Alabaster Police Station in central Alabama.

The new facility, which will be located on the corner of State Highway 119 and 11th Street Southwest in Alabaster, is slated to begin in early February, according to Chief of Police Curtis Rigney.

Rigney said the land has been cleared and construction crews are ready to ramp up their work.

"We are still waiting on some of the existing utility poles to be removed by Alabama Power before they can start erecting the building, but we are hoping that will be completed in the next week or so," Rigney said in mid-January. "The construction company is ready to go and do what we need."

The new building will join the Alabaster Police Department together in one location after many years of being spread out in multiple locations across the city.

Rigney said the new facility will be useful for many years and modern enough to keep up with the times.

"It should take about a year to complete," Rigney said. "It will have everything we need [and] be a building that will be very modern but with room for growth, so we hopefully will not need to build anything else soon to expand. We designed this building for a purpose, and one of the purposes is so we don't have to ask for additional funds for expansion."

Instead of having the jail in the building, Rigney said they will use the Shelby County Jail to house inmates.

He hopes the community will be appreciative of the new building when it is completed.

"It will be a very aesthetic facility, very nice and welcoming," Rigney added. "The lobby will be welcoming, and the public will be proud of this building. It will encompass everything we need as far as technology goes, the things everything we need to serve the citizens of Alabaster and to solve crime."

Rigney said his department anticipates moving into the building in February 2022.

The City of Alabaster Police Department is located 20 mi. south of Birmingham and is considered by most to be part of the Greater Birmingham area. The town has approximately 34,000 residents, served by a staff of 90 employees.