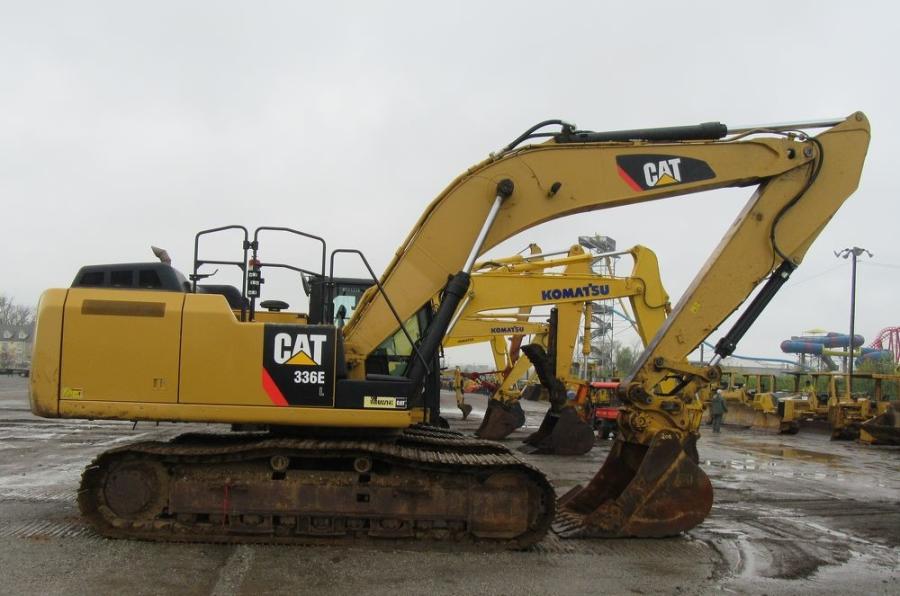 A row of excavators stand ready to go up on the block.

Bunch Brothers' annual Spring Auction was held on April 24 and 25 at the Kentucky Fair and Exposition Center in Louisville, Ky. The two-day event featured a large selection of equipment from area contractors, dealers, individuals and rental houses. On day one, equipment included: backhoes, dozers, excavators, skid steers, telehandlers, wheel loaders and a variety of other equipment. Day two featured a large lineup of trucks up for bid. The auction attracted an active group of equipment buyers onsite as well as a strong response from online bidders.