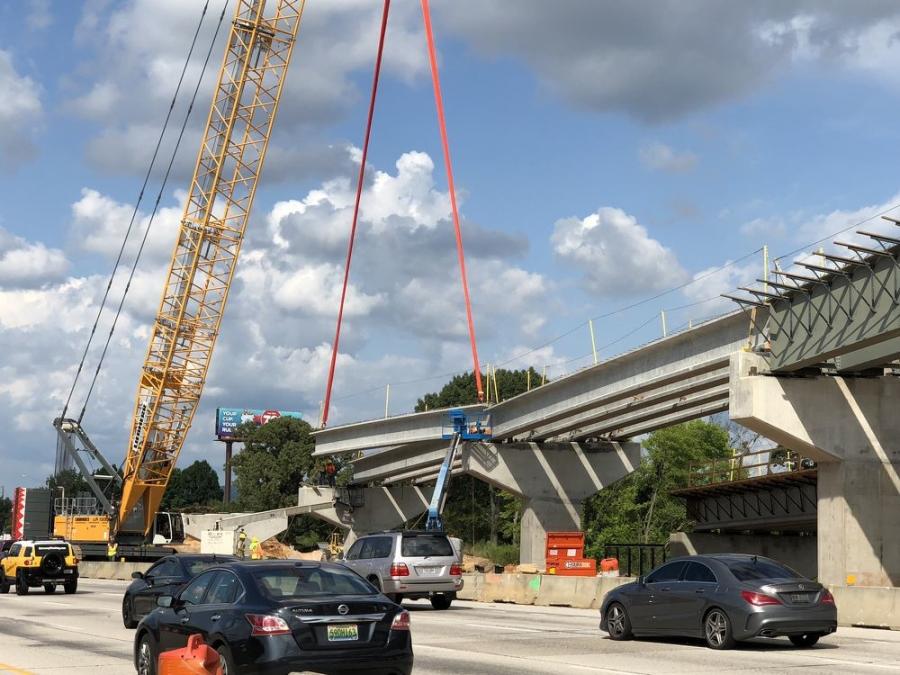 Demolition of the old bridge and construction of the new one is expected to take 14 months. (ALDOT photo)

Motorists in Birmingham, Ala., are dealing with the lengthy shutdown of a major thoroughfare as construction crews focus their efforts on the replacement of a bridge at Interstate 59/20.

The Alabama Department of Transportation (ALDOT) is overseeing the $475 million Phase 3 of the work, with the closure in effect for more than a year.

"It was estimated that 14 months was the necessary allotted time to complete the demolition and erection of the new bridge, taking into consideration all of the challenges this work includes," said Amber Seymore, ALDOT assistant construction engineer. "The bridge has reached the end of its life. It's functionally obsolete, and structurally deficient. ALDOT has reached the point in this project where it's time for the central business district (CBD) bridge replacement."

According to ALDOT's website, the bridges along I-59/20 and portions of I-65 through Birmingham's CBD were built more than four decades ago and were originally designed to serve 80,000 vehicles per day. 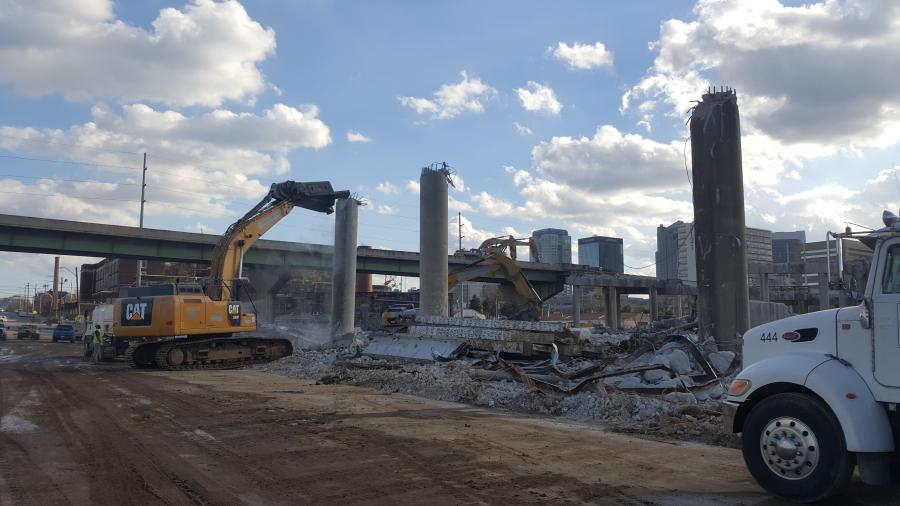 Today, this portion of the interstate has the highest rate of traffic flow in the entire state, carrying more than twice the number of vehicles than originally intended. By 2035, this number is expected to climb to more than 225,000 vehicles per day.

Crews have been working on the interchange at I-65 and I-59/20, dubbed "Malfunction Junction," for an extended period. Work on Phase 1 began in September 2015 and was completed in the fall of 2016. Much of the construction involved the widening of roads and elevating some bridges at the interchange of I-59/20 with I-65.

Phase 2 required redesigning and constructing the new interchange ramps at I-65 and finished in late 2018. Work on Phase 3 calls for the replacement of bridges at the interchange between I-59/20 and Red Mountain Expressway, or U.S. 31 and U.S. 280, and the bridges that carry I-59/20 through downtown. The project is scheduled to be completed by the end of 2020.

In addition to demolishing the existing bridge, crews have been responsible for completing construction of the new foundations, erecting the columns and caps (mostly pre-cast concrete units), casting segments for the new bridge and erecting the segmental bridge.

As for the number of crew members working on the job, "It's mostly day work," said Seymore, "but there are a lot of nighttime construction activities. The contractor has upwards of 200 people on the project." 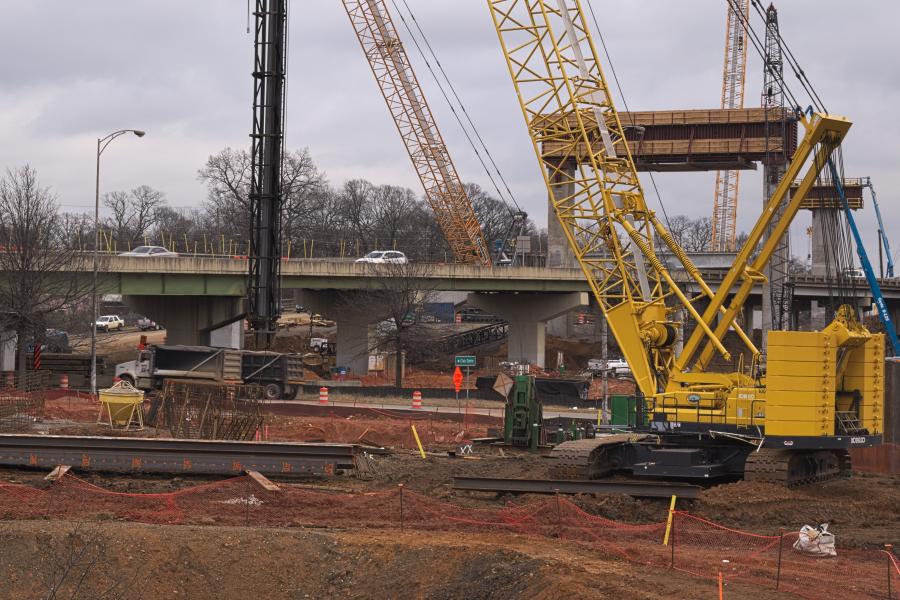 According to Seymore, one of the biggest challenges regarding the shutdown involves facilitating the detour traffic, not only during normal commuting times, but also during events at the Birmingham Jefferson Civic Center.

"There's an obligation by ALDOT to keep a certain number of north and south city streets open at all times under the bridge. Part of the bridge goes over the railroad, which the railroad indicates it to be one of the busiest sections of rail in the Southeast."

Seymore noted that rebuilding the aging highway overpasses has taken a lot of planning.

"There was a lot of prep work prior to the actual closure of the mainline bridges," she said. "We had to start by making several improvements to the I-65 and I-59/20 interchange, along with bridge widening on I-65 and bridge replacements over I-59/20. This work was done in three previous projects.

"In the current project, there were several improvements that had to be made near the I-59/20 and E. B. Stephens Expressway interchange prior to the shutdown of the I-59/20 bridges. There were also several ITS and signal/intersection improvements done to the detour routes, to help better facilitate the increased traffic. Crews spent a lot of time and effort in trying to improve the detour routes for the increase in traffic, without changing any pavement layouts prior to the shutdown."

Regarding issues along the way, "There have been several unexpected utilities that had to be first labeled correctly, then either relocated or had to be worked around," said Seymore. "Figuring out what some of the unmarked, unlabeled utilities were was very challenging at times."

The elements have been a concern for workers, which is typical of most construction projects.

"Rainfall amounts over the last several months have been greater than usual," Seymore said. "Cold weather has been an issue when the contractor has been trying to pave asphalt or do various concrete work." 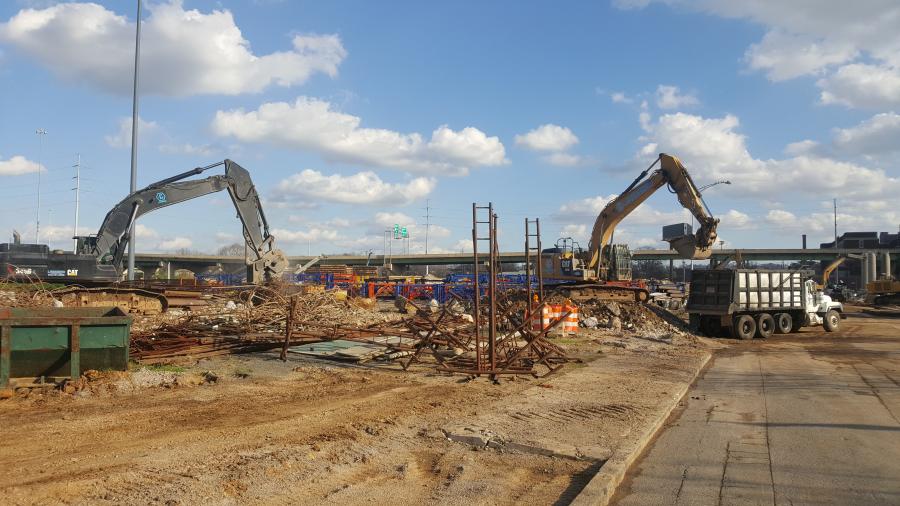 Approximately 320,000 cu. yds. of soil material will be handled on the project, with cranes and track hoes among the equipment being used. Some of the main materials being used during construction include concrete, reinforcing steel, concrete girders, steel girders, post-tensioning tendon and asphalt.

Seymore said as work continues, updating the community on the project is key.

"It has been very important to ALDOT to keep the public informed of the detour, and any upcoming closures that may affect the traveling public," she said. "The Birmingham-Shuttlesworth International Airport is nearby, and the shutdown has caused some travelers unfamiliar with the area to have to find another route. ALDOT was in contact with Waze and Google Maps to inform them of the shutdown, so they could update their maps to reflect the closures."

So far, the majority of the feedback from drivers has reportedly been positive.

"Prior to the shutdown, motorists were made aware of the upcoming change to their commute and told to make plans," Seymore said. "ALDOT ran a call center the first few weeks to help facilitate any questions concerning the detour. We also have a website that provides detour information to the public."

Seymore noted that, overall, the project is going well, even though shutting down such a busy stretch of roadway has been no small feat. 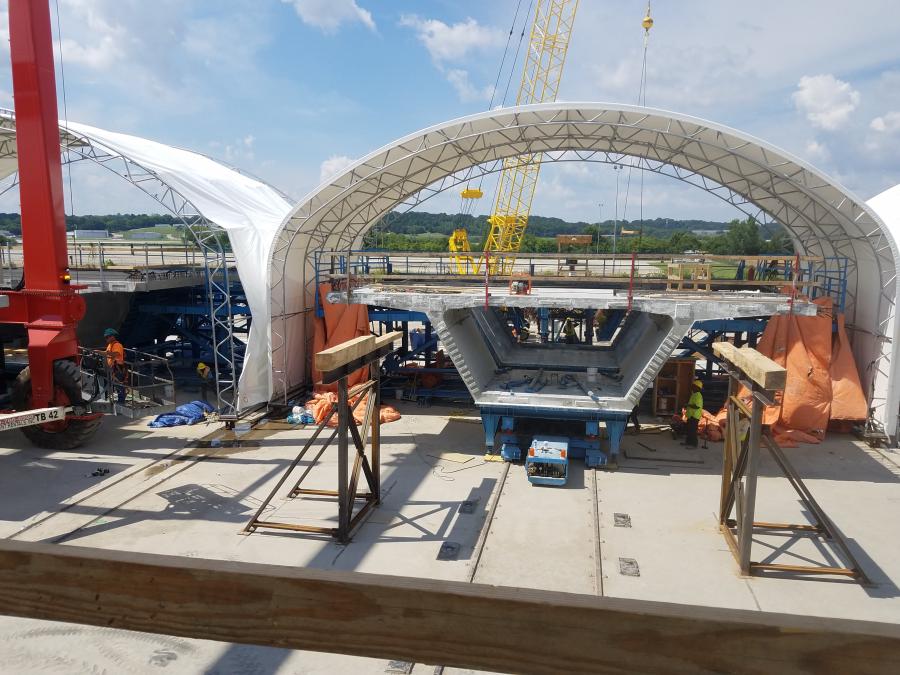 "There are many behind-the-scenes preparatory needs, but one of ALDOT's main objectives was analyzing the detour routes and implementing changes to help the detour flow as smooth as possible," she said.

Through the years, many have questioned why the interstate could not be re-routed. ALDOT determined it was not possible, explaining that even if this were an option, it would have required a minimum of three decades to plan and prepare for a move, with a more than $2 billion price tag.

Over the past half-century, the amount of traffic through Birmingham has climbed dramatically. This has led the original design to become functionally obsolete. In addition, the interchange at I-59/20 and Red Mountain Expressway needed to be updated. ALDOT says its plan addresses the concerns and improves traffic flow for all motorists. When performed in conjunction with rebuilding the bridges, it will also eliminate the conditions responsible for causing accidents and congestion.

ALDOT has further stated that rebuilding the bridges will provide substantial benefits that were not available by redecking. Rebuilt bridges will have auxiliary lanes, with full shoulders and improved safety. It will also require the bridges to be closed for a full year less than redecking would require, and the finished product will be quieter and have improved aesthetics. At a cost difference of $25 million, officials decided the benefits of rebuilding the bridges definitely outweighed the expense.

As Phase 3 work moves forward, engineers and others involved in the massive effort are keeping an eye on the big picture.

"It's very rewarding to be a part of a once-in-a-lifetime project that's also the first ever in the state," Seymore said.