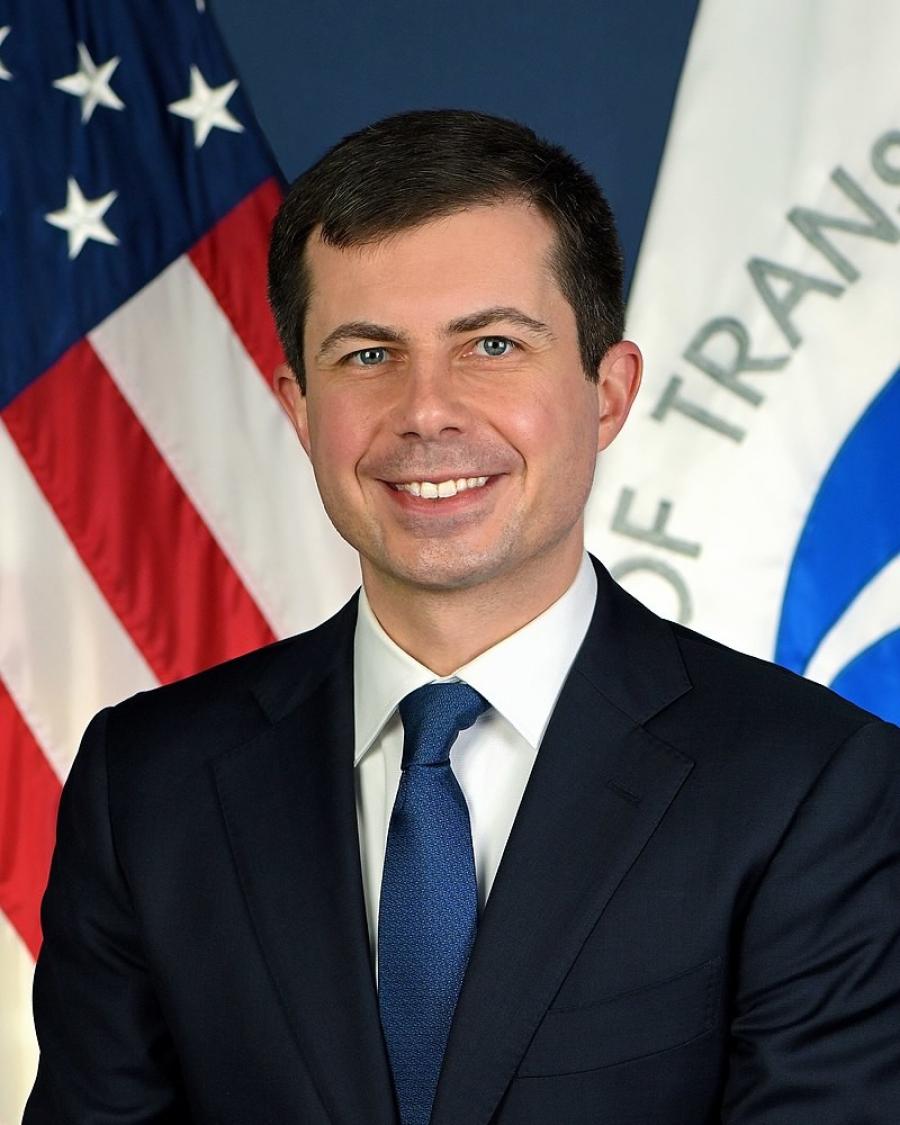 Atlanta's most high-profile and problematic infrastructure issues were on display May 21 for U.S. Transportation Secretary Pete Buttigieg, who came to the city to talk about President Biden's scaled-back $1.7 billion proposal to improve and rebuild the nation's infrastructure.

While in the Georgia capital, Buttigieg learned about Atlanta's biggest infrastructure headaches: long lines at the airport, traffic-clogged interstate highways, new demands for funding for transit-oriented developments and questions about the Beltline's future, among others.

The Biden administration both wants and needs Republican support for the infrastructure bill. The White House demonstrated that by announcing a cut of roughly $500 billion from the initial proposal as Buttigieg was meeting with senior Georgia Democrats in downtown Atlanta.

Though many Democrats worry President Biden could be giving up too much to satisfy skeptical Republicans, Buttigieg sounded a cautiously optimistic note that the negotiations were making headway in an interview with the Atlanta Journal-Constitution.

"Well, on the one hand we've made a significant move," he said. "On the other hand, the president is firmly committed to the major priorities as planned, and that was reflected in the counter that we made.

"So, what you see here is an investment that will continue to represent a major, historic, generational investment," Buttigieg added, "but one that we hope is one step closer to something that could earn support across the aisle."

The slim-down of the original $2.1 billion plan was revealed at the tail end of Buttigieg's visit, which offered him a close-up look at the transportation challenges that have long troubled Atlanta residents.

Local officials began Buttigieg's visit by leading him on a slog through the muddy underbelly of Atlanta's Hartsfield-Jackson International Airport, where a team of drillers was slowly expanding a new Plane Train tunnel beneath the granite to help speed passengers between busy terminals, the newspaper reported.

After that, Buttigieg got on the MARTA for the quick trip to East Point, joining Georgia's U.S. Senators Jon Ossoff and Raphael Warnock on a tour of transit-oriented development. He ended the day at the headquarters of the Beltline, the ribbon of trails surrounding Atlanta where transit advocates hope to leverage federal funding to complete a $2.5 billion light-rail loop.

Biden's plan to remake the nation's infrastructure may not go down easily with Georgians, though. A Journal-Constitution poll in May found that while a slim majority of voters support the initiative, state residents are divided on whether to levy higher taxes to finance the infrastructure effort.

The plan extends far beyond building roads, bridges, mass transit and new and improved utility installations — the traditional definition of "infrastructure." Biden wants to also include a range of other projects, like rehabbing the nation's electrical grid, investing in renewable energy, making homes and commercial buildings more energy-efficient, and upgrading schools, veterans' hospitals and childcare facilities.

The Journal-Constitution noted that the infrastructure bill also would provide $20 billion that Georgia's U.S. Rep. Nikema Williams sought to "reconnect neighborhoods" decimated by highway construction. That could benefit Atlanta neighborhoods bisected by the Downtown Connector and I-20, according to the newspaper.

"I'm on the visionary side," said Williams, who joined Buttigieg on the tour. "I'm willing to negotiate on how we get there to cover it all, but I want to start with a big, bold and visionary plan to reconnect communities here."

Congress is expected to take up Biden's plan this summer. The president is aiming for a bipartisan agreement, although there is a narrow pathway for Democrats to pursue without one.

"This is exactly why the president's American Jobs Plan is so important," Buttigieg said, using the administration's name for the infrastructure plan.

"It's responding to the needs that we have. But it's not just patching up or restoring or improving what we've had all along," Buttigieg noted in his remarks to the Journal-Constitution. "It's also a vision for the future."

The White House provided the Atlanta news source with the following list of the plan's projected costs for its construction-related projects: