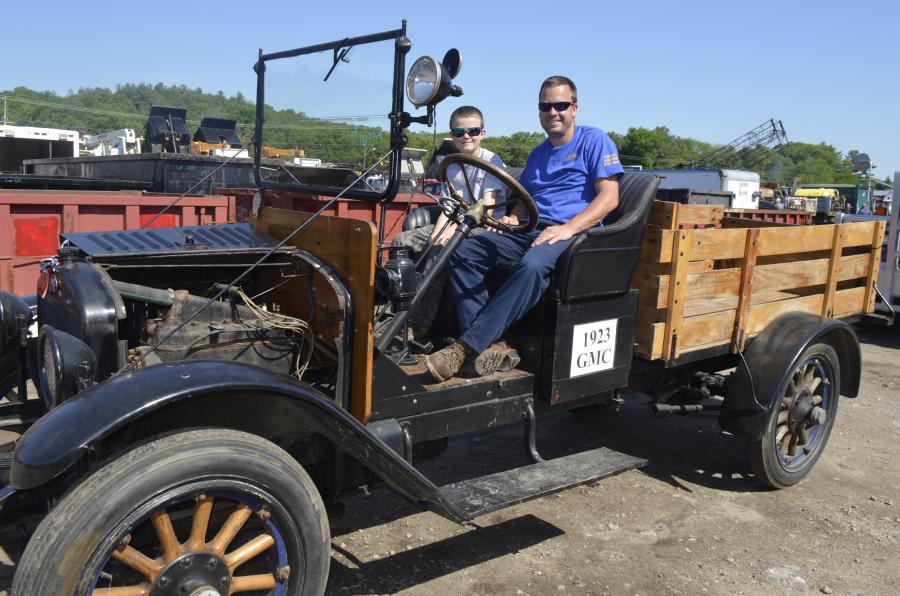 Logan Jakubowicz (L) and his father, Eric, of Brookside Equipment, Phillipston, Mass., were checking out this vintage GMC.

The sale attracted more than 440 ground bidders plus an additional 250 online bidders and brought in more than $3 million in sales.