On June 12 and 13, Carolina Cat hosted consecutive demo days for customers in the Charlotte, N.C., region featuring Caterpillar's latest and greatest in new technology. More than 400 people attended the two-day event, which showcased Cat's Next Generation equipment lines spread out over approximately 20 acres. Customers were given the chance to operate their choice of new machinery while receiving valuable product information from the Carolina Cat staff members that were on-hand providing assistance.

An estimated 50 machines were available to test out, including: five different dozers; four 20- and 30-ton factory grade excavators with 3D technology; five mini-excavators with an easy-to-operate stick steer, user-friendly controls and an intuitive Next Gen monitor; the Cat 120 motorgrader with a steering wheel; the 740 ejector truck; and six unique skid steer and compact track loaders with Trimble Earthworks Go!

One positive attribute of the Next Gen excavators and dozers is that much of the equipment's preventative maintenance cycle has been removed, allowing for 40 percent less maintenance cost to the owner. Instead of going 250-hour intervals, they have now gone to 500-hour and sometimes even 750-hour intervals before PMs must be conducted. The machines also burn cleaner fuel at 25 percent better fuel efficiency. For Cat's line of Next Gen dozers, users may choose from updated configurations and enjoy a fully redesigned cab and a choice of tradtional transmission or electric drive on the XE models.

Although they do not belong to the Next Gen family, Carolina Cat was equally promoting the usefulness of its Caterpillar ejector truck line during the two demo days. "Most of the dump trucks that you see are tipper trucks, which means they stop, dead stop, raise the bed and dump material," explained Mark Kincer, sales manager. "However, you lose the time when you stop." Ejector trucks are able to maintain their speed to the point where they complete 50 percent more cycles. They are available in two varieties: the 740 (40-ton) and the 730 (30-ton). 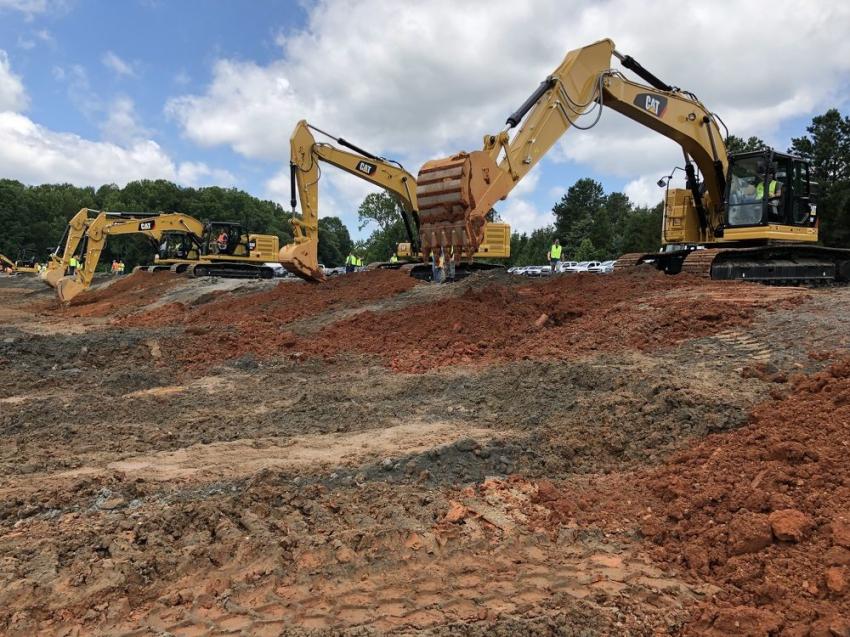 Testing out a group of Caterpillar’s excavators. 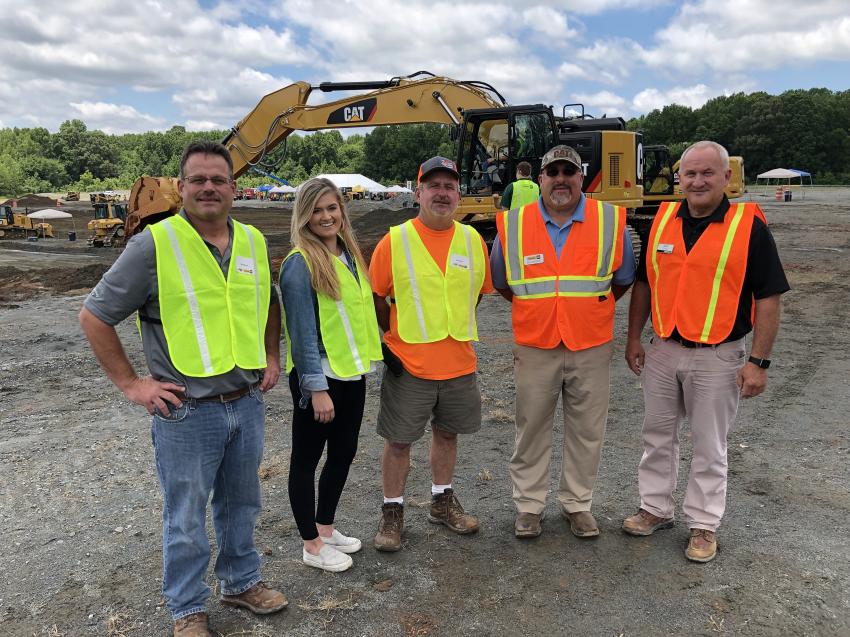 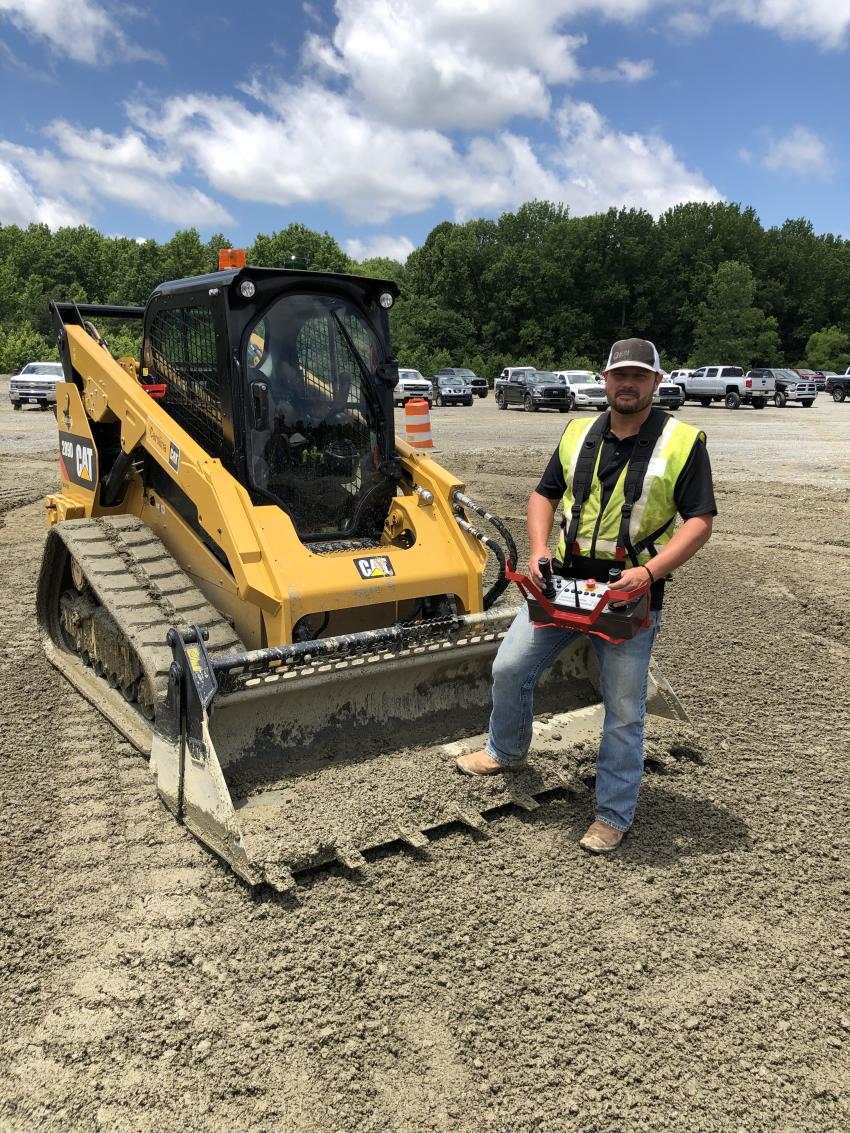 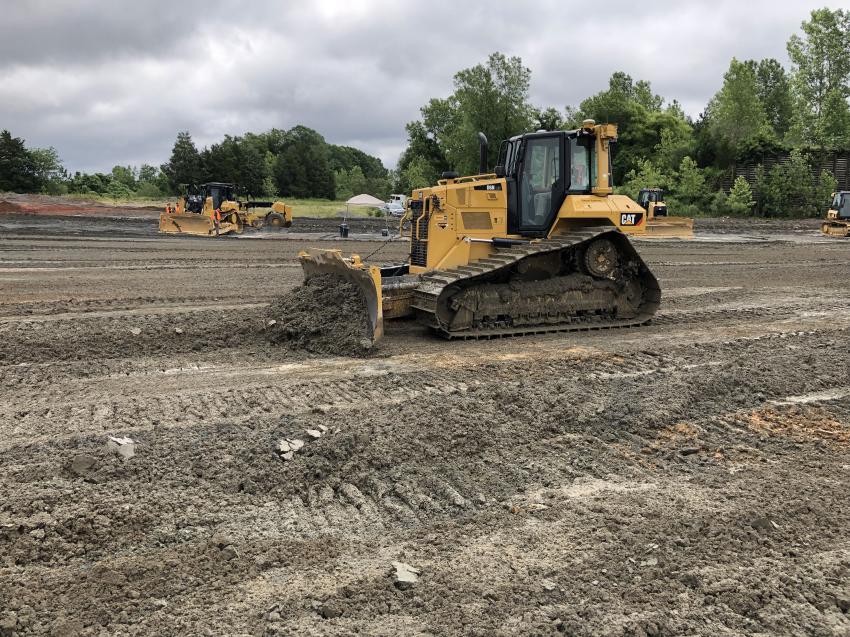 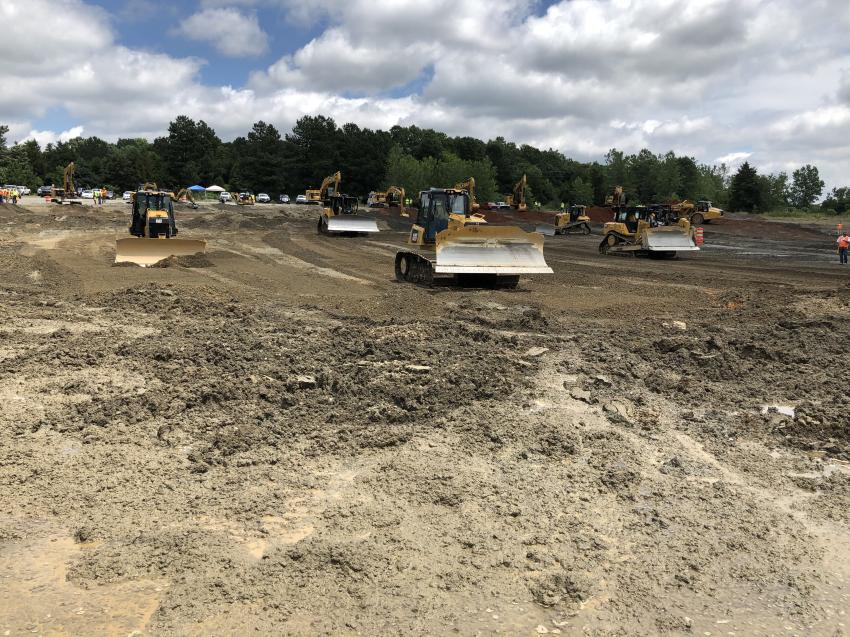 A fleet of Cat dozers are demoed for the customers in attendance. 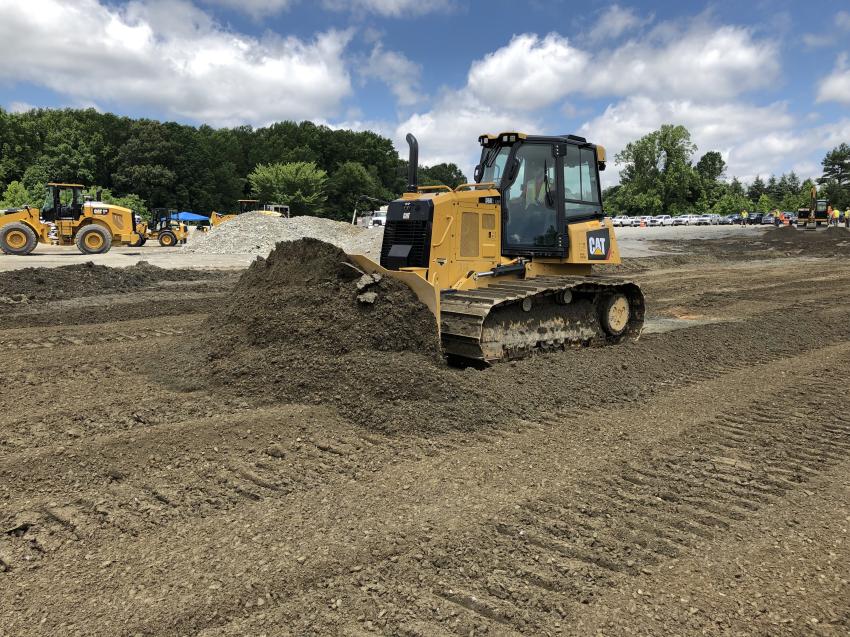 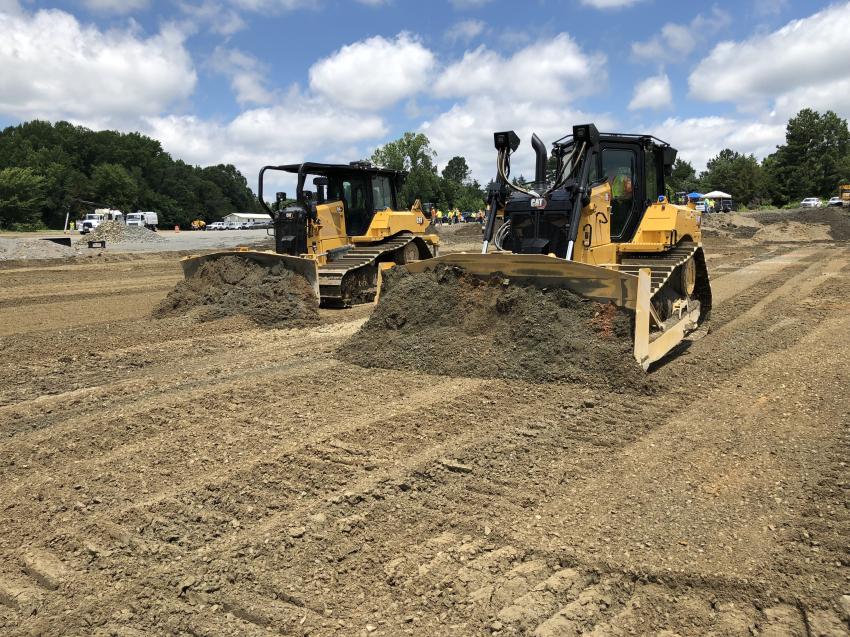 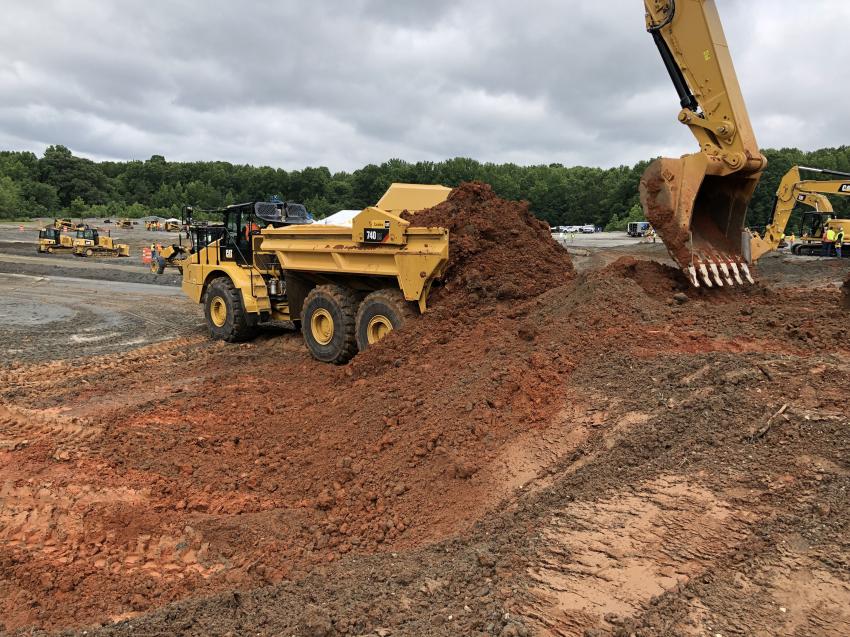 Moving a big pile of dirt is easy with the Cat 740 EJ articulated truck. 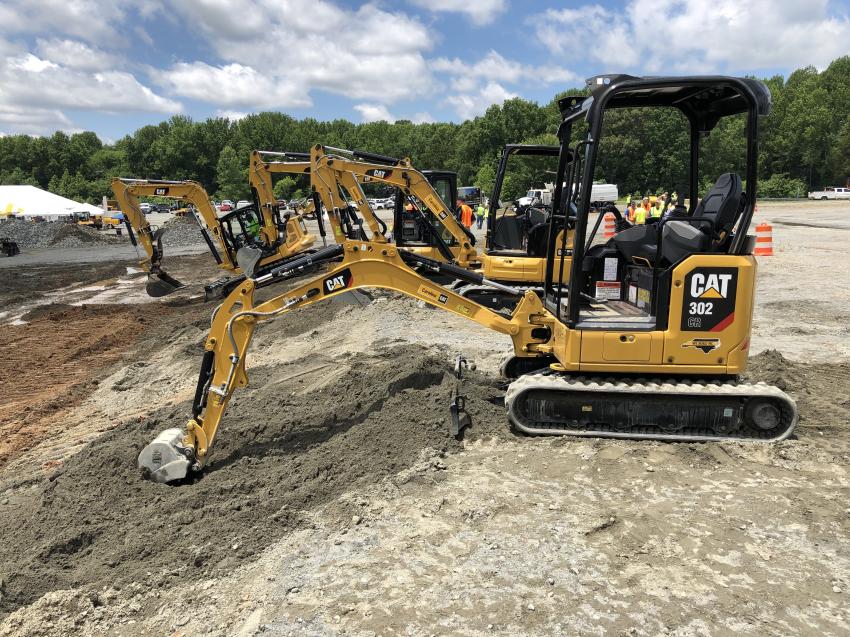 Cat’s extensive line of mini-excavators has a product for all project needs both big and small. 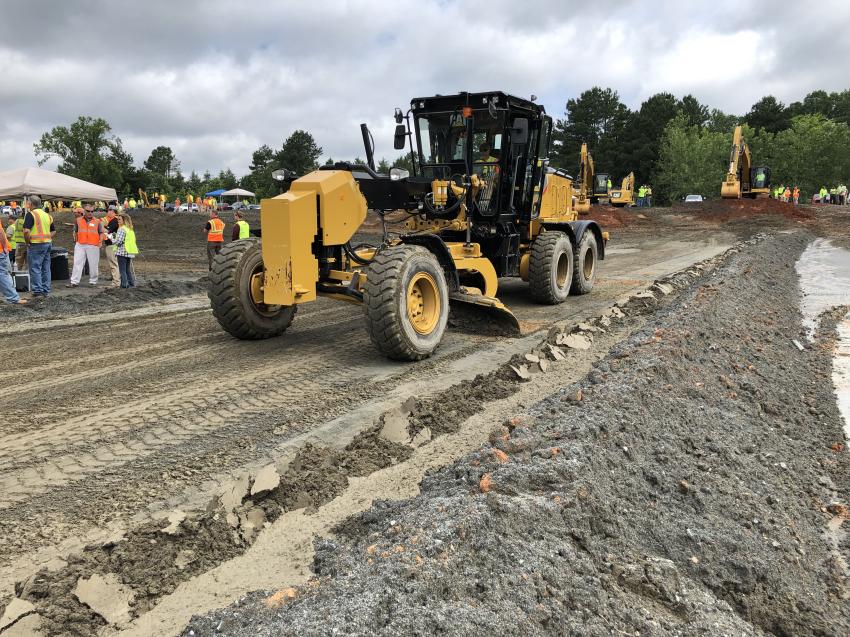 A Caterpillar motorgrader is put to work. 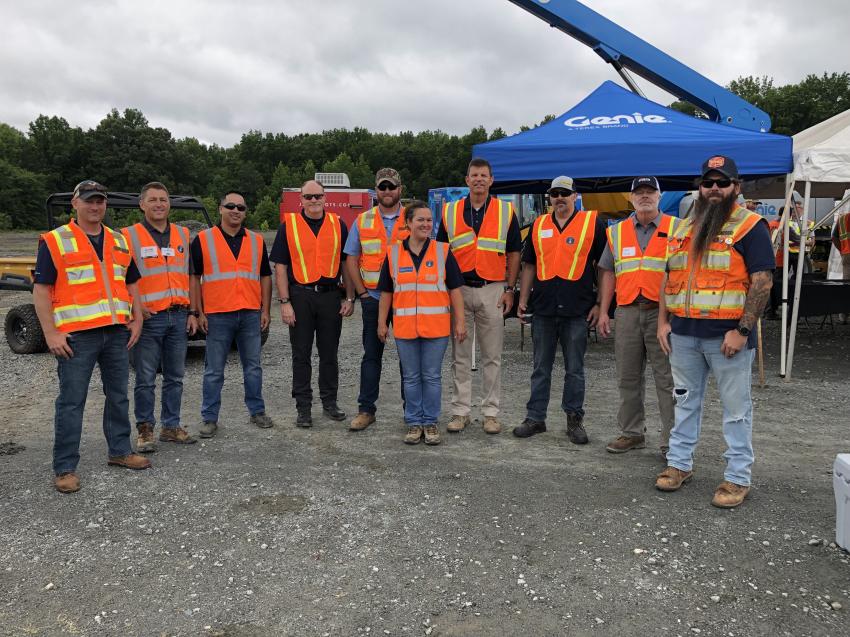 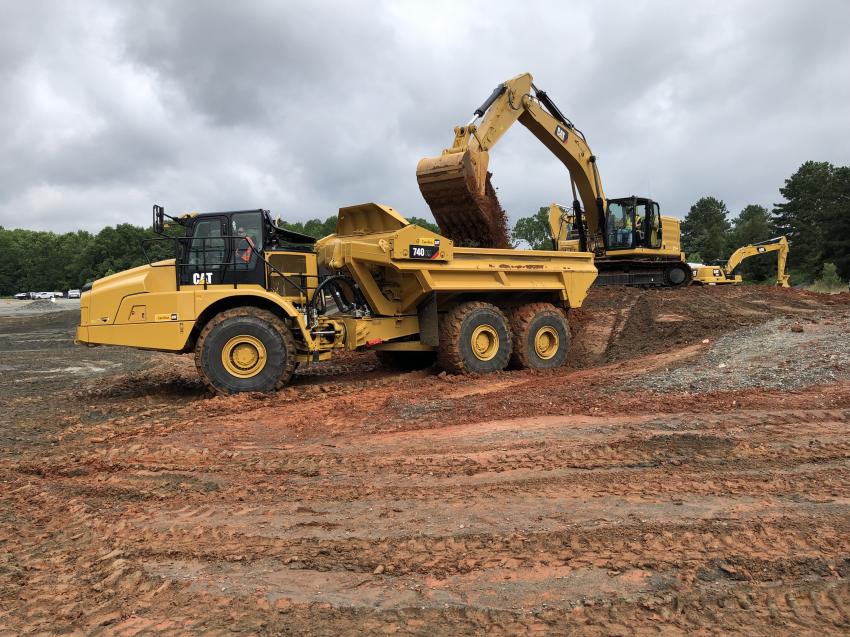 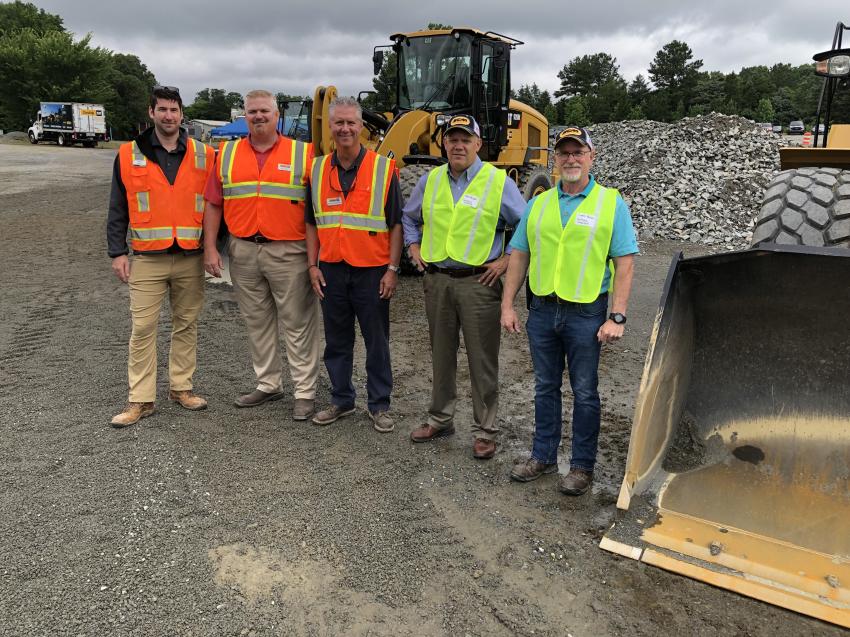 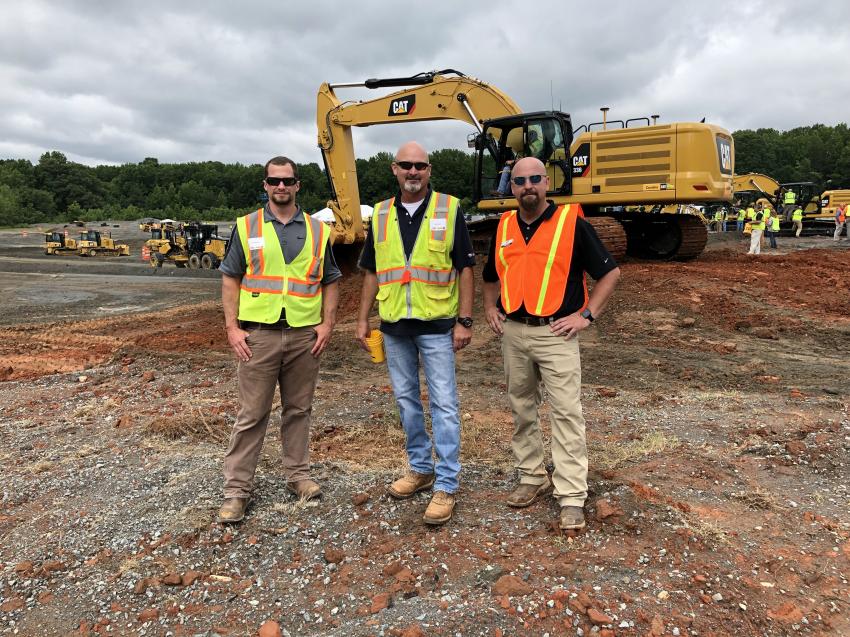 (L-R): John Williams and John Meade of Blythe Construction in Charlotte and Ryan Neal of Caterpillar. 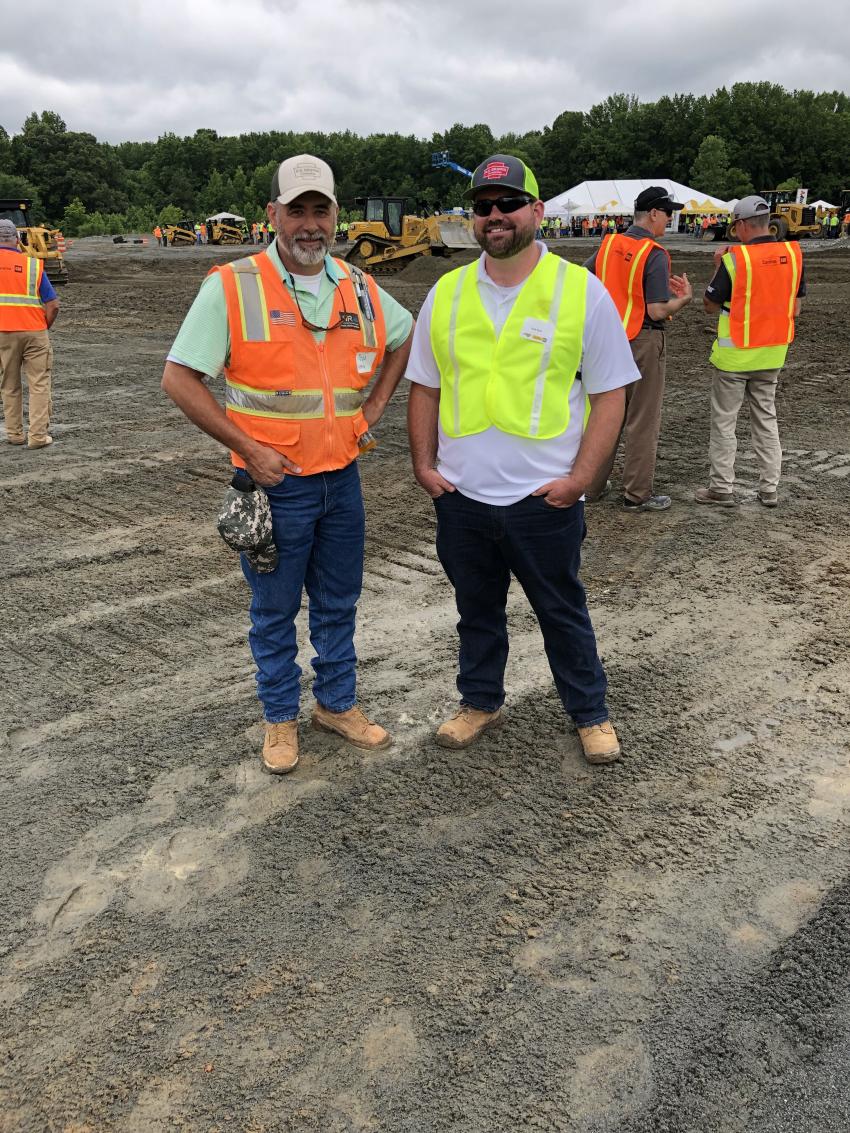 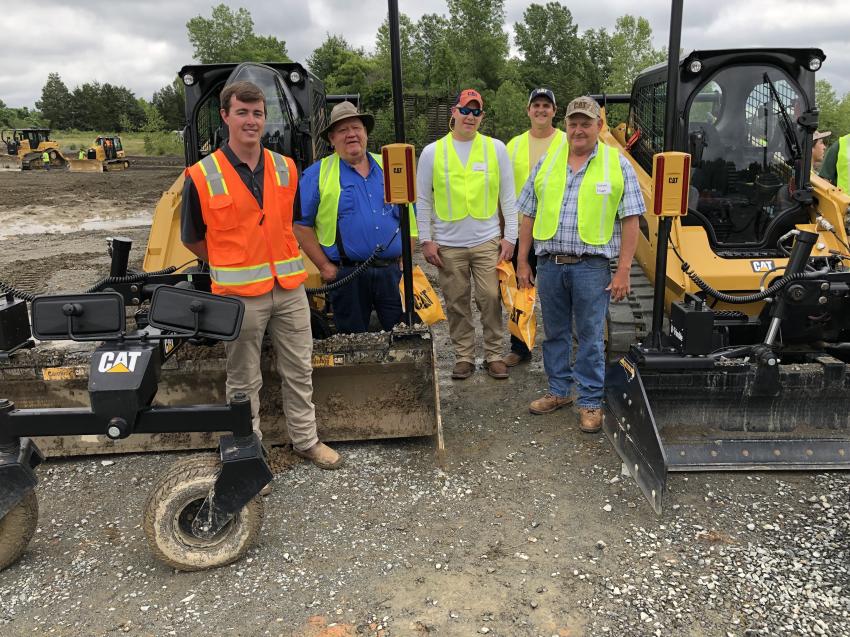 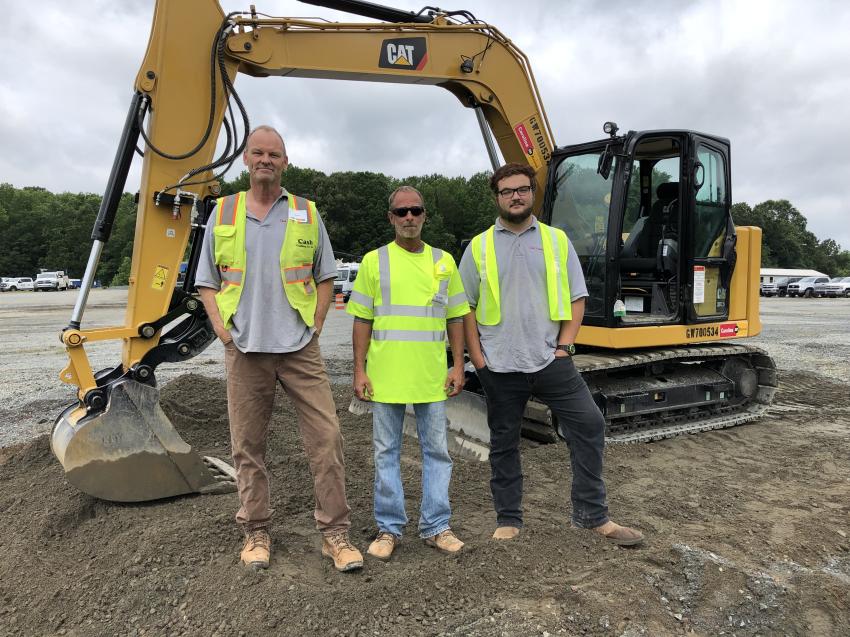 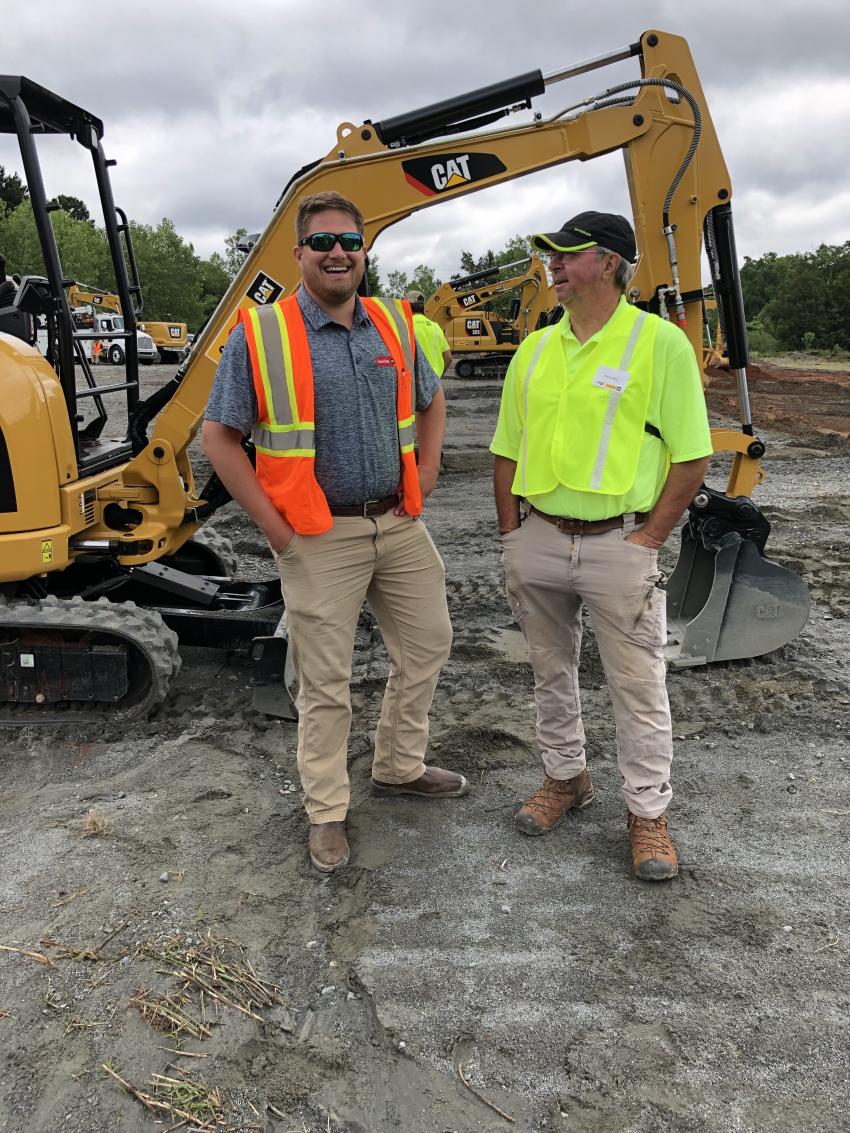 Spencer Sain (L) of Carolina Cat and Phil Arrington of Arrington Grading in Statesville, N.C. Arrington came to operate the 305.5 excavator; he’s a past user and feels the machine is just the right size for his site prep business. He has four other Cat machines. 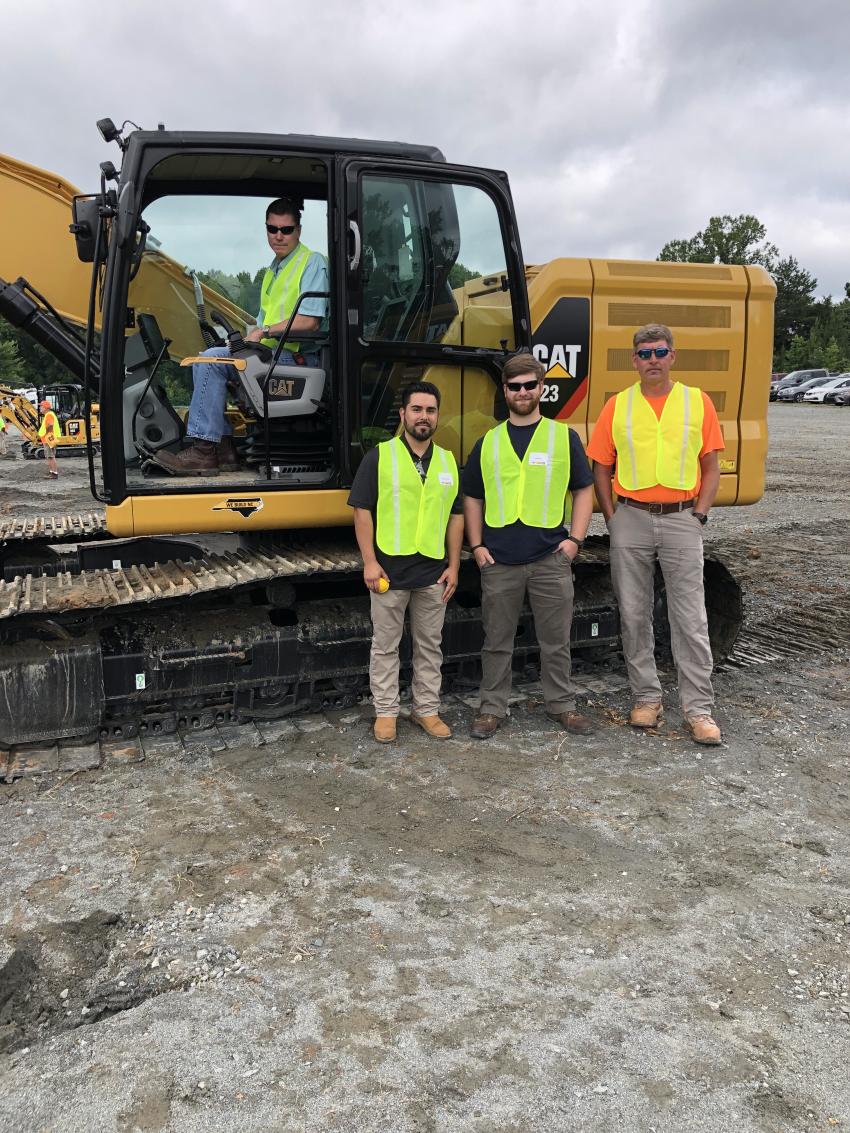 The Next Generation Cat 323 excavator drew the attention of Tom Nash, Fernando Chiriboga and Layne Zirkle of NGE Services in Charlotte. Also shown is Ethan Mann of Thomas Grading Company in Mathews, N.C. 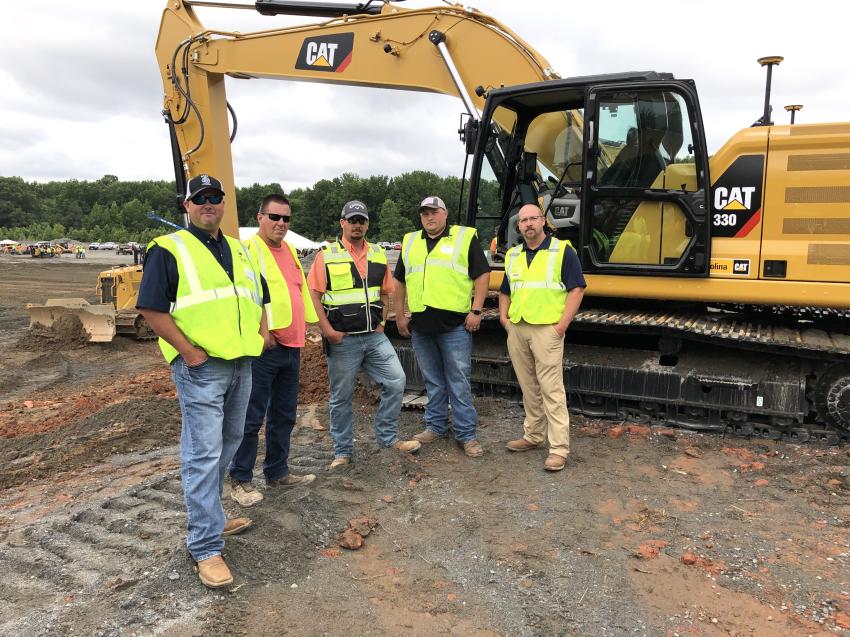 (L-R): Getting ready to test out the factory payload on the Next Generation Cat 330 excavator are Michael Johnson, Martin Murray, Tony LaRocca and Ben Hildebran of Charah Solutions in Louisville, Ky., with Tracy Skipper of Carolina Cat.