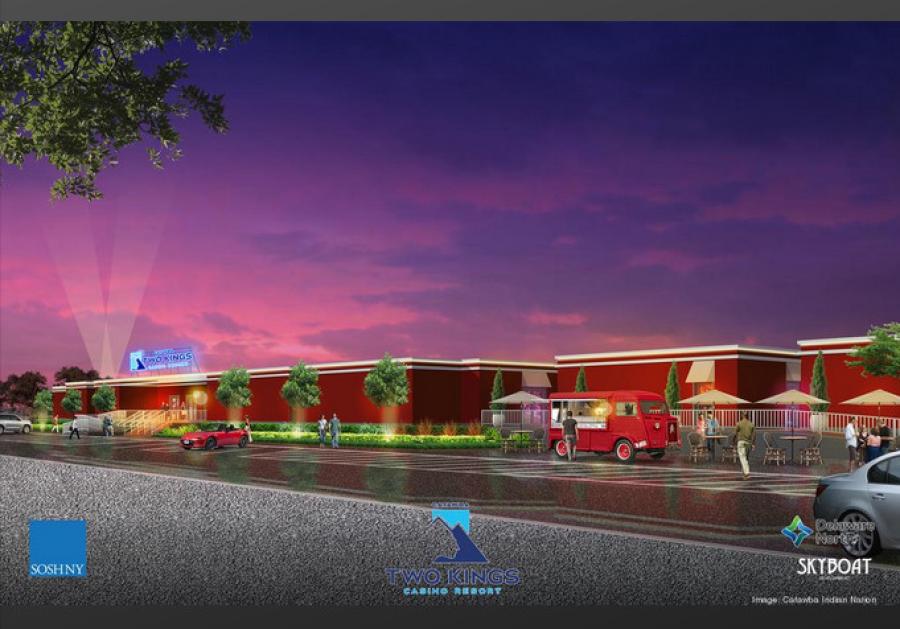 The Catawba Indian Nation on March 26 said it will "fast-track" the opening of a portion of its $273 million North Carolina casino.

Tribal leaders said a "pre-launch" facility for their Two Kings Casino Resort in Kings Mountain will open this summer with 500 slot machines.

The announcement came a day after the Catawbas, based in Rock Hill, S.C., said the federal Bureau of Indian Affairs approved a revenue-sharing agreement they reached with North Carolina Gov. Roy Cooper in January.

"With the completion of our compact with the state of North Carolina, the Catawba Nation is eager to open the casino as quickly as possible to begin bringing economic benefits and jobs to the state and region," Catawba Chief Bill Harris said in a statement.

Harris said the tribe is working on the "pre-launch" facility with Delaware North, its consultant on the casino project, and Skyboat Gaming, the resort's developer.

The facility will consist of "prefabricated modular structures," and will include "limited food and beverage and other guest amenities," Harris said.

An "introductory" phase of the full casino is still planned and will feature 1,300 more slot machines. That building "will be a permanent structure that will become part of the full casino," according to a tribal news release. "Its construction is expected to take about a year."

The pre-launch facility opening this summer will remain operating as the permanent introductory phase building is constructed, officials said.

The facility also will give the casino "a place to teach incoming staff and accommodates people in the region who are anxious to start gaming this summer," Brian Hansberry, president of Delaware North's gaming business, said in the statement.

The 17-acre casino site is located off Interstate 85 at Dixon School Road in Kings Mountain, approximately 35 mi. west of Charlotte.

Once full open, the casino is expected to create 2,600 permanent jobs and thousands of construction jobs, according to the tribe and Cleveland County officials.

A lawsuit by the Eastern Band of Cherokee Indians against the project remains active in the courts. The Cherokee operate North Carolina's only two legal casinos, both in the far western part of the state.

In a recent statement, Principal Chief Richard Sneed of the Eastern Band of Cherokee Indians said the tribe contends the federal government illegally placed land into trust for the Catawbas' casino.