Cat's 'In the Trenches' Tour Makes Pit Stop in Charlotte 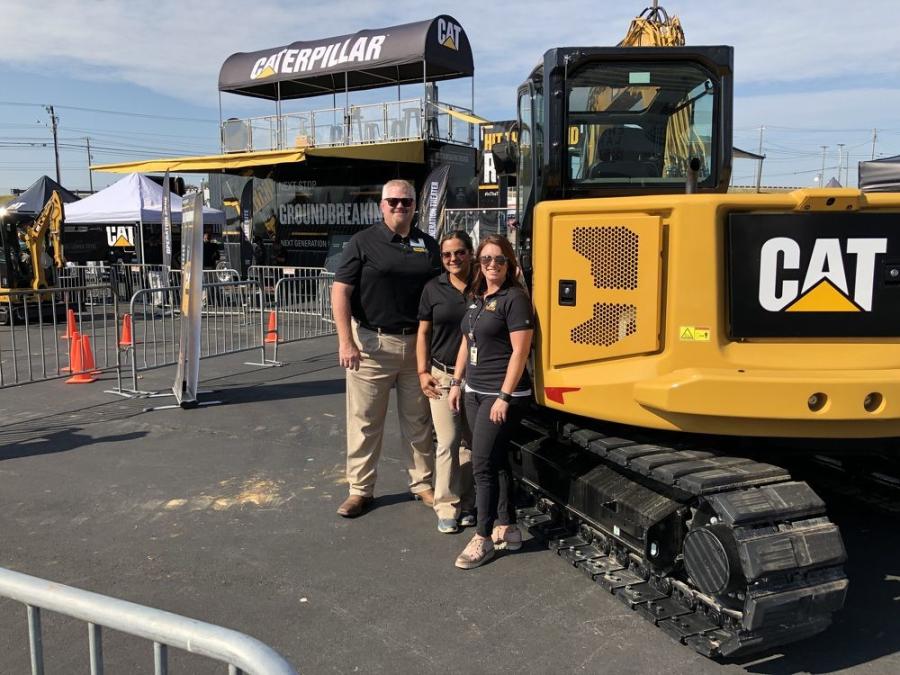 From the left are Mike Kunz of Carolina Cat, Edna Fortich of Caterpillar and Ashley McCluney of Richard Childress Racing in Welcome, N.C.

Three machines, 36 wheels, 20 stops, 15 dealers. That's what you'll find on the semi-national "In the Trenches Tour" from Caterpillar. Launching at the end of July, the tour arrived at its tenth stop on Sept. 27 to join in on the race weekend action at Charlotte Motor Speedway.

You didn't have to look hard to notice Caterpillar's presence at the raceway. With a large hospitality area at "Party Island" and packed display just outside of Turn 1 in the Fan Zone, the Next Generation Cat mini-excavators served as the centerpiece for this one-of-a-kind event.

This "In the Trenches Tour" stop featured four mini-excavators in the operator area, a tour-wrapped Cat UTV, ground activities, a relaxing VIP area, custom slot car racetrack and an air-conditioned immersive theater — a nice break from the 90 degree temperatures. Throughout the weekend, Fan Zone attendees were welcomed in to experience the exhibit, cool off in the theater and operate the new 302 CR on the stick steer road course. 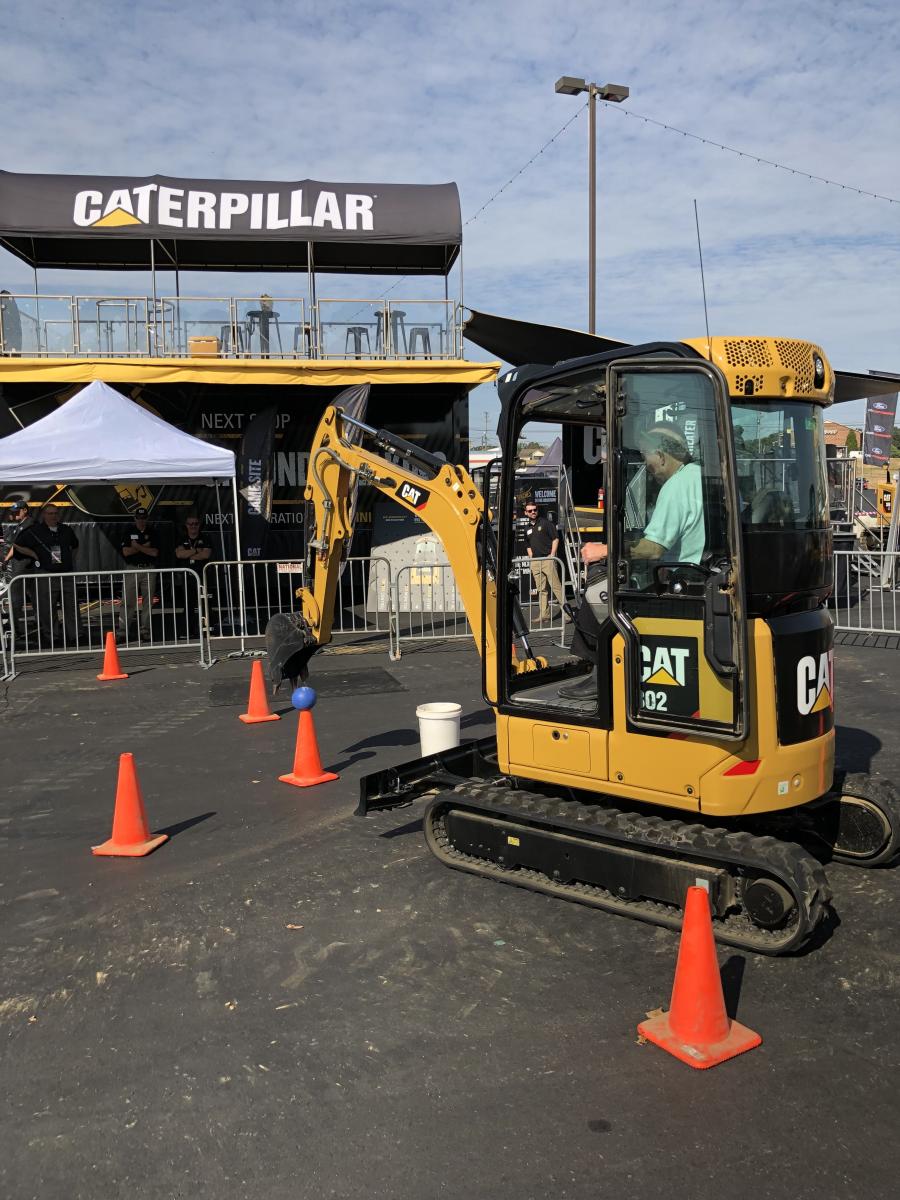 Throughout the exhibit guests were reminded of the customer-inspired and industry-first features that Caterpillar built into these machines. The stick steer course let visitors operate without the need of foot pedals and levers, though they do still come standard. With just the push of a button, all travel, excavator and blade movement can be controlled through the joysticks. Add in a sealed cab with air conditioning, an LCD monitor with Bluetooth and cruise control, you have an operator experience that certainly raises the bar. While not in operation at this event, the 7- to 10-ton mini-excavators have also been equipped with these updates, with the new Cat 309 boasting another industry-first feature — high flow hydraulics.

It was clear that the new mini-excavators were the "stars" of the display, but Caterpillar made sure to bring out a few more throughout the weekend. The Cat Racing pit crew came out on Saturday for a little competition to show just how quick and easy it is to raise the new tilt-up cab on the 1- to 2-ton mini-excavators. This was followed up with a couple of visits from legendary driver and team owner, Richard Childress, and the No. 8 Cat Next Generation mini-excavator Chevrolet Camaro driver, Daniel Hemric, before the race started on Sunday.

It was certainly a full weekend for Caterpillar and the "In the Trenches Tour." If you missed the action in Charlotte, you still have time to catch them at one of their next stops. The tour heads out to New Mexico next and is currently scheduled to run through December of this year with stops in Colorado, Texas, Oklahoma and more.

Check out the tour schedule at cat.com/inthetrenchestour to find a stop near you. Be sure to also follow Caterpillar on social media to check out videos from the Charlotte event and get the latest tour updates.