Century-Old Bridge Over Passaic River Set to Be Razed 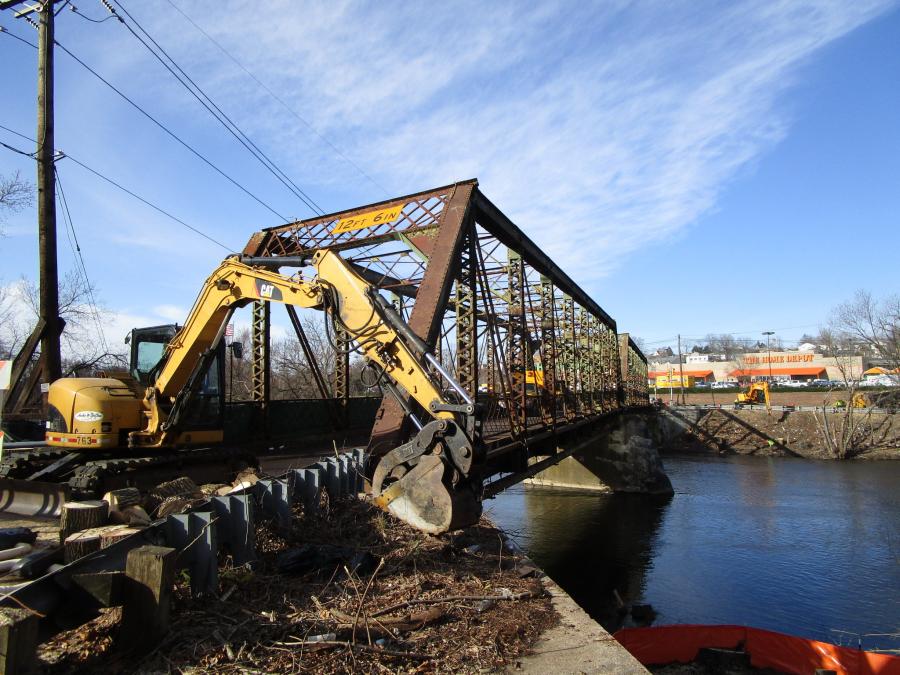 Construction crews in Paterson, N.J., have begun work to replace a more than 100-year-old structure that’s carried thousands of vehicles per day.

Construction crews in Paterson, N.J., have begun work to replace a more than 100-year-old structure that's carried thousands of vehicles per day. Fair Lawn Avenue Bridge has served the community well, but time has run out for the aging, outdated overpass. 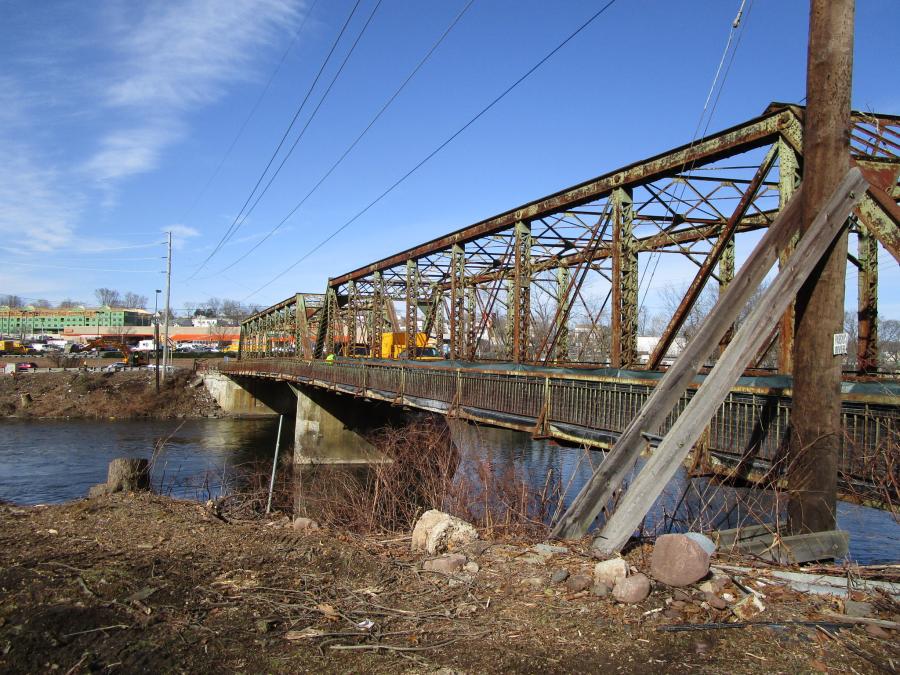 The existing structure, also known as the Fifth Avenue Bridge, has served two narrow lanes of traffic over the Passaic River at the border between the borough of Fair Lawn in Bergen County and the city of Paterson in Passaic County.

The bridge, which had been eligible for the National Register of Historic Places, is a two-span pin-connected pratt through truss with a skew, which is not common. It also features a lattice railing. Constructed in 1905 following the 1903 flood event, which carried away the existing bridge, it was reduced to only one lane several years ago.

The bridge is being completely replaced. The superstructure was designed so that the lowest point of the bridge will be above the 100-year flood elevation.

The contract was awarded to Anselmi & DeCicco of Maplewood, N.J., for a contract amount of $12.3 million. The project is making use of a federal grant administered through the New Jersey Department of Transportation (NJDOT).

"The biggest challenge is the limited staging area due to site constraints," said Mahbuba. "At one end is the intersection with Route 20, and at the other end is a residential area."

Currently, the contractor is starting to clear the site, and preparing for the takedown of the bridge. Already, crews have performed some early work on removal of the concrete sidewalk on the bridge.

The bridge is now closed, with motorists being detoured for the duration of the project. The structure has been shut down to eastbound traffic since 2016 and will remain so during construction. 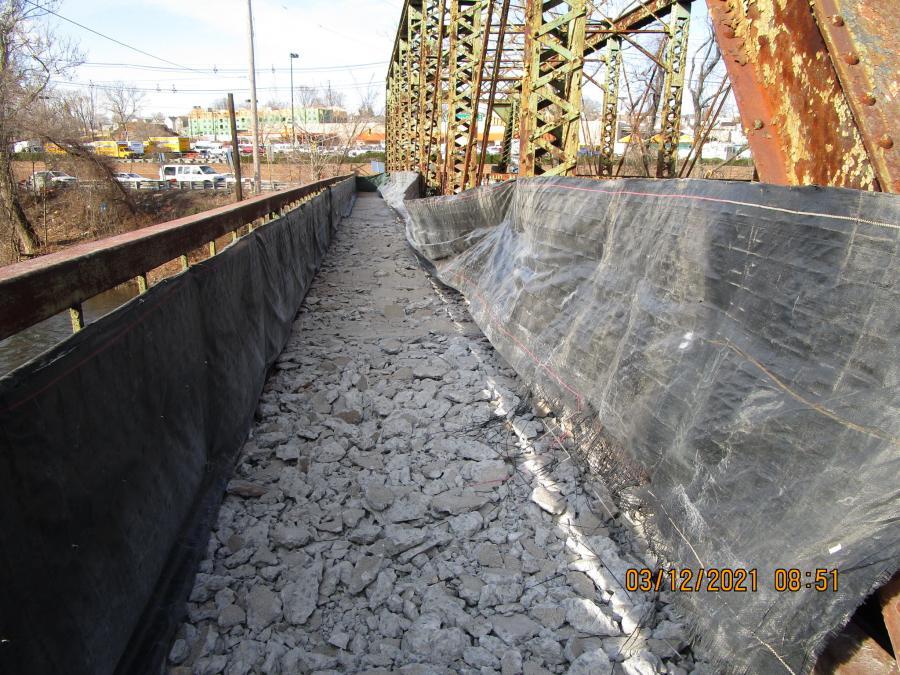 The long-awaited demolition involves the removal of the existing superstructure. This includes trusses, sidewalk, bridge railing, deck, stringers and floor beams, as well as substructure, which involves abutments, pier, foundations and retaining walls.

According to Mahbuba, completely replacing the bridge is a major undertaking that required a great deal of planning and cooperation.

"This involves the removal of the entire bridge structure and construction of a new bridge on the same alignment."

According to County Engineer Jonathan Pera, excavators, front loaders, backhoes and cranes will be the main equipment needed to complete the work. Main materials required on the project include steel and reinforced concrete.

It's estimated that approximately 2,300 cu. yds. of material will be excavated during construction.

The new bridge will include a sidewalk on the upstream side of the bridge, two full travel lanes, widening at the intersection of Route 20 to improve truck access, traffic signal improvements on Fair Lawn Avenue and localized drainage improvements.

"The width of the new bridge will accommodate for two lanes of thru traffic, one left turning lane and one six-foot sidewalk," said Mahbuba.

In early 2019, officials held a public information meeting where they shared interactive presentations, graphic displays of the project information, and questions and answers sessions to those affected by the eventual construction. The bridge is being replaced with a wider two-lane, two-way bridge constructed at approximately the same location. 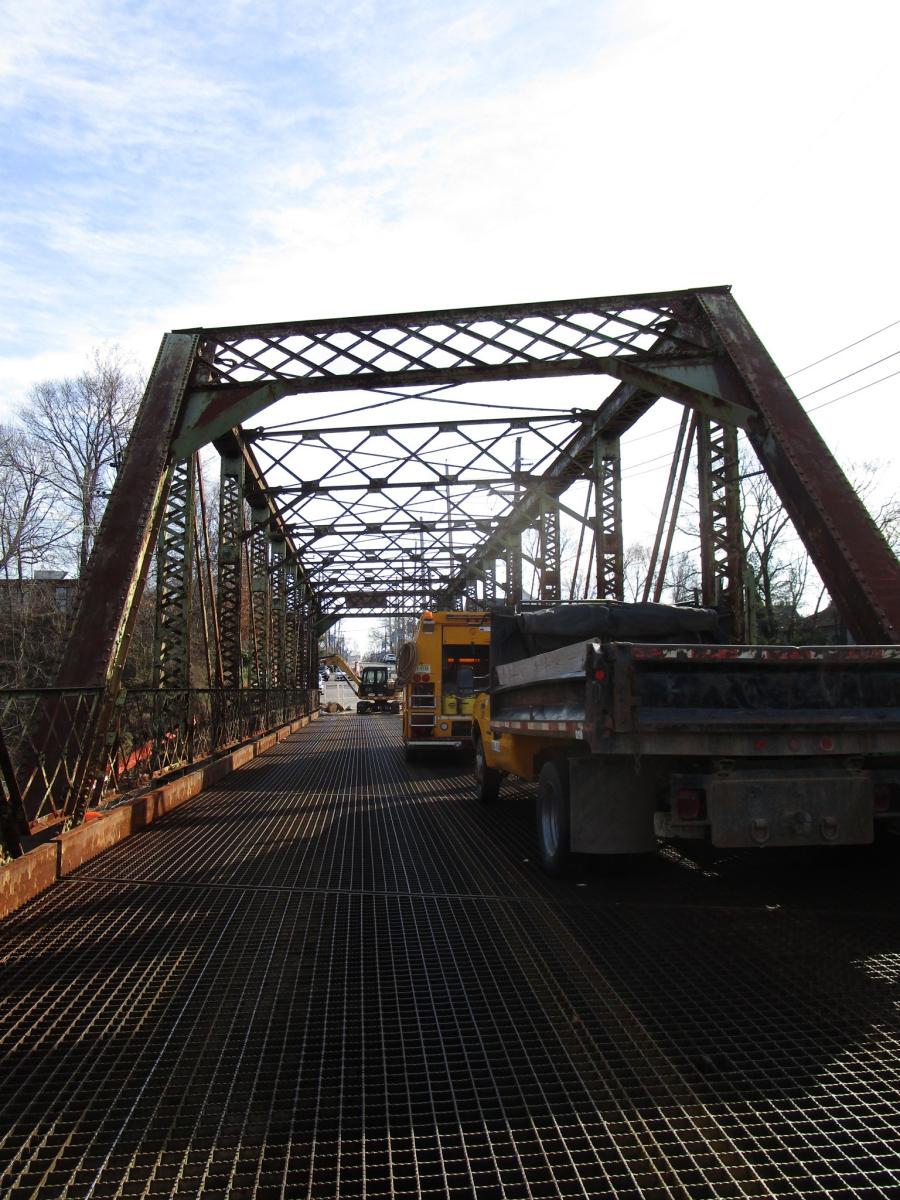 According to bridgehunter.com, the Fair Lawn Avenue Bridge is the only example of its type in the county and is significant in that it marks the transition from pinned to riveted field connections. Located in an urban area, it has endured from a time when load and traffic needs were much different than they are today. It serves as a prime example of its truss type and fabrication technology.

E. A. Smyk, Passaic County historian, noted, "Erecting a structure at this location was discussed between the Passaic and Bergen County Freeholders in 1872, as a joint venture. From what I gather, this was the first county bridge to occupy that specific location. In September of that year, the Paterson Daily Press reported how the Bergen County Freeholders visited the site and agreed to build the bridge in conjunction with the Passaic Freeholder Board.

"In August 1886, the Bergen County Freeholders passed a resolution about completely rebuilding the bridge. Presumably, they wanted to replace the 1872 structure. The Passaic County Freeholders didn't want to rebuild the bridge, instead opting to repair it. Cost factors must have figured in their decision. The Bergen Freeholders, apparently more than disappointed, retaliated by closing off the entire bridge without telling their Passaic counterparts. The response probably triggered some sort of ruckus in the halls of government."

Dewberry, a professional services firm headquartered in Fairfax, Va., was chosen to design the replacement bridge. Construction on the project began in early March 2021 and is expected to be completed by November 2023. CEG