A tiltrotator is a coupling system that puts the flexibility of adding a wrist to an excavator allowing the bucket, or any attachment, the flexibility to tilt up to 45 degrees and to rotate 360 degrees indefinitely around its axis. This flexibility includes:

Tiltrotators have become the norm in Europe and the concept is now quickly gaining momentum in the United States. The event gave Chadwick-BaRoss' customers an opportunity to see the product up close, get hands-on experience, and have their questions answered by Engcon's experts. 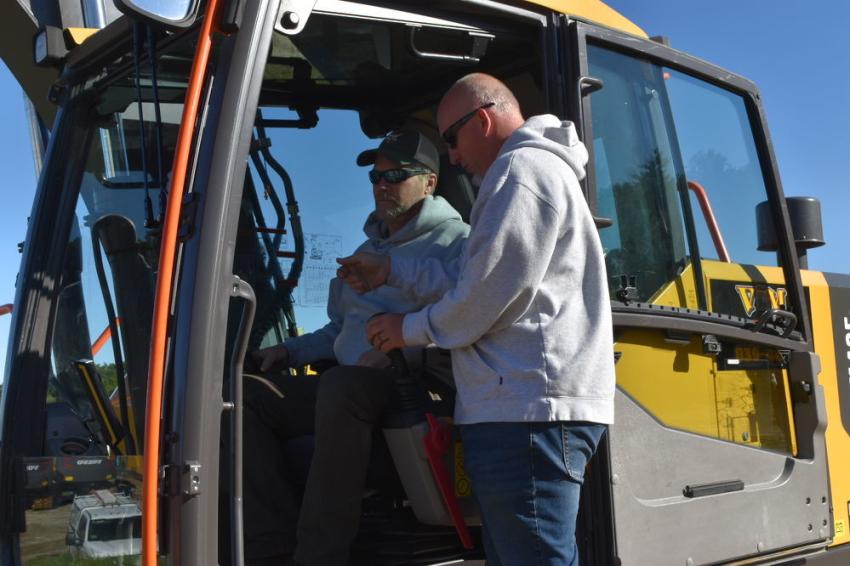 Each attendee of the demo event was provided a few tips before being turned loose to demo the equipment. 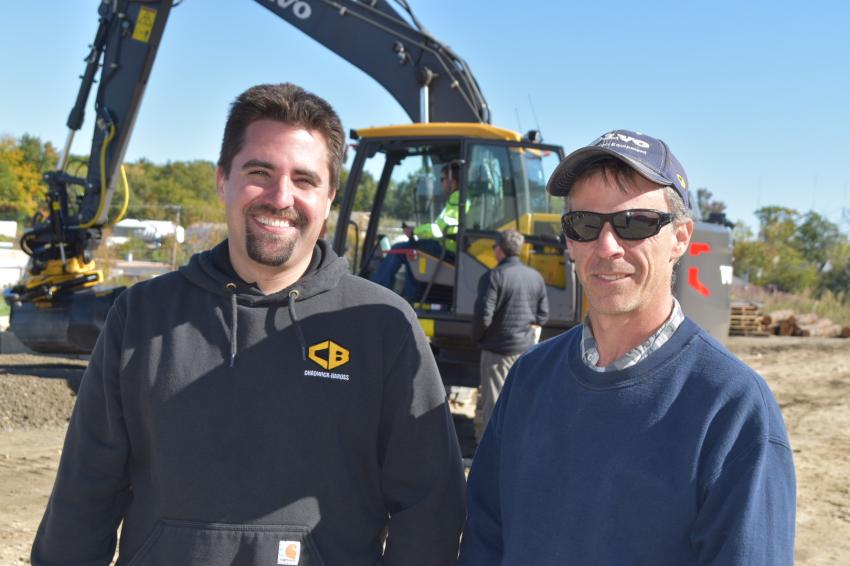 Adam Lampron (L) of Chadwick-BaRoss and Dan Caron of D.R. Caron Excavation, Finot, Maine. Caron is interested in the Engcon’s versatility. “I’ve seen it before but never operated one. Being able to put the bucket backwards has a huge advantage. Fewer laborers, less labor … also fewer operators because with this you can put materials in places where before it was hard to get it there.” 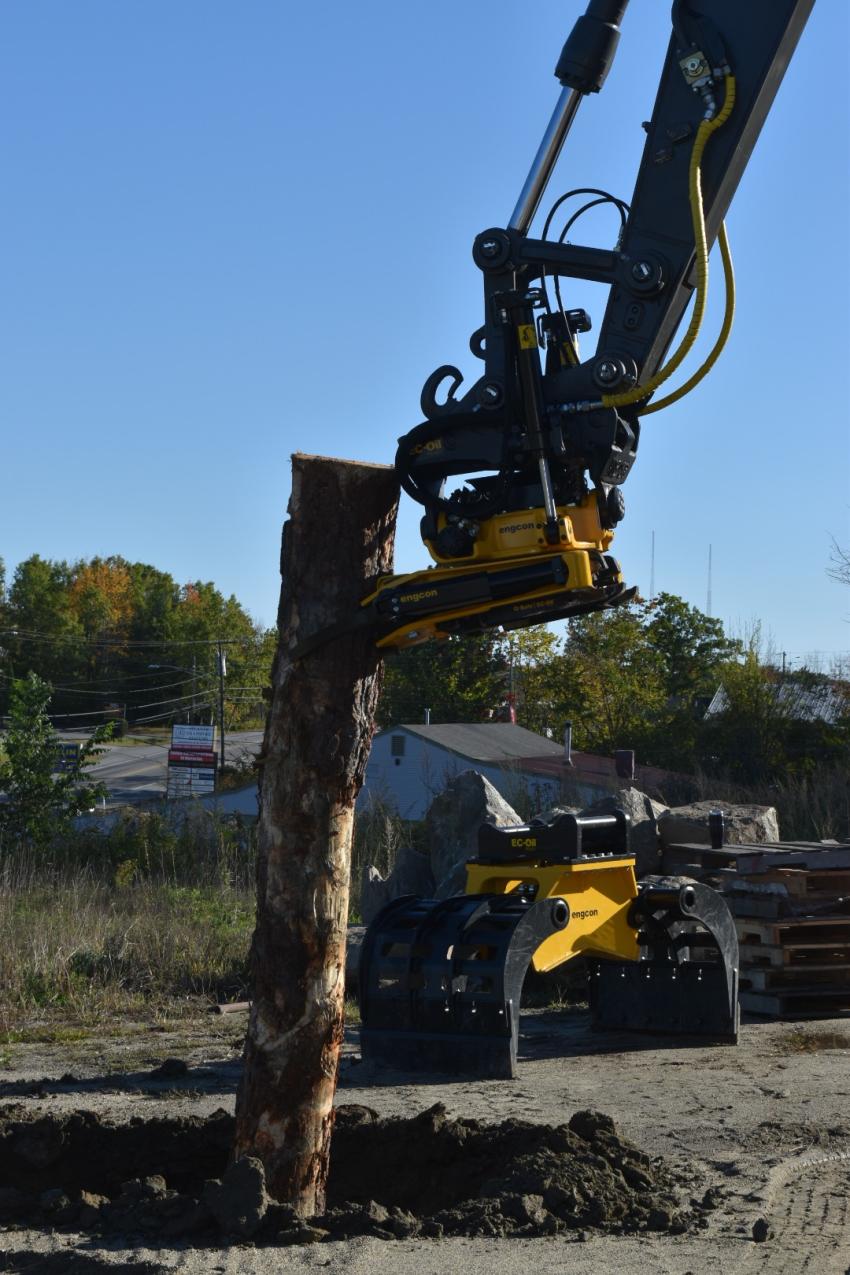 The GRD detachable grabber creates the ability to manipulate items like this post in ways never before possible. 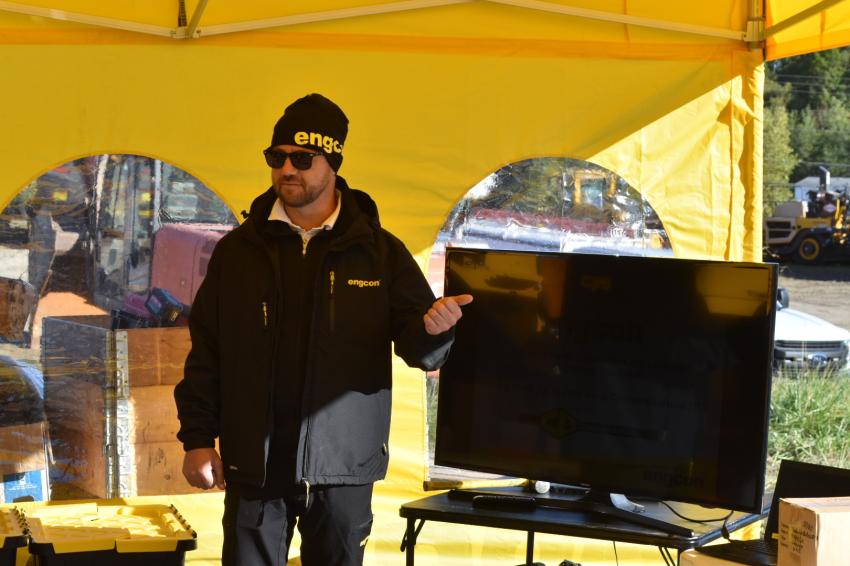 Engcon factory representatives explained the features and benefits of the tiltrotator before giving attendees the opportunity to try it for themselves. 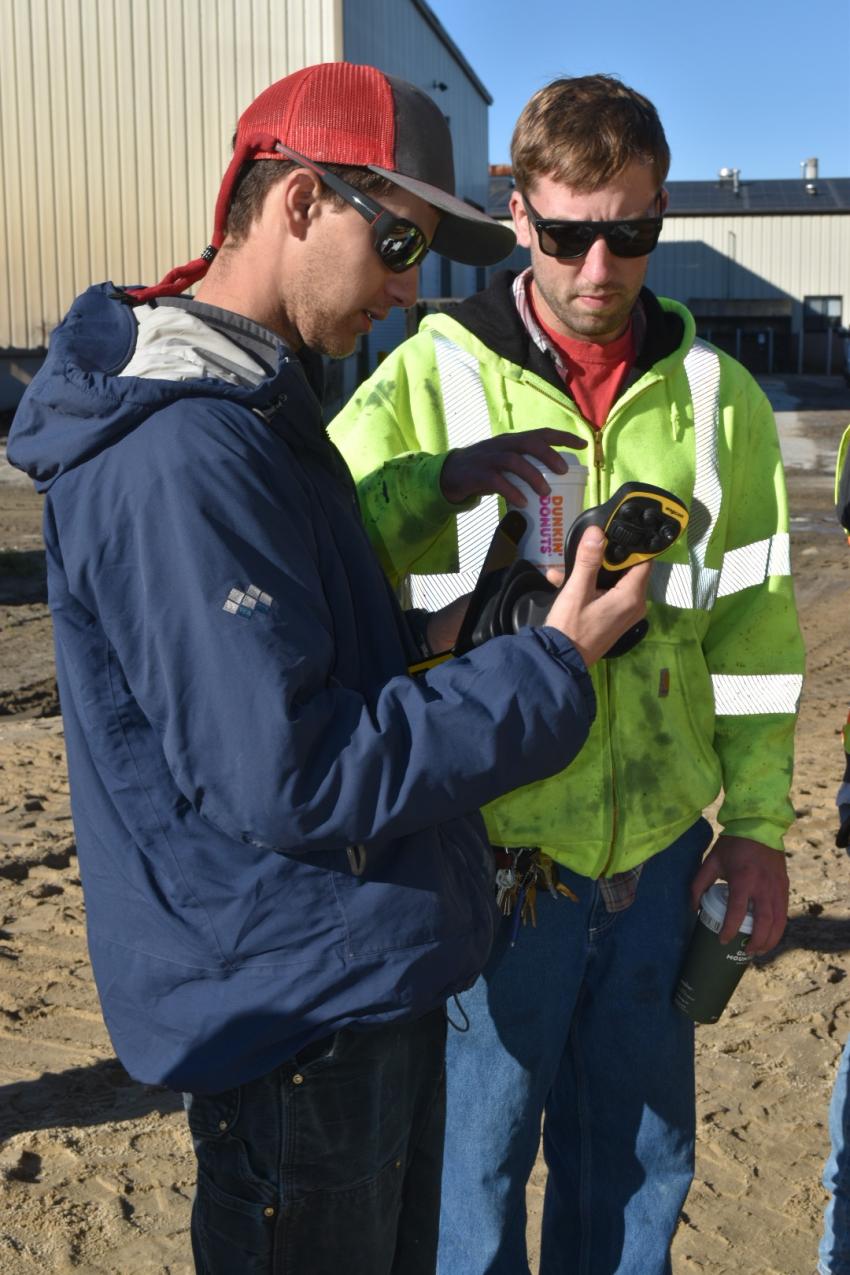 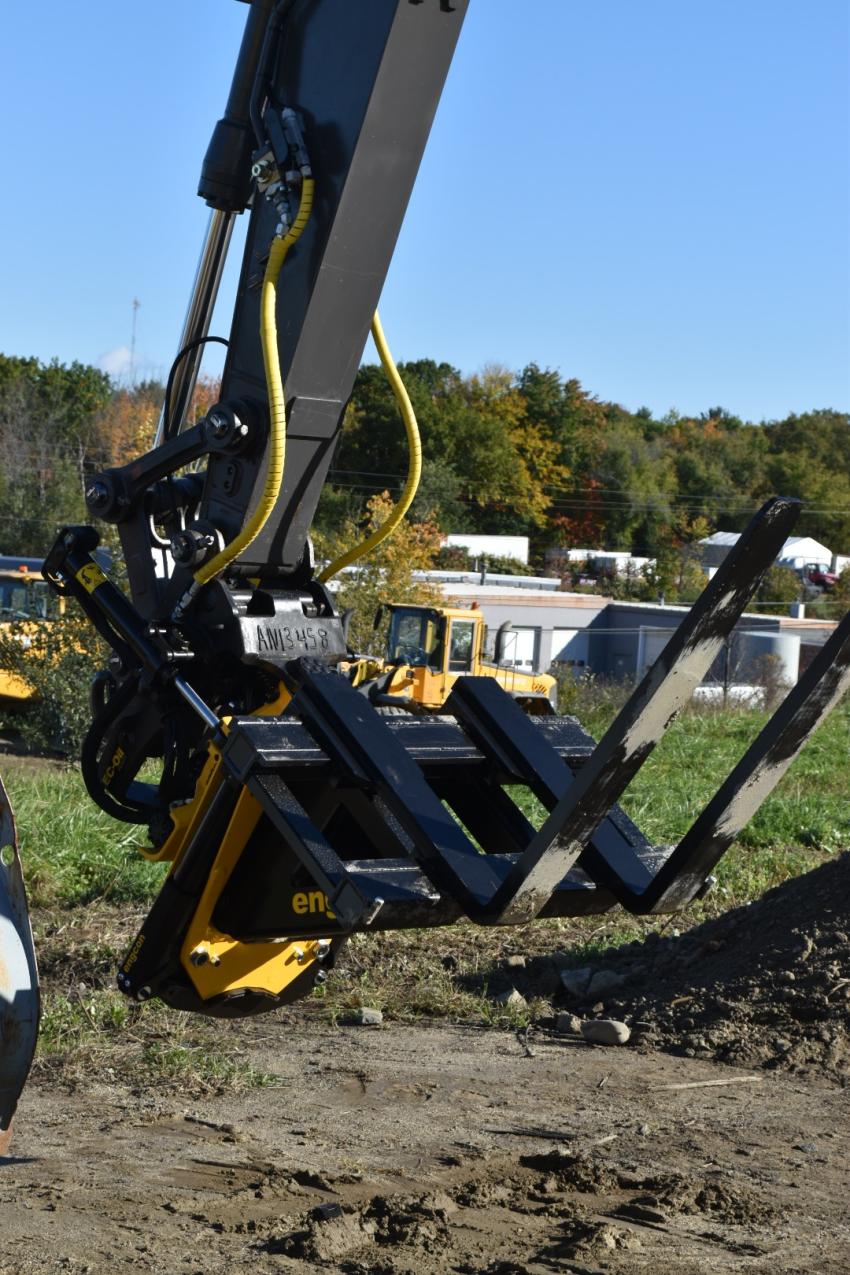 In seconds operators can change out from a digging bucket to a set of forks. 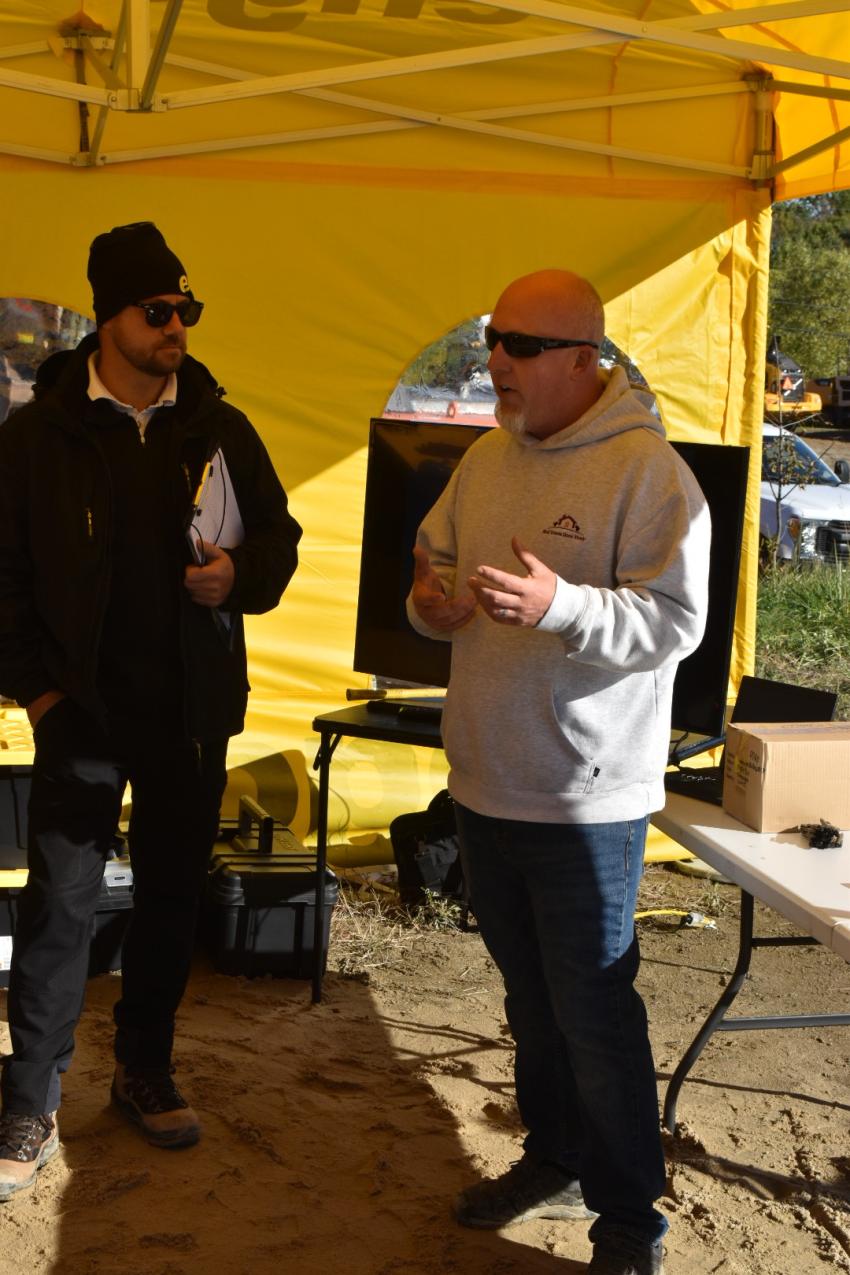 Justin Verrill of V & M Construction in Gorham, Maine, recently purchased an Engcon tiltrotator from Chadwick-BaRoss. During the event, he assisted with the demonstration and shares his own experience with the product. 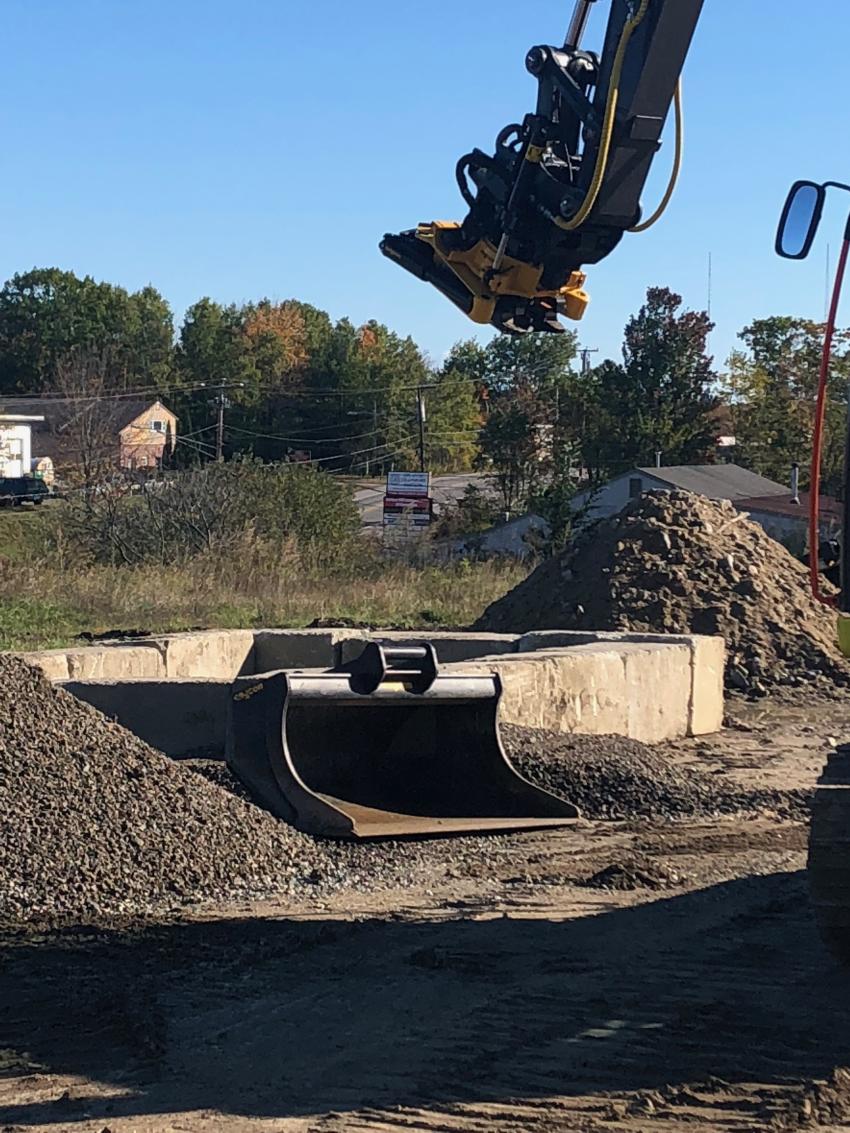 With Engcon, attachments are connected and released in seconds. 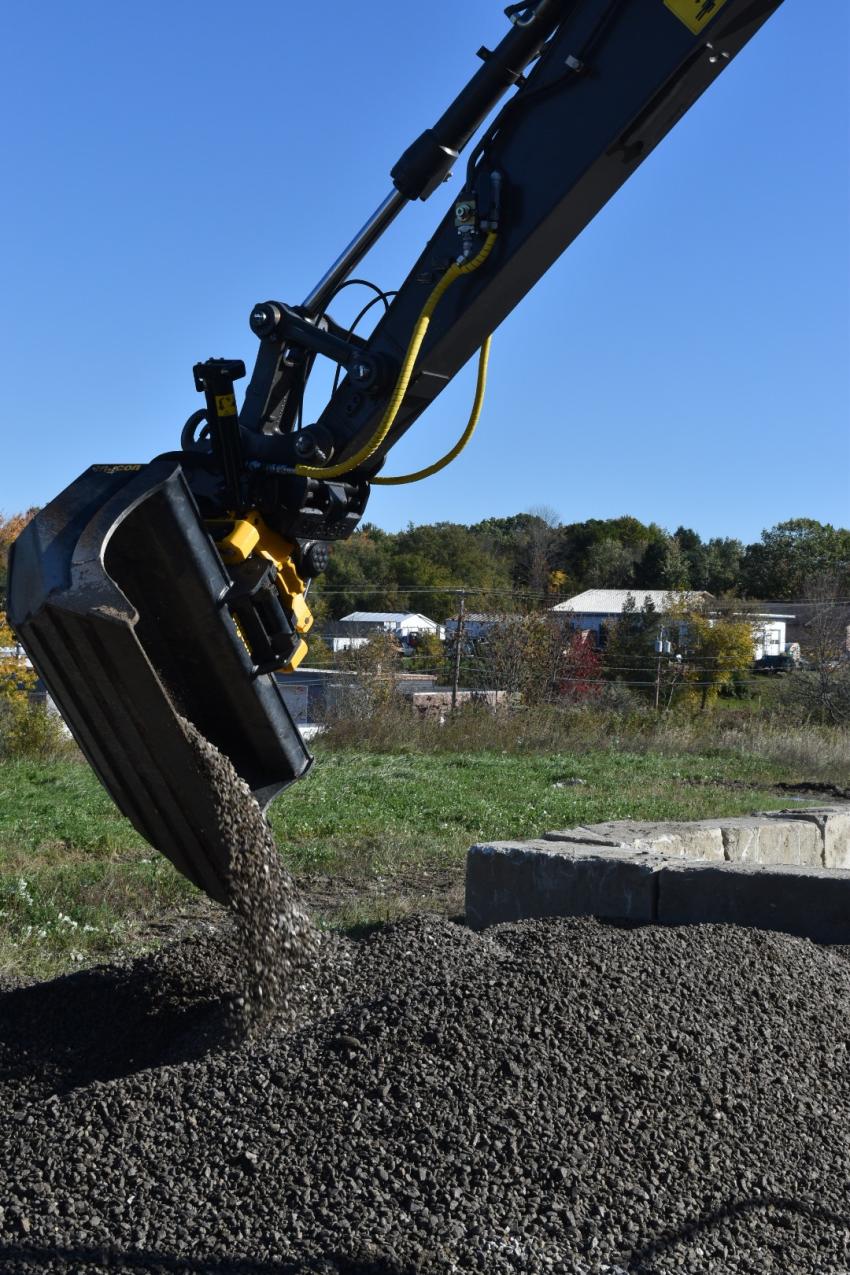 Full rotation and 45-degree tilt allows materials to be placed with more control than ever before, eliminating the need for a laborer on the ground to spread or replace materials 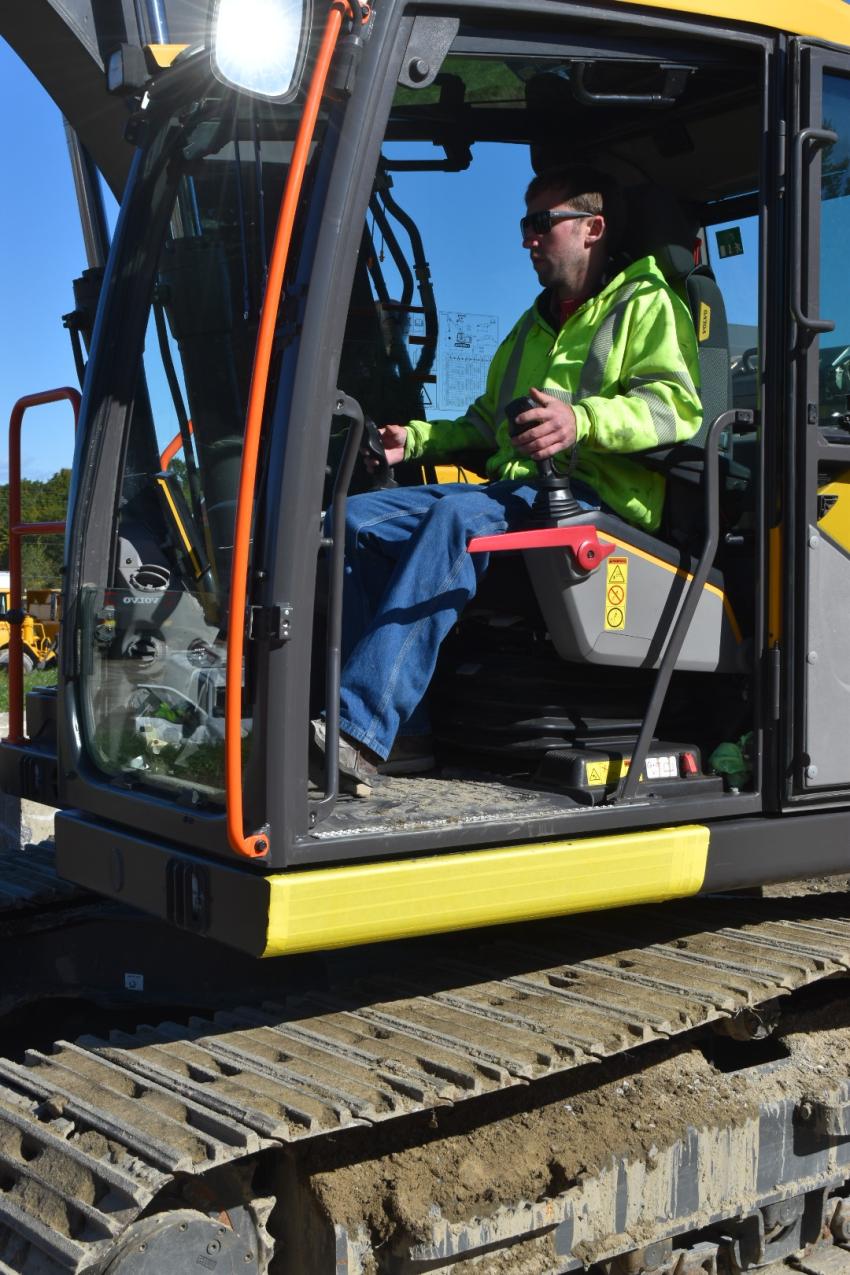 After demonstrating the Engcon system, Arthur Fedas of A & A & Sons Excavation said his company performs general site work, utilities and septic. “We are a small company and it only makes sense technology-wise to use one of these machines,” he said. “It speeds up backfills, grading … you name it. The grapples are amazing for landclearing and anything like that. 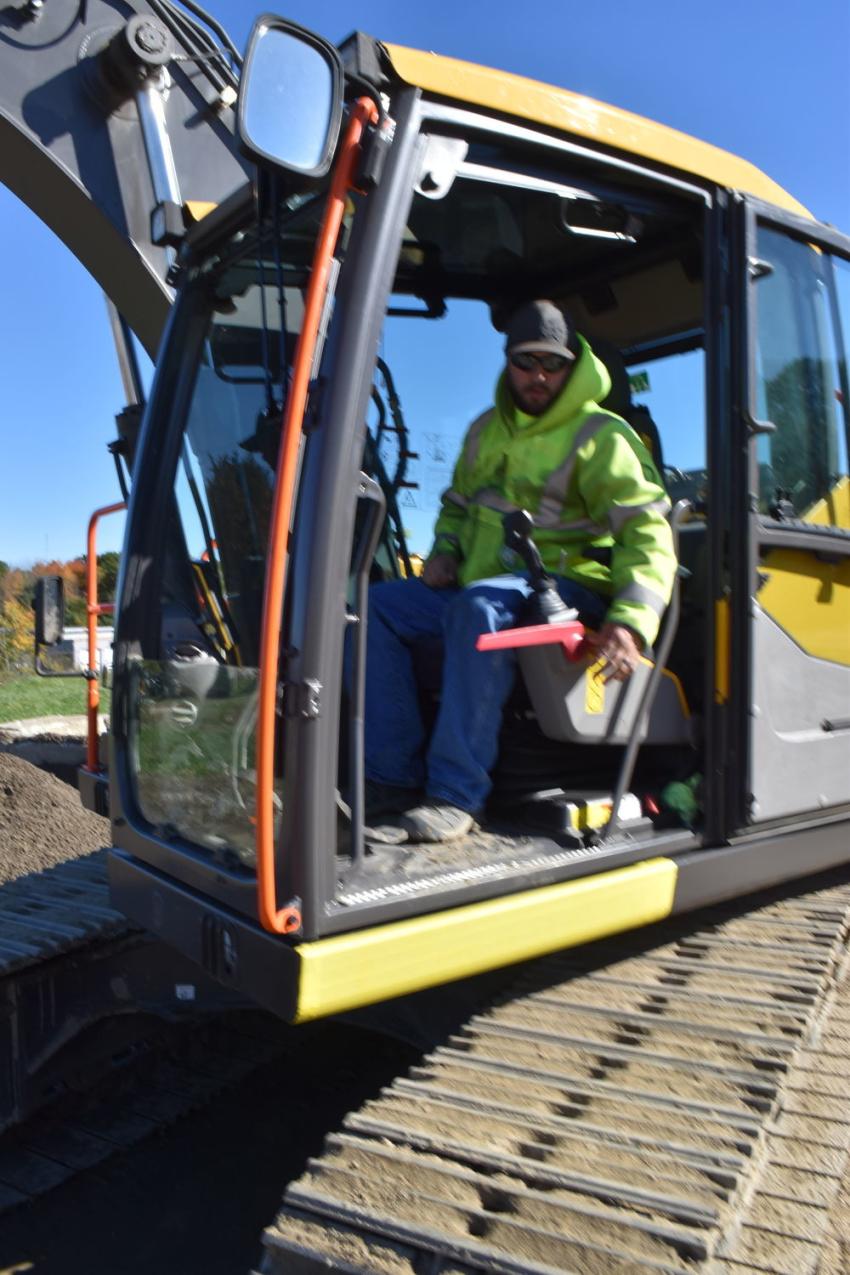 Cory Spaulding works for the city of Portland. “The machine is very versatile,” he said. “You can get into tight areas … 360 degrees; it cleans up piles nicely. The controls on this machine are very different than on machines currently in use, but the control switches on the joy sticks are quick and very user friendly.