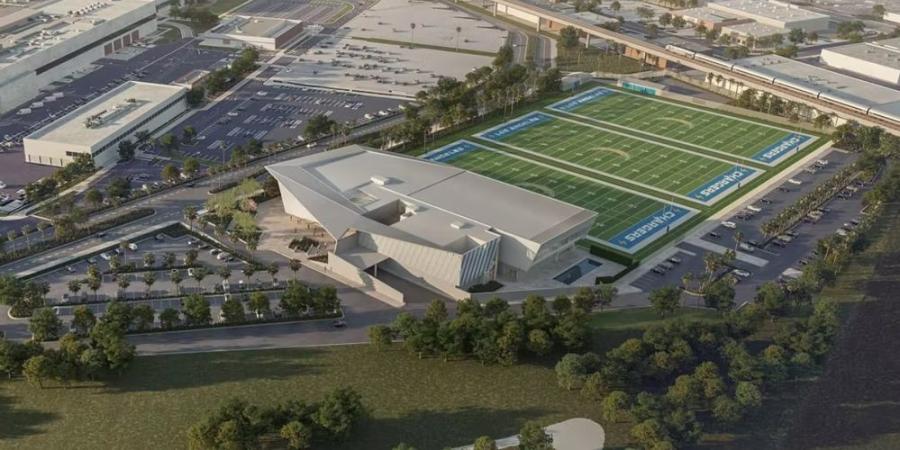 The headquarters and training facility will be 145,000 sq. ft. sitting south of El Segundo Boulevard and east of Pacific Coast Highway on Nash Street. (Courtesy of Los Angeles Chargers)

The Los Angeles Chargers announced last November they would be moving their team headquarters and training facility to El Segundo following the completion of a construction project that would put their new home situated on a 14-acre site.

On May 18, that announcement became more of a reality when the team held a groundbreaking ceremony where its new facility will be constructed. City officials, Chargers executives and players, as well as members of the El Segundo community gathered to see shovels put in the dirt. 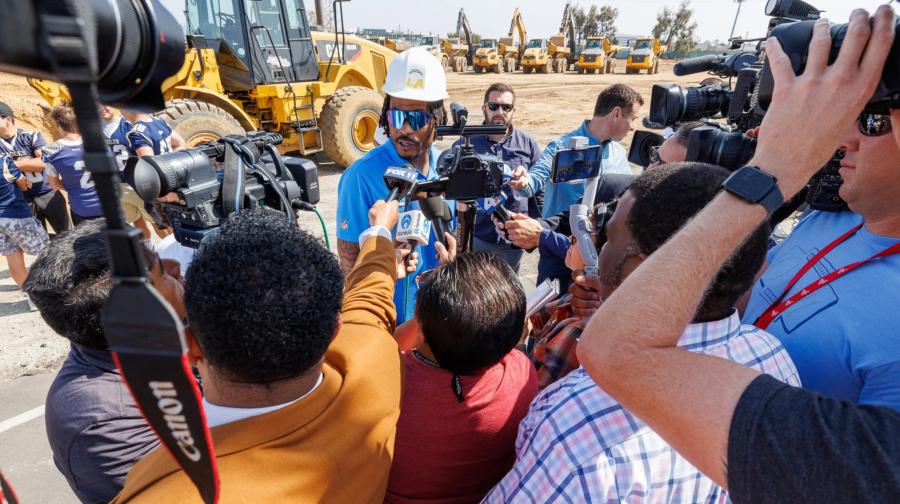 The $276 million complex was designed and is being constructed by Gensler Sports and includes three full-size fields, along with a main building that includes team meeting rooms, training space, a rooftop hospitality club and an e-sports gaming studio. It also will host Chargers training camp. Sonnenblick-Eichner Co., based in Beverly Hills, Calif., announced in March it had arranged the funding of construction and permanent financing for the facility.

The construction is expected to be completed by 2024.

The development will be on a site that is owned by Continental Development Corp. and Mar Ventures Inc., both based in El Segundo, Calif. The new digs sit south of El Segundo Boulevard and east of Pacific Coast Highway on Nash Street.

"The campus features a 143,500-square-foot main training building, supported by three natural grass fields with an artificial turf perimeter," Gensler said in a statement. "To promote player and team success and wellness, the Chargers' new facility features a range of outdoor amenities including a 7,600-square-foot elevated outdoor terrace, as well as a 3,400-square-foot elevated outdoor turf area and two-lane lap pool for player rehabilitation. The design emphasizes player efficiency and movement, with direct access to the fields from all player areas and coaching spaces. Additional program amenities include a rooftop hospitality club, full e-sports gaming area and content studios as well as a 3,100-square-foot media center."

The new headquarters will be less than 3 mi. from Los Angeles International Airport and 7 mi. from SoFi Stadium, where the Los Angeles Rams and Chargers both play their NFL home games.

"It feels really good," said Dean Spanos, owner of the Chargers. "It's been five years in the making. Finally, we have our home for the future … To be able to develop 14 acres of prime real estate — with the proximity to LAX, SoFi Stadium, Silicon Beach, more Fortune 500 companies in the state than anywhere except San Francisco and, of course, neighbors like the Los Angeles Lakers and Los Angeles Kings — it's another major step toward building a perennial contender and further rooting ourselves in the community we serve.

"When searching for a location to establish our hub of football and business operations, we didn't leave a single stone unturned," Spanos added. "This process played out for more than four years because we weren't willing to settle. Good enough wasn't going to cut it. We wanted great and we finally found it."

For Continental, the new site for the Chargers development was a good fit.

"When we heard about the Chargers [looking for land], we thought it was a perfect use for the property," Richard Lundquist, chief executive and president of Continental Development Corp., told the Business Journal. "They've been searching for a property ever since they made the decision to come back to Los Angeles and to find a site large enough to house three football fields is not an easy thing to do." 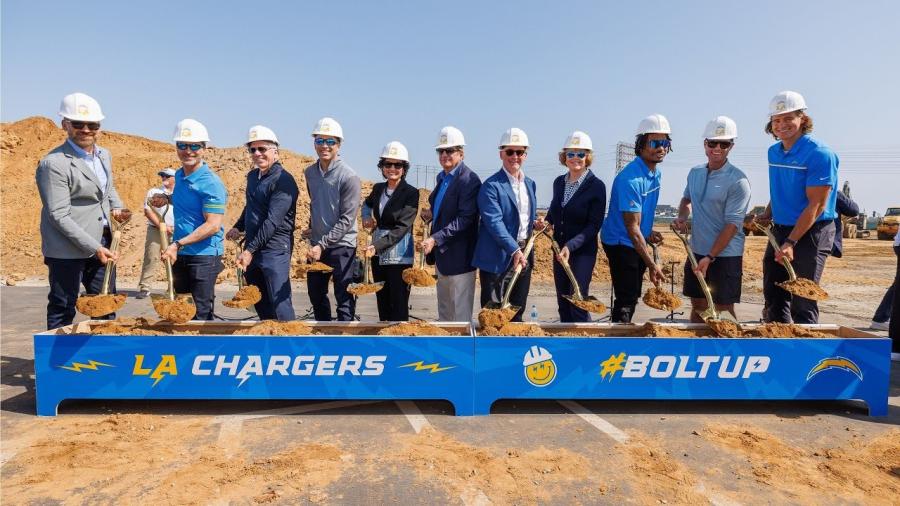 The facility also will have a rooftop hospitality club, a gaming and content studio, player rehabilitation area and media center.

"The goal is for the Chargers to become the standard of excellence in the NFL," head coach Brandon Staley said in a statement. "This new facility demonstrates our organization's commitment to that standard."

El Segundo has seen a lot of investment from developers, which has brought more companies to the city.

The area also benefits from an abundance of land and surface parking lots prime for redevelopment. The Chargers move to this area also could be a boon for others.

"It's a big shot in the arm for the entire community and will attract other businesses and businesses that do business with the Chargers," Lundquist said. He added that despite it being a huge amount of land, it would not result in much traffic since it is a practice facility and will have fewer people coming and going than alternative uses of the land would.