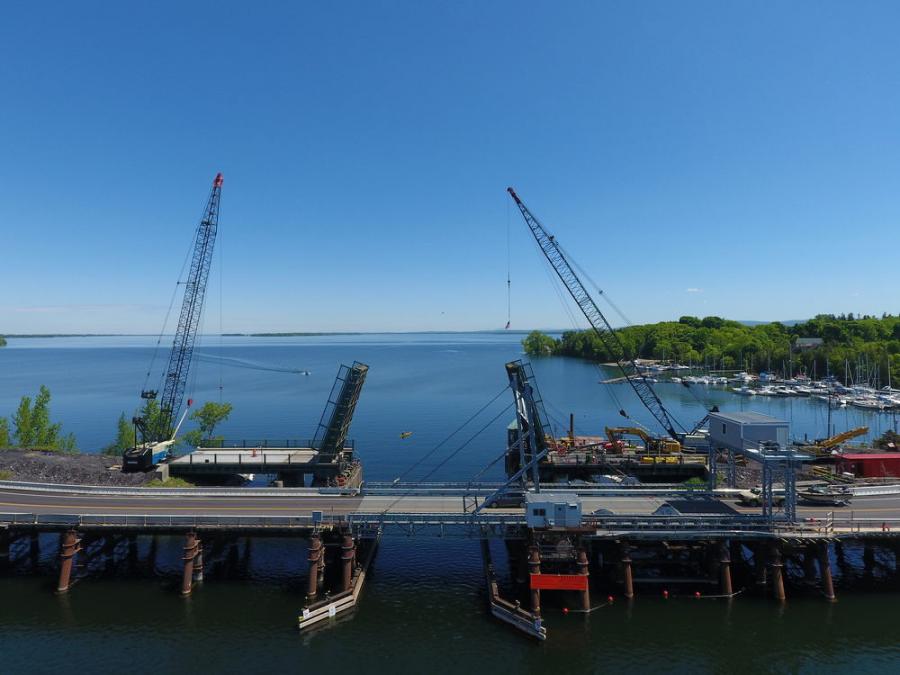 The historic bridge, which is the state’s only vehicular movable bridge, was originally built in 1953 to carry US 2 over Lake Champlain between the towns of North Hero and Grand Isle.

When the state of Vermont received the go-ahead to begin discussing the logistics of replacing Bridge 8 on US 2, the Vermont Agency of Transportation (VTrans) jumped at the opportunity. The historic bridge, which is the state's only vehicular movable bridge, was originally built in 1953 to carry US 2 over Lake Champlain between the towns of North Hero and Grand Isle. The $60 million project was awarded to Maine-based contractor Cianbro and construction began in July 2018.

Cianbro is headquartered in Pittsfield, Maine, but has operations providing construction project services in more than 40 states. The company, which is recognized by the Associated Builders and Contractors Inc. as an Accredited Quality Contractor, is best known for its skill in managing major projects and offering insight into up-to-date construction techniques. 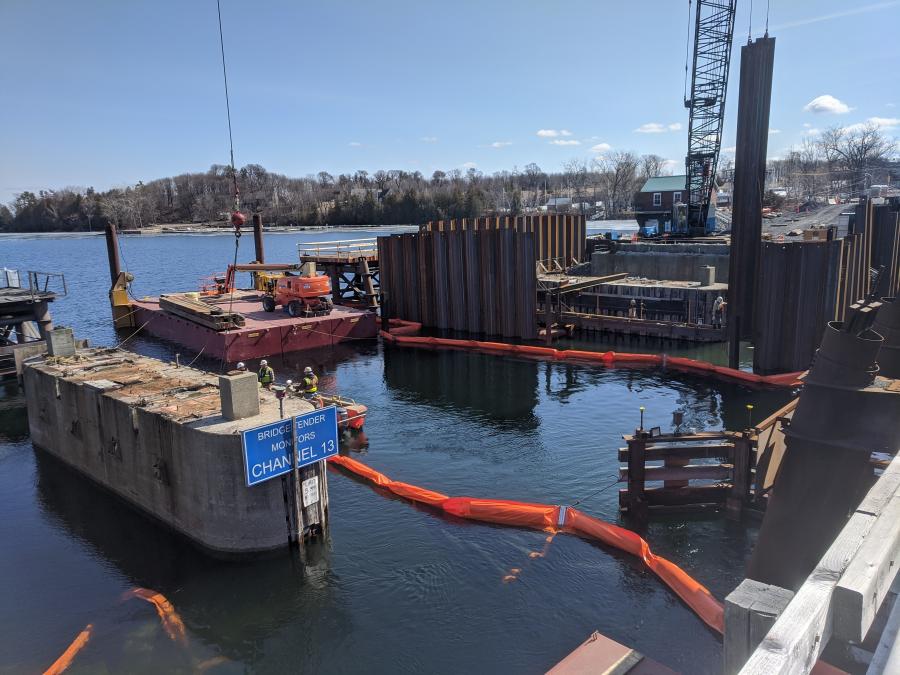 Additionally, Cianbro is working alongside three other subcontractors, each with their own niche-focus within the construction process. These include G.W. Tatro for earthwork services, Maverick for demolition tasks and Maine Drilling and Blasting for drilling needs.

The initial push to replace the twin leaf bascule bridge came because the mechanical components of the bridge were aged and worn despite the structure being in good physical shape. The state spent $1 million on repairs in 2016 and resorted to opening the bridge only once per hour instead of twice to reduce wear. Rather than continue to sink funds into its maintenance, VTrans has found it more cost effective to replace the entire structure. The new bridge should yield a lifespan of 75 to 100 years.

Todd Sumner, VTrans Project Manager, said, "The new bridge will not be an exact replica of the existing, but will be similar in form and function."

One of the more noticeable differences will be a minimal widening of the shoulder width from 4 ft. to 5 ft.

To ensure the least impact on commuters after the bridge's demolition, a temporary drawbridge, known as an Acrow bridge, was built while crews work to complete Bridge 8. The Acrow Bridge is 40-ft. wide to accommodate two traffic lanes and offers 10-ft. of clearance when closed. With the Acrow Bridge in place, it saves the 3,000 cars passing over daily in the off season, with that number doubling during the summer and fall months, an hour-long detour around the construction.

"[There are] minimal impacts to vehicle and marine traffic due to [the] temporary moveable bridge," said Sumner. "Traffic flows are slightly slower due to enforcing safe work zone speeds."

The temporary bridge is set to be in place for four years, at which point it will be demolished when traffic can safely cross using the newly constructed bridge.

Work on Bridge 8 is a year-round pursuit and was continued through the winter months. Cianbro has dedicated 34 workers to this project. However, Cianbro is reporting at least a year's delay for project completion with the date of completion pushed back from Fall 2022 to Spring/Summer 2023.

"The unexpected presence of hazardous contaminants at the project site [is] likely to have schedule and cost impacts," said Sumner." 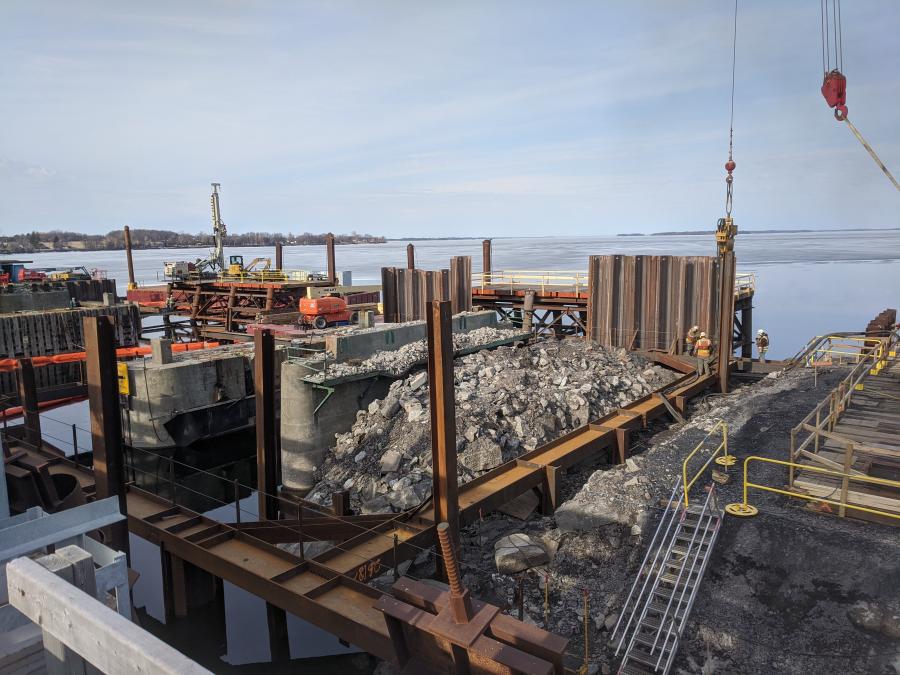 The delay is due to the discovery of lead soil contamination at the construction site. It was determined this contamination originated from the original paint used on the bridge railing. During a routine repainting process decades ago, the hazardous material was inadvertently deposited onto the soil near the existing bridge. Test results from Fall 2019 showed positive indications of lead as well as polychlorinated biphenyls and hexavalent chromium. The contaminated soil has been disposed of properly and work has since resumed. The financial impacts of the contaminated soil are not yet fully realized and are expected to increase the final cost of the project.

During construction, Cianbro has used or expects to use a variety of equipment to get the job done. This includes cranes for moving equipment and materials, a vibratory hammer to install and remove piles, and a drill rig to drill rock anchors. The main materials used for the bridge are concrete abutments, piers and deck, half-filled grid deck, and steel girders and beams. Minimal repaving is needed, only enough to capture the limits of the temporary bridge.

Cianbro and VTrans continue to monitor the progress and adjust the timeline as necessary. If no more unexpected surprises arise, Bridge 8 should be welcoming its first vehicles to cross by 2023. CEG