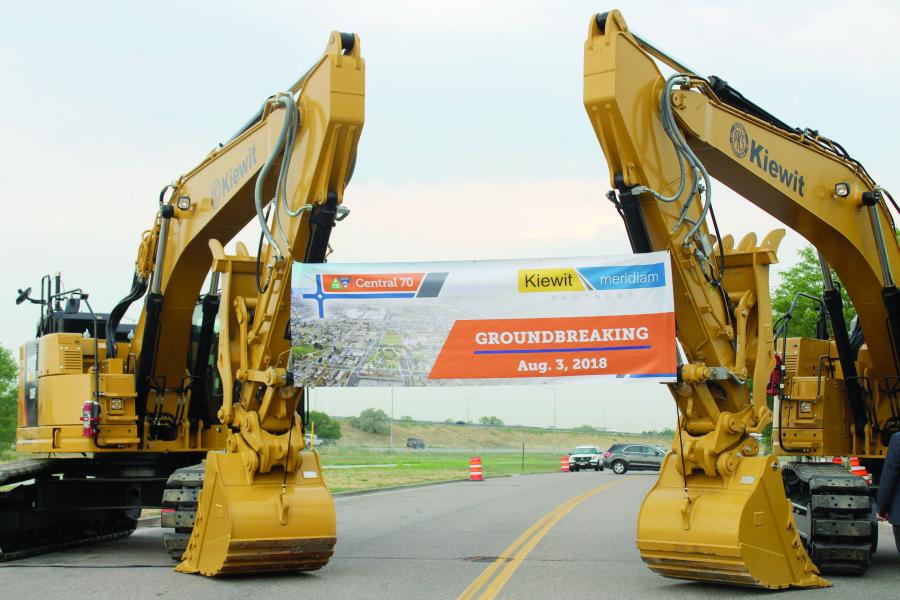 The $1.2 billion Central 70 Project will reconstruct 10 mi. of I-70 — which carries upwards of 200,000 vehicles per day. (Colorado Department of Transportation photo)

On Aug. 3, Colorado officially broke ground on its Central 70 Project; the largest construction project in the state and the Colorado Department of Transportation's second public-private partnership.

The $1.2 billion Central 70 Project will reconstruct 10 mi. of I-70 — which carries upwards of 200,000 vehicles per day — between Brighton Boulevard and Chambers Road; add one new Express Lane in each direction; remove a 54-year-old viaduct; and place a four-acre park over a portion of “lowered interstate” between Brighton and Colorado boulevards.

Colorado Gov. John Hickenlooper said in a statement that Central 70 is the first of three Express Lanes projects expected to break ground this summer and is expected to be completed sometime in 2022. The other two — I-25 South: Monument to Castle Rock and I-25 North: Johnstown to Fort Collins — will break ground within the next couple months.

“Today's groundbreaking reflects our commitment to have our infrastructure meet the needs demanded by the country's number one economy,” Hickenlooper said. “This corridor of Interstate 70 has served the state well, but it's time to no longer depend on a 54-year-old stretch of interstate to handle the demands of a growing and mobile state.”

“This groundbreaking is a great milestone for the Mile High City. It brings together relief for thousands of Denver-area commuters, cutting-edge technology that prepares Colorado for the future, and a beautiful new green space for local residents,” added Deputy FHWA Brandye Hendrickson in a blog post.

“If all goes according to plan, this P3 — Kiewit Meridiam Partners, CDOT's High Performance Transportation Enterprise and the Colorado Bridge Enterprise — will bring several big benefits [including] future-proofing road travel in Denver on the busiest route in the state by adding intelligent transportation system infrastructure that will help accommodate autonomous vehicles in the years ahead,” she said.

“The project will cut commute times for thousands of area drivers every day and add managed lanes in each direction along 10 miles of I-70,” Hendrickson noted. “For 1,200 Rocky Mountain area businesses that ship freight into and out of Colorado by plane, train and truck, the Central 70 project is expected to be a big economic boost by easing bottlenecks.”

“Investments in transportation contribute to the economic vitality of the state of Colorado,” added Mike Lewis, CDOT's executive director. “We saw this with T-REX in south Denver, and the Central 70 Project will be no exception.”