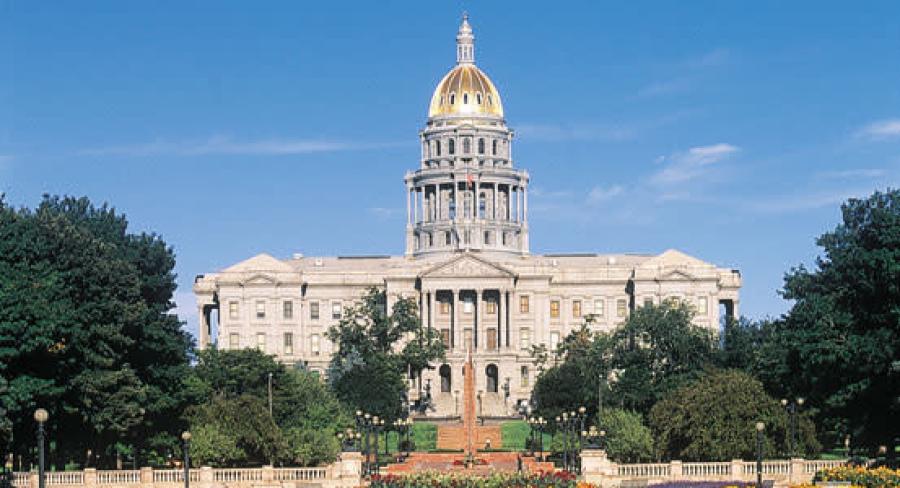 On March 21, Colorado's Senate tentatively approved a bill to ask voters next year if the state can issue $3.5 billion in bonds for roads and bridges while injecting a one-time installment of $500 million into transportation projects. (denver.org photo)

DENVER (AP) Colorado's Senate on March 21 tentatively approved a bill to ask voters next year if the state can issue $3.5 billion in bonds for roads and bridges while injecting a one-time installment of $500 million into transportation projects.

If approved, the bonds would replace most of the nearly $1.9 billion in transportation bonds lawmakers agreed to last year. Those were backed by leasing out state buildings.

The ballot delay — and change of payment source — came after negotiations between Democrats who worried a future recession could jeopardize the state's ability to keep up with bond payments and Republicans who say higher tax revenues should go to roads. GOP leaders were encouraged by economic forecasts this week that project up to $1.2 billion in unanticipated revenue next fiscal year.

Competing road-funding initiatives may appear on the November ballot and would jeopardize the Legislature's own ballot proposal this year.

The $500 million included in the version adopted on March 21 matches a budget request by Democratic Gov. John Hickenlooper for transportation funding. It also comes shortly before the Joint Budget Committee releases its fiscal year 2018-2019 budget proposal to lawmakers.

A final vote in the Republican-led Senate vote is needed before the bill goes to the Democrat-led House. House leaders, including Speaker Crisanta Duran, have objected to using existing tax dollars to back bonds, citing the need to fund Colorado's public schools and other priorities.

GOP Sen. Tim Neville objected to the one-year delay. Colorado has a $9 billion backlog in roads projects, and Hickenlooper has called the lack of investment a threat to the state's economy.

“It kicks the can down the road with a hope and a promise,” Neville said of the delay.

But Democratic Sen. Rachel Zenzinger had argued that rushing a vote would only add uncertainty for construction projects either in the planning stage or that typically depend on federal as well as state and local funds.

For years, Colorado lawmakers have struggled to pay for the state's aging roads infrastructure. The state Constitution requires voter approval of any tax increase, and Colorado's state gasoline tax of 22 cents a gallon was last raised in 1993. That tax helps fund roads.

Recent debate on the bill was prolonged by minority Democrats' protests of what they consider light punishment given to Sen. Randy Baumgardner, a co-sponsor of the bill, over workplace harassment allegations. Baumgardner stepped down as chair of the Senate transportation committee while denying wrongdoing.