Compacts: Small Enough to Get the Job Done 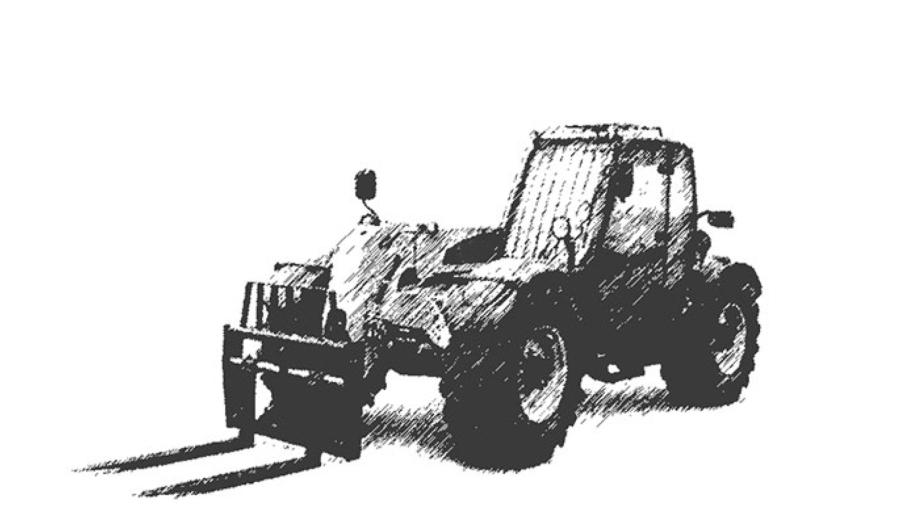 Compact equipment is coming into its own across the marketplace

Let's give a shout-out to two brothers, Louis and Cyril Keller. If those names mean nothing to you, how about this one: Bobcat. That's right, the Kellers were single-handedly responsible for reversing the bigger-is-better mantra of the heavy equipment industry by inventing, developing and popularizing a small loader that we all know today as a skid steer. The machine started a downsizing revolution that continues to sweep the heavy equipment industry.

It has been 60 years since Eddie Velo, a Minnesota turkey grower, approached the blacksmithing Keller brothers with the request that they build a mobile loader compact enough to scoop up manure on the second floor of his barn. Six weeks later, the brothers delivered a machine they called a “Keller Self-Propelled Loader.” The rest is history: Melroe Manufacturing Co. began to build a modified version of the new machine and aptly renamed it. A couple of years ago, the one millionth “Bobcat” rolled off the assembly line.

Today the switch to compact machinery continues to gain momentum. Besides the original skid steers—which indeed are steered by skidding the tires instead of changing their direction—the lineup includes track loaders (skid steers on tracks), and compact versions of wheel loaders, wheel and track excavators, telehandlers, and utility vehicles. The technology in the machines has bled over into the ag market where compact tractors can do things your grandfather only dreamed about doing with his little Ford 4N.

So why are the smaller machines so darned popular? Because they essentially are more economical to operate and more versatile than their full-sized counterparts. Yet that understates the difference. Compacts have, in effect, ushered in revolutionary thinking about how to approach a job and most-efficiently complete it. Here are some reasons the revolution is expected to roll on:

It goes without saying that smaller engines in lighter compact machinery consume less fuel than conventionally sized machinery. What isn't as obvious is that the size of the equipment also makes them more attractive platforms for electric and hybrid power units. This not only has positive ramifications for fuel consumption, it also means a cleaner environment inside confined spaces that were once suitable only for workers wielding shovels and wheelbarrows. The nimble, smaller machines can do the inside work faster and easier without befouling the air. The result: a more productive workforce.

Because track loaders and mini-excavators can be transported on trailers behind pickup trucks, contractors need not use the long flatbed units required for hauling full-size equipment. This benefits mom-and-pop operations, which can move their pieces of equipment between job sites without CDL licensed drivers. Contractors with larger fleets and projects also benefit from the compacts because it gives them more flexibility. For example, instead of hauling a backhoe-loader to a worksite for digging and then scooping, a contractor can bring in a mini-excavator and a compact wheeled loader in one trip and work the dedicated machines simultaneously. A job can get done faster. Productivity again.

Tasks that once were reserved for manual laborers have been taken over by compact machines. No more spadework digging footings for buildings and shallow trenches for utility lines. No more clean-up of job sites using rakes and shovels. No more lugging of small pieces of equipment around a job site by hand. No more lifting of materials to tops of walls or scaffolding. Less shoveling of sand or rock and wheelbarrowing it from place to place. Though full-sized telehandlers, wheeled loaders, and backhoes had taken over some of these tasks, compact equipment now do it more efficiently.

The rest of the story behind the rush to crank up compact machinery is its versatility. This is particularly true of the skid steer-track loader, which has become a Swiss Army knife type of machine. An array of conventional and some rather unconventional attachments are on the market that can turn a skid steer loader into a—take a deep breath—mower, mobile planer, grader, concrete saw, auger, post-driver, stump-grinder, brush saw, finish leveler, snow-mover, silt fence-installer, log-splitter, sod-layer, rotary broom sweeper…that's enough! You get the picture. More than a hundred attachments are on the market already.

Almost as important as the variety of attachments is that switching from one tool to another is getting easier all the time. Because attachment systems are standardized, the attachments are almost universally interchangeable. But OEMs are trying to outdo one another in their quick-attach systems. In many cases, a driver never leave his seat when switching out a tool for the next needed one.

It is surprising to some people that an equipment revolution spawned by a primitive skid steer has not spent itself after half a century. However, there is nothing primitive about today's compact equipment. Manufacturers haven't rested on their laurels. With each new model introduction, multi-function joy sticks and telematics enhance the operating experience a little more. High-capacity and multi-faceted hydraulics have strengthened and speeded up functions so new generations of compact machines dig deeper, lift higher, run smoother, and handle easier.

Finally, compact machinery sales are burgeoning because the machines appeal to a broad market of potential buyers outside the construction industry, including ag operations, suburban landowners, and institutional customers such as schools and municipalities. A town crew may have little need for a 180-hp, 15-ton wheel loader, but how about a 30-hp, 3-ton compact articulated model? That handy machine can be put to work all over town. The suburbanite with a long lane running through his 10 acres and a big garden plot doesn't need a bulldozer, but he sure could use a track loader to bushhog the rear pasture in the fall and scoop up or blow away snow from his driveway in wintry months. Stack big bales? Lift a bunk? Haul fence posts? Farmers find lots of uses for their compact telehandlers.

The Keller brothers were right: There is a big market for little machines.

This article was originally written for the Municibid blog. Municibid is a convenient and easy-to-use online auction website for government agencies, schools, authorities, and utilities to sell their surplus and forfeitures directly to the public all across America. To see similar articles, visit municibid.com.