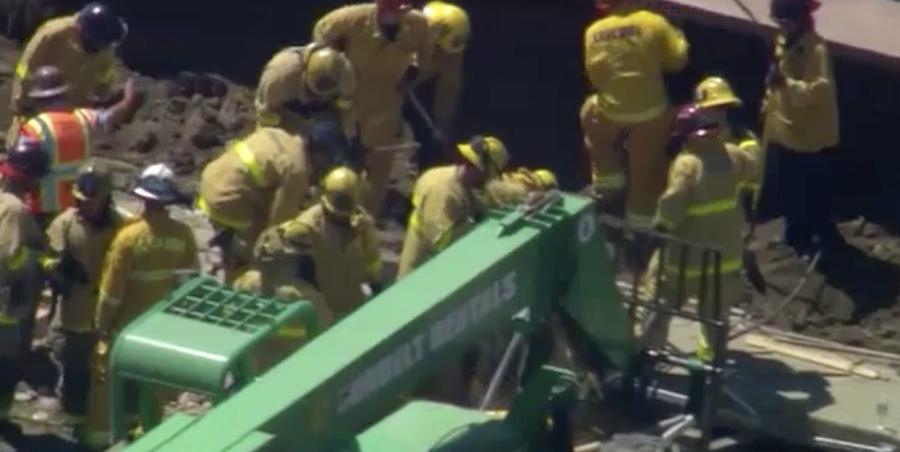 Rescue workers clear rubble and debris as they work to reach the construction workers after a concrete wall collapsed during a trench dig.


Authorities say a construction worker digging a trench at a San Diego County auto dealership was crushed by a collapsing concrete wall and killed.

Heartland Fire & Rescue says in a statement that the 51-year-old man was digging a trench for a new wall in El Cajon Monday when an existing cinderblock wall fell on him.

It took firefighters 90 minutes to clear away all the rubble, and the man was dead when they reached him. They'll be on the scene for several more hours to extract the body.

Another worker was taken to a hospital with injuries described as mild.

The state is investigating the accident.—AP

The rescue efforts were caught by a news helicopter on Monday, April 3.