Connect the DOT: Ramps Being Reworked on I-20/I-45 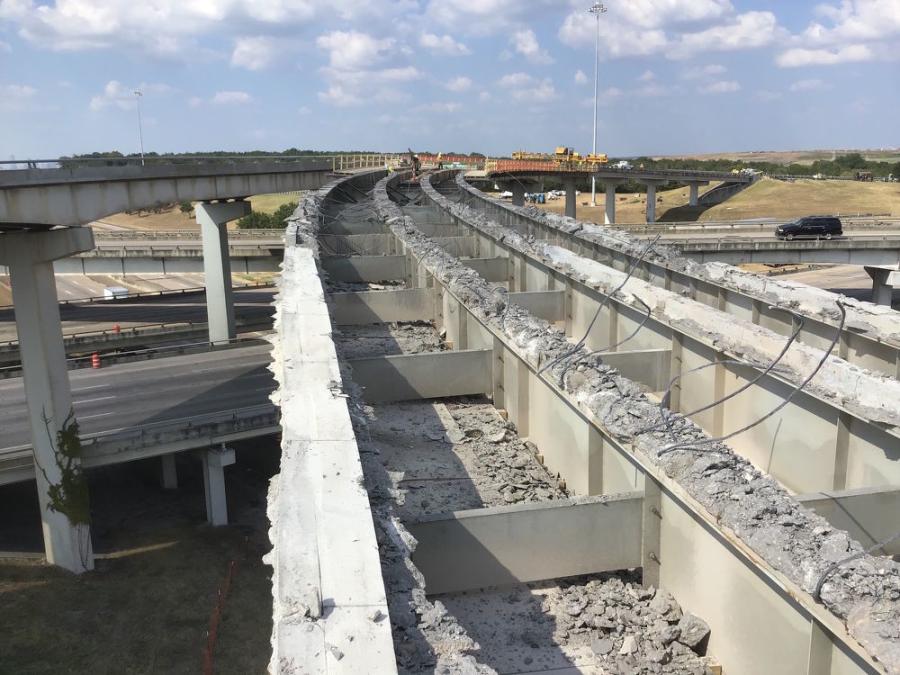 The $8.25 million project has a direct impact on the cities of Dallas and Hutchins.

Work continues on a bridge demo/deck repair project taking place at the I-20/I-45 interchange in Dallas. Three direct connector ramps are the focus of a rehabilitation project that's been underway since last summer.

"Because of the ongoing deterioration of the deck and the ongoing maintenance of the direct connector ramps at the I-45 and I-20 interchange, a special bridge condition survey was conducted," said Laura Weaver, spokesperson of the Texas Department of Transportation (TxDOT). "The survey revealed that they needed an immediate deck replacement, and that more intense repair was needed on the deck panels of three of the four direct connects to prolong the life of the bridges.

"This meant closures for those direct connector ramps for approximately four weeks at a time each, along with additional main lane closures below the ramps during the demolition process to ensure the safety of the motorists," said Weaver. "The time necessary to demolish and replace the deck was consolidated into four weeks, to prevent multiple closures over a much longer period of time."

Gibson & Associates Inc. serves as the general contractor on the project, which has a targeted finish date of March 2020.

"The three bridge ramps at the I-45/I-20 intersection being repaired were constructed in the late 1960s and early 1970s, and carry approximately 150,000 vehicles per day, with 36 to 38 percent being trucks," said Weaver. "When built, there was no major trucking/freight industry in that area. Now the Southern Dallas County Inland Port makes its home just south of the I-45/I-20 intersection. There are also landfills north and south of I-20 on I-45 which accommodate dozens of large, heavy trash trucks daily."

Safety is a top priority for crews, who've taken precautions to keep everyone out of harm's way during the ongoing construction.

"Detour signage has been provided, along with traffic control devices to navigate the traveling public through our construction limits, said Weaver."

Weaver also noted that motorists in the area are being adversely affected by the work, which is typical for a construction project of this nature. With backups and delays anticipated, drivers were encouraged to seek alternate routes early on.

"Traffic is detoured accordingly through the turnaround via the frontage roads at the intersection. Detours are marked via DMS boards to assist with traffic control," said Weaver.

While there are temporary inconveniences for the steady stream of commuters, Weaver said the completed project will have a positive impact on drivers for years to come.

"Prior to construction, weight limits were instated for truck drivers driving on the direct connector ramps at the interchange [axle: 20,000 lbs.; tandem: 34,000 lbs.]. If only the minimal repairs continued without full panel replacements, load limits would need to be permanently placed on the direct connectors, but with a full rehabilitation, the load restrictions can be lifted, once construction is complete."

While extreme temperatures and significant rainfall can often result in lost time on a job site, the elements have not been a factor for crews as they work to complete the assignment. 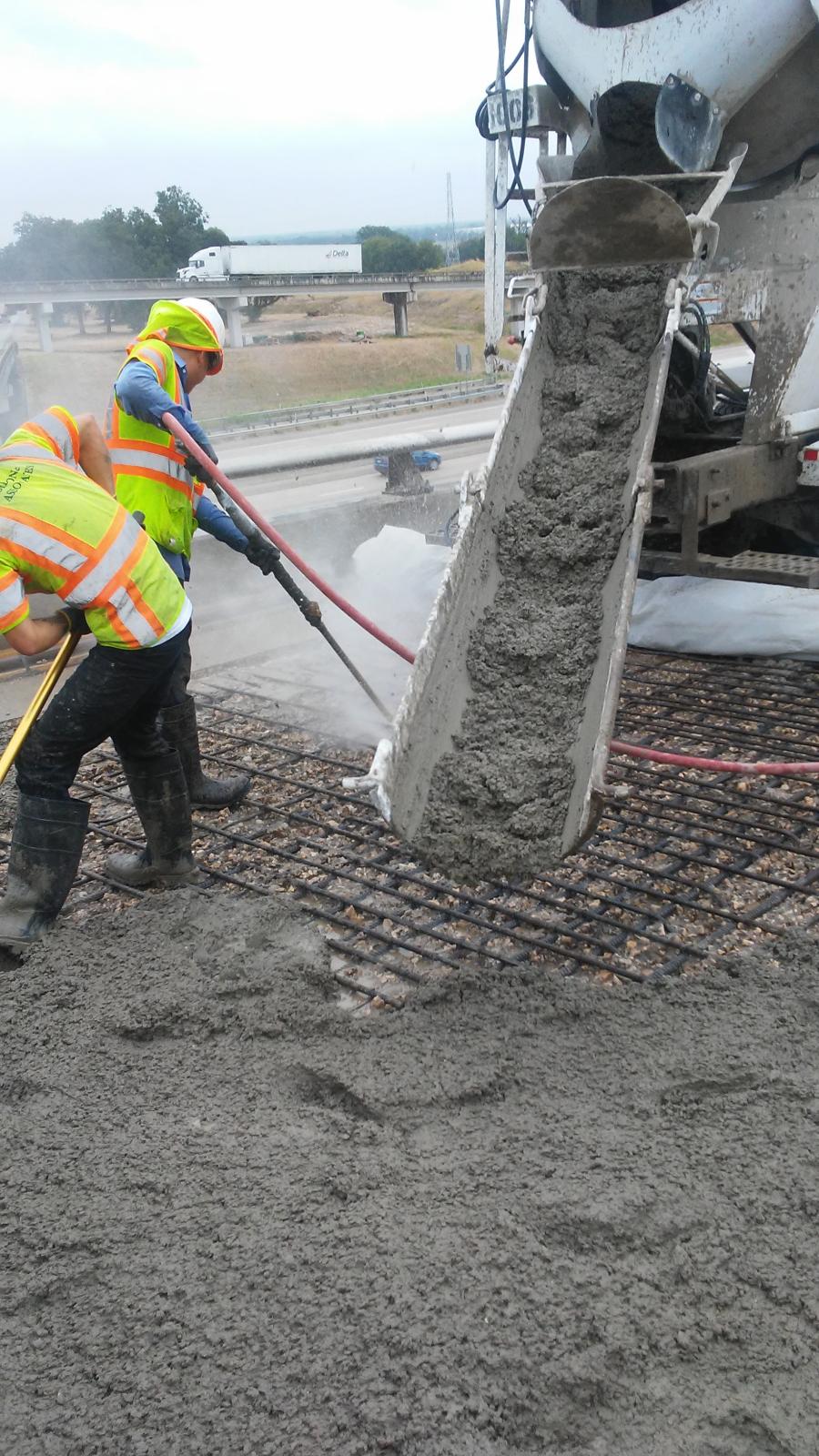 "We have been fortunate to not have weather affect the construction," said Weaver.

A variety of materials and heavy equipment is being used on the project, which began in August 2019. A number of construction tasks have already been completed, with no major setbacks reported.

"The contractor has completed all milestone work for the three direct connector ramps [NB I-45 to WB I-20, SB I-45 to EB I-20, and WB I-20 to SB I-45], which included demolition of the decks, removing existing metal railing, forming bridge deck, pouring new deck, milling and hydro-demolition of the connector approaches, pouring deck overlay at approaches, slipping new bridge rail and installing guardrain," said Weaver.

Crews are currently working on cleaning and sealing joints on connectors, and performing the penetrating surface treatment on the shoulders, too. Workers still must clean and paint the bearings on the connectors, permanently strip the connector ramps, install conduit and LED lighting at proposed locations at connectors and also complete vertical and overhead concrete structure repairs for abutments, bents and columns.

Regarding specific deck repair work required on the project, the undertaking called for a roto mill of 1-in. and hydro-demolition of 1-in. for the approaches followed by a 2-in. overlay for the connector ramp approaches. The entire deck over the steel spans was demolished, formed and a new deck poured for each connector. CEG