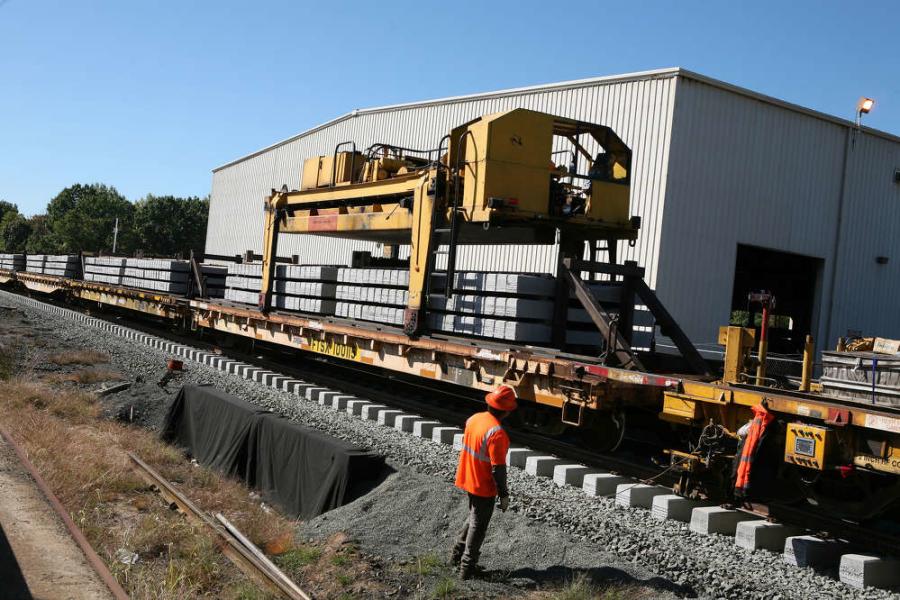 This is the second season this machine has been used in Connecticut.

The Connecticut Department of Transportation revealed its track laying machine July 25, which will help increase train service in the region.

Crews were working in Berlin, Conn. on Tuesday laying down rail. The track laying machine made that work faster, cheaper and easier. Though it may look like it's moving slowly, it can lay down up to a mile of track per day. Crews will lay track to Newington, Conn.

“It's one of the only places in the country building a brand new railroad like this so it's exciting to be here and to see this coming to closure,” said Connecticut DOT Commissioner James Redeker.

Rocks, called ballast, were put down first so the area was ready for the track laying machine to come through. It lifts up the rail track, puts down concrete ties, aligns the track on them and pins it in place, laying the foundation of an easier commute.

This is good news for passengers, since it will mean more than double the number of round trips than what's currently offered. It will also mean faster service and more frequent trains.

“This will be a high speed service. We've designed this and we can run up to 110 miles an hour so it'll be a really quick trip for people,” said Redeker.

The companies that will operate and manage the service will be a joint venture between TransitAmerica Services and Alternate Concepts.

However, before the trains run there is still work to be done.

“Once we complete this stretch of the tie installation we still need to surface, adjust the rail, complete the signal system, cut overs,” said Tim Sullivan, Capital Construction senior manager.

This is the second season this machine has been used in Connecticut.

Improvements have already been made to the infrastructure. Crews have rebuilt tracks and fixed bridges.