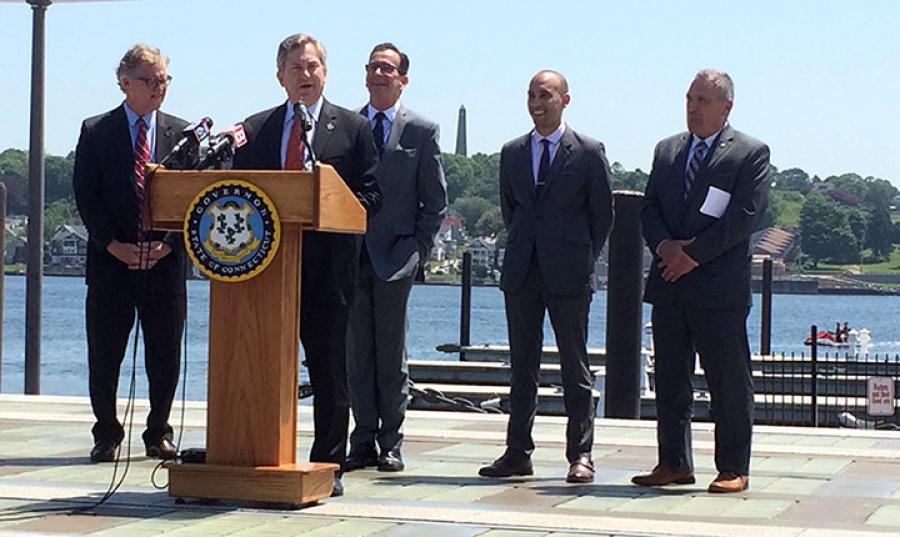 Gov. Dannel Malloy has announced the State Bond Commission is expected to approve $15 million for an infrastructure improvement project that will revitalize State Pier in New London to maximize the port's potential as a regional economic engine.

The Connecticut Port Authority (CPA) will oversee the project, and work has already begun on preliminary planning.

Scott Bates, the chairman of the CPA, praised Malloy for his decision to continue his administration's large-scale investment in the Connecticut maritime economy:

“Governor Malloy has worked hard to rebuild Connecticut's infrastructure as a way to create jobs and long term economic growth. This investment in State Pier will pay dividends for years to come in this region and across Connecticut. At the Connecticut Port Authority, we are ready to tackle this new project as we continue our work strengthening the maritime economy across the state,” said Bates.

State Pier in New London is the only major port, from the mid-Atlantic to Maine, without the bridge obstructions or hurricane barriers that can restrict ships from entering other harbors.

This is a major advantage when it comes to using State Pier to support development initiatives along the east coast of the United States. The same natural assets that made New London the Whaling City, and a major area of regional commerce in the early days of the United States, are still assets today.

The governor's announcement of further investment in State Pier follows an earlier announcement of a new partnership with Electric Boat that is expected to help create nearly 2,000 jobs in the region.