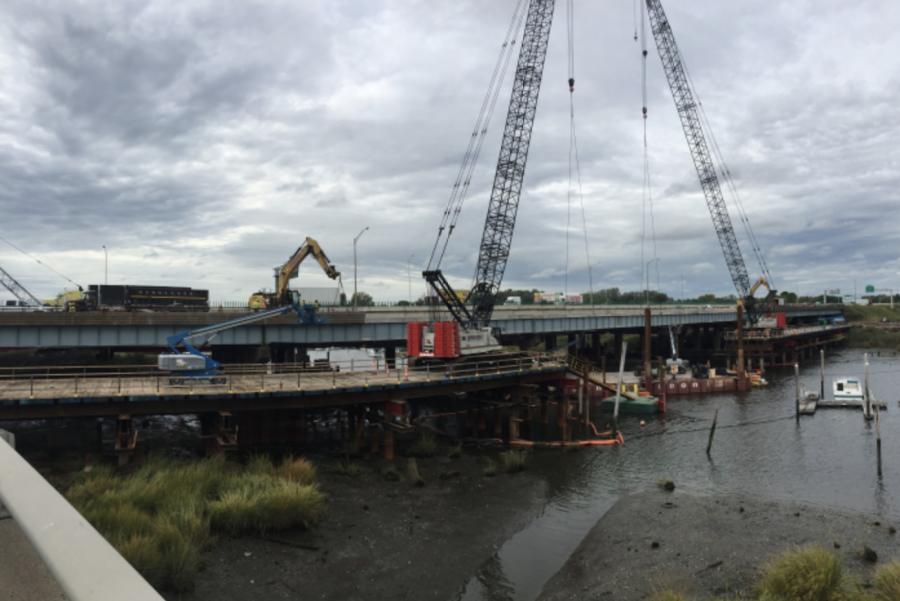 Despite financial difficulties in Connecticut, there are major construction projects ongoing in the state, with billions to be spent over the next decade plus.

The Department of Transportation's Major Project Updates page currently lists 14 projects, from the $194.1 million West River Bridge Replacement in New Haven and West Haven — which reopened in June and was scheduled for completion in August — to the I-84 Hartford viaduct, which will cost $4.3 to $5.3 billion and will start in 2025 and be completed in 2032.

The state's budget crisis, a top story in 2017, has impacted financing for construction projects, with about 133 projects costing $1.1 billion projected to be on hold through end of the current budget cycle in 2019, according to James Redeker, DOT commissioner.

The budget crisis impacts individual towns that are struggling to finance their construction projects.

Carolyn Mirek, the mayor of South Windsor, said a $470 million project to build two elementary schools is under way. They will be paid for by the sale of bonds, not by the state.

Bethel Town Comptroller Bob Kozlowski said that the town cannot rely on its $11.9 in reserves to cover cuts in state funding that is needed to cover construction projects.

While the state has cut back on town construction funding, it maintains some programs, including road paving.

“We spent $15 million last year and plan to double it to $30 million next year and double the amount of miles we'll repave,” said Mary Baier, the principal engineer at the state office of construction.

The reconstruction of I-84 in Waterbury, with a cost of $350.4 million and a completion date of June 27, 2020 also is on the DOT Major Project Updates page.

Christopher Zukowski, DOT's project engineer, said that project includes widening a 2.7 mi. segment of the highway from two lanes to three and eliminates an “S” curve. The project will proceed according to schedule and adhere to the budget. The contractor is I-84 Constructors JV, which includes Empire Paving and Yonkers Contracting.

Amar Shamas, president of the Connecticut Building Congress and a senior project executive at the Gilbane Company in Enfield, said school construction projects in the state are running strong despite state financial woes.

“There is a construction boom in Fairfield County, with school construction also taking place in the major cities and the eastern part of the state,” he said.

He noted projects under way at Yale and the University of Connecticut.

Baker Hall, Yale Law School's new academic, socials and residential hub, opened in mid-August after a year-long construction project. Renovations to the UConn Bookstore on the Storrs campus, which includes a new entrance and a full-service Starbucks café, was completed last year.

Shamas said the construction climate is not as healthy as it was a few years back.

“The new administration will be looking to turn things around with the new governor dealing with projects on a scaled back status,” he said.

“The economy does impact us somewhat with a shortage in skilled labor and people leaving the state that affects the pool of labor. There are not as many projects as we used to see, but it's looking good. The worst is behind us and things will be better in the next five to 10 years as companies are more comfortable with their finances,” said Shamas.

He said Gilbane is currently busy renovating a state office building in Hartford at a cost of $205 million. It also is renovating West Haven High School at a cost of $130 million and working on public school renovations in Greenwich, Stonington and South Windsor.