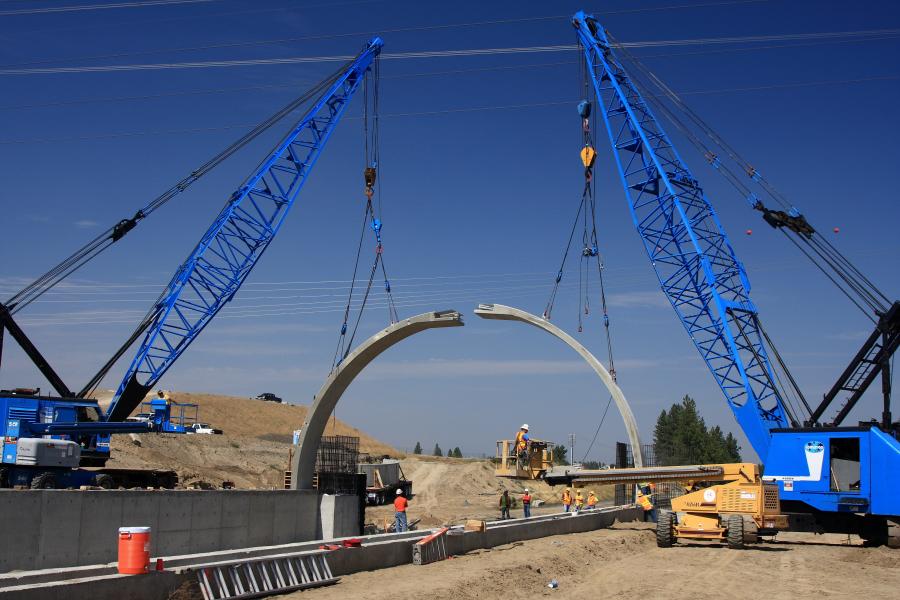 Spokane-based Max J. Kuney was the contractor for the Freya Street structures, part of the $2.2 billion North Spokane Corridor Project, which included two main-line freeway bridges over Freya, just north of Francis Avenue. Kuney, a family-owned company since 1930, focused on the transportation, bridgework and piling.

Approximately half of the U.S. Route 395 North Spokane Corridor has been completed and is now operational. The Washington State Department of Transportation is managing the project – a 10.5-mi. north-south section of freeway along the eastern border of Spokane, Wash., designed to improve freight and commuter mobility through the metropolitan area.

When work is finally finished, the North Spokane Corridor will be a limited access highway along a new alignment that connects to I-90 on the south end west of the existing Thor/Freya Interchange and to existing U.S. 2 at Farwell Road and U.S. 395 at Wandermere on the north end. It is expected to carry more than 150,000 vehicles per day.

Spokane-based Max J. Kuney was the contractor for the Freya Street structures project, which included two main-line freeway bridges over Freya, just north of Francis Avenue. Kuney, a family-owned company since 1930, focuses on the transportation, bridge and piling markets and worked on WSDOT's first Design-Build contract in 2000 — the Thurston Way Interchange. In addition to freeway widening projects and bridge building, Kuney takes on high-profile contracts, such as the Foss Waterway bridge in Tacoma, Wash., one of only 13 cable stay bridges in the United States at the time, with towers reaching 214 ft. tall, completed in 1994. 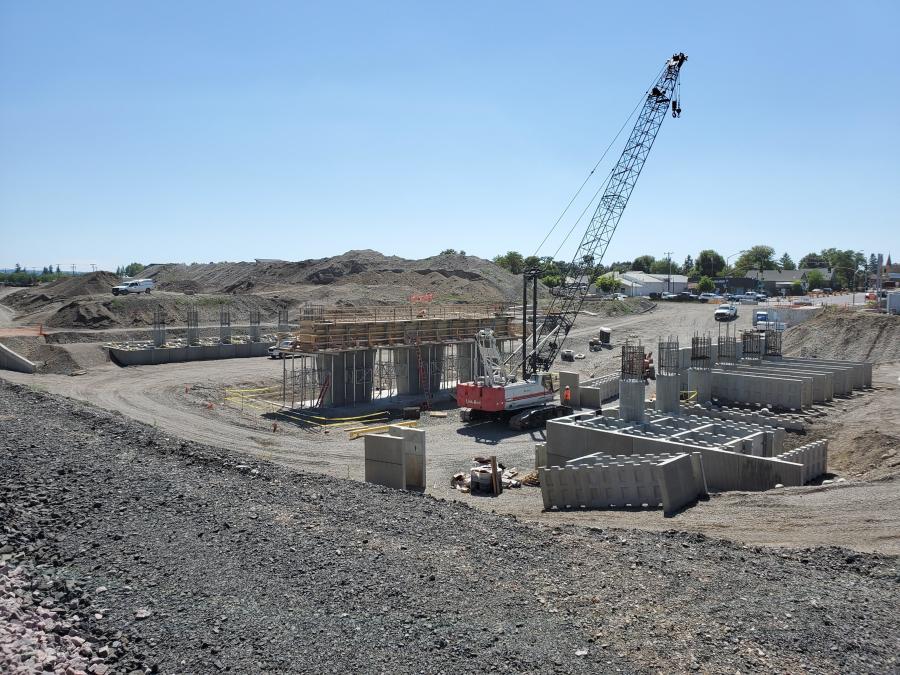 In addition to construction of the two bridges, the project also includes embankment, surfacing, asphalt and concrete paving, fencing, a traffic barrier, curb and sidewalk improvements, and landscaping work. The $7.6 million project was completed in 2018.

As work resumes on the Wellesley Avenue interchange, crews continue working on other projects, including:

In addition to general travel lanes, right of way is being reserved for a future high-capacity transit system with park-and-ride lots.

"The NSC project includes a companion multiuse path for the full length of the corridor," Hilmes said.

The bicycle and pedestrian trail has been named the "Children of the Sun Trail."

"We are actively engaging the public on the remaining portion of the NSC and Children of the Sun trail through a process call ‘placemaking'," said Bob L. Hilmes, project engineer of the WSDOT Eastern Region. Hilmes "Placemaking combines community assets with input and inspiration in order to create public spaces that promote well-being."

As part of a $2.2 billion project, only the northern 5.42 mi. have been completed. The southern section received state funding in 2015. Work began in 2017 and was expected to be completed by 2029. That timeline, however, has been altered, adding at least one year to the expected completion date, because between $45 million and $50 million in work to construct the freeway between Sprague Avenue and the Spokane River was deferred in late 2019 after passage of Initiative 976, which limit car tabs to $30 a year and resulted in a $4 million shortage. 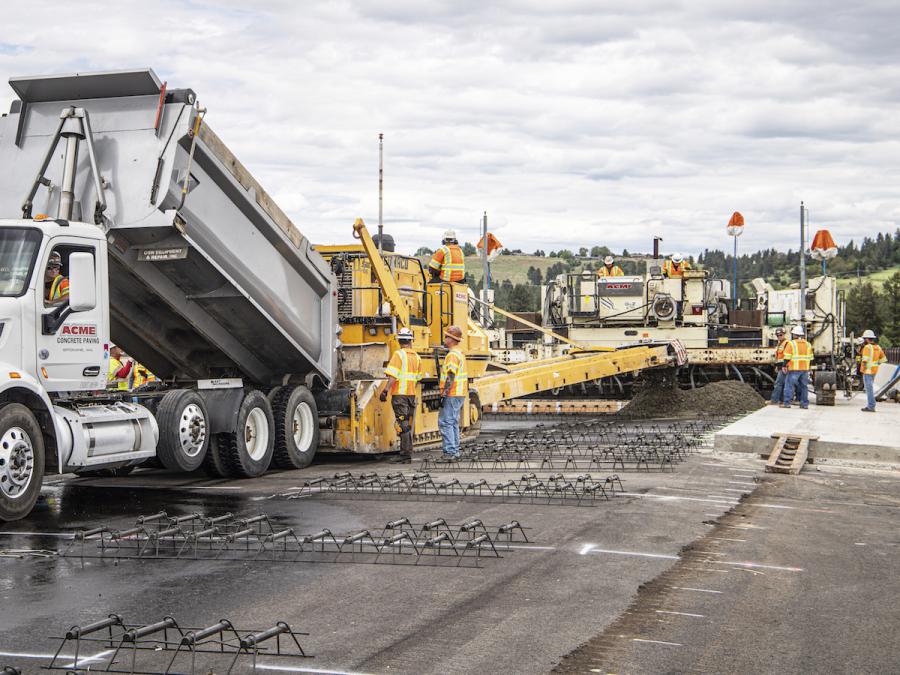 "We are progressing on the NSC from the north to the south," said Hilmes. "The Columbia-to-Freya project completes the interchange with Freya and was scheduled to be completed this spring. However, construction is currently at a standstill so completion will be delayed."

The corridor extension was designed to open in sections as work progresses from north to south. However, Hilmes said, "We will not be placing traffic on the NSC south of Freya until the interchange at Wellesley Avenue is completed."

Wellesley Avenue between Market Street and Freya Street was closed in November 2019. The interchange is not expected to reopen until late 2022 or early 2023.

Since the groundbreaking celebration in August 2001, dozens of construction companies have built more than 5.5 mi. of freeway, three interchanges, 30 bridges, one railroad tunnel and a multi-use trail that parallels the NSC. But progress has been slow. 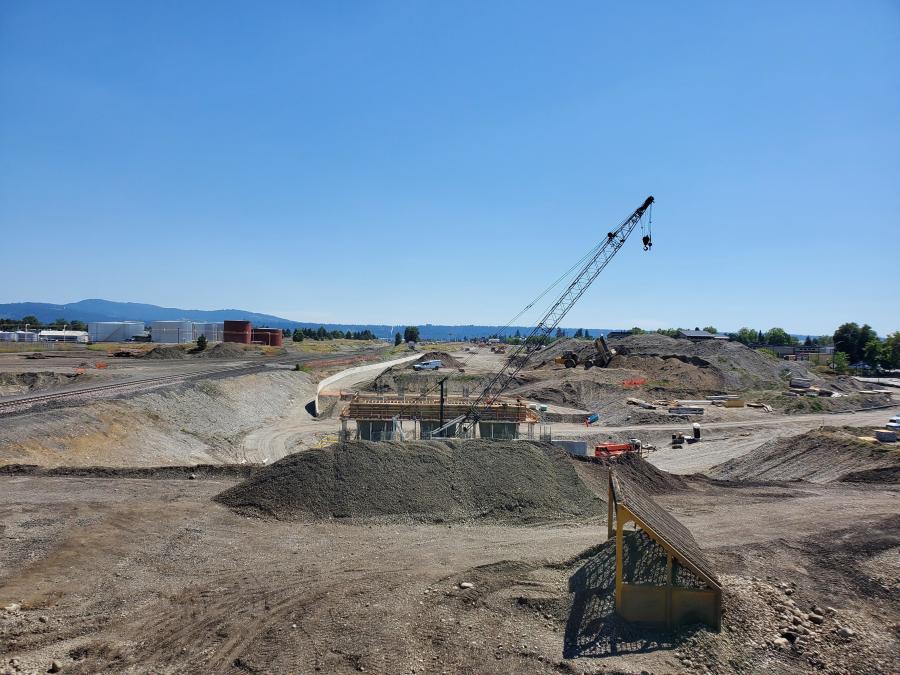 Ranked 19 of 43 on the Congressional High Priority Corridor list of the National Highway System, the NSC hasn't exactly been fast-tracked. The Federal Highway Administration approved the Final Environmental Impact Statement in 1997, with a supplemental FEIS for the Spokane River north to U.S. 395 at the Wandermere section earning approval in 2000.

The project's first phase was the Hawthorne Road to U.S. 2 job, a grading and drainage job that was completed in 2002.

The first driveable segment of the project opened to traffic in 2009: the first Nickel Project – named due to the 2003 State Nickel Gas Tax Package, which allocated $321 million to fund design, right-of-way purchases and construction between 2003 to 2011 – Francis to Farwell. The nickel tax also funded the U.S. 2 Wandermere and U.S. 2 Lowering projects.

By fall 2012, the north half of the NSC was open to traffic. The same year, work began on the Francis Avenue bridge replacement project. When it was opened to traffic in 2014, the remainder of the NSC projects lacked more than half the necessary funding – a situation that wasn't addressed until the 2015 Connecting Washington legislation passed.

Other portions of the project that have been completed include:

Funding for the NSC comes from a number of sources. Pre-existing funds amounted to $158,435,000. The 2003 Nickel Gas Tax added $292,614,000. Another gas tax in 2005 contributed an additional $92,478,000. The Transportation Partnership Act, or State 9.5-cent tax, was implemented to fund the project between 2007 and 2019, providing money for right-of-way acquisitions north and south along I-90, between the Liberty Park Interchange and the Sprague Avenue Interchange, for the future Collector/Distributor System and to design and construct a noise wall project along this same section of I-90. This allocation also provided funding to design the "shovel ready," southbound lanes project between the Francis/Freya and Farwell Interchanges. 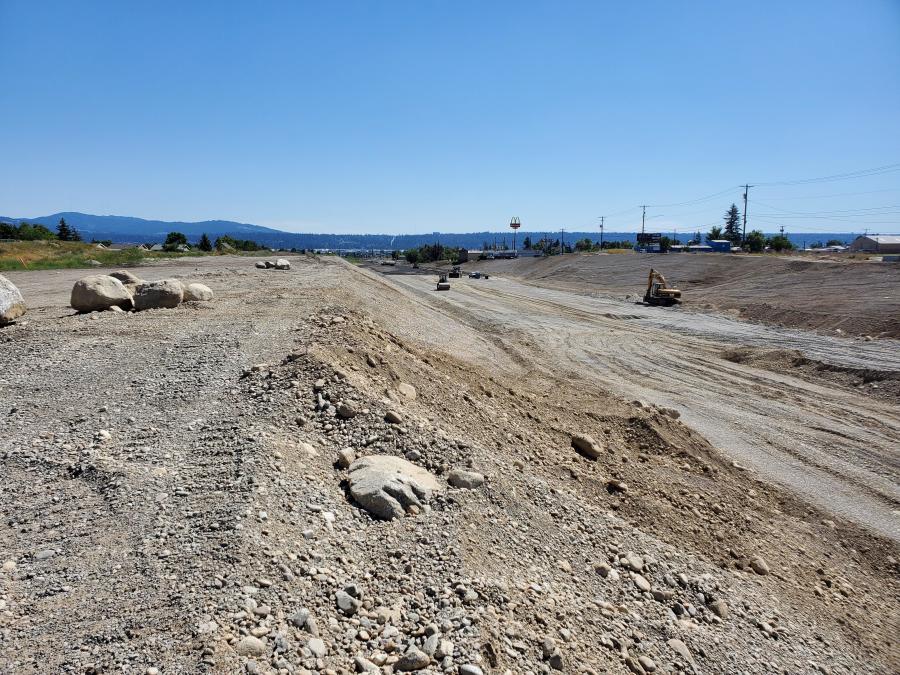 Other allotments came from Special Cat ($69,272,000) and Connecting Washington ($879,900,000), a package passed by the legislature in 2015 to pay for the completion to I-90. Connecting Washington is a $16 billion revenue package that allocates funding for mega-projects, preservation and maintenance, service, ferries and multi-modal transportation projects. This package includes an 11.9 cent gas tax increase.

Conceived as long ago as the 1940s, this project will run about one mile east of where it was originally planned in the 1960s and 1970s. The new NSC will help decrease travel time, fuel usage and congestion through metropolitan Spokane. WSDOT predicts a travel time between Wandermere and I-90 will be shortened to 12 minutes once work is completed.

Safety will be improved by re-directing trucks from the local arterials to the freeway. The NSC will bypass the busy Division Street corridor, reducing pollution as well as traffic congestion.

Since 2001, there hasn't been a year that the NSC hasn't been worked on. Locals are hoping that by 2030, work will at long last be finished. CEG