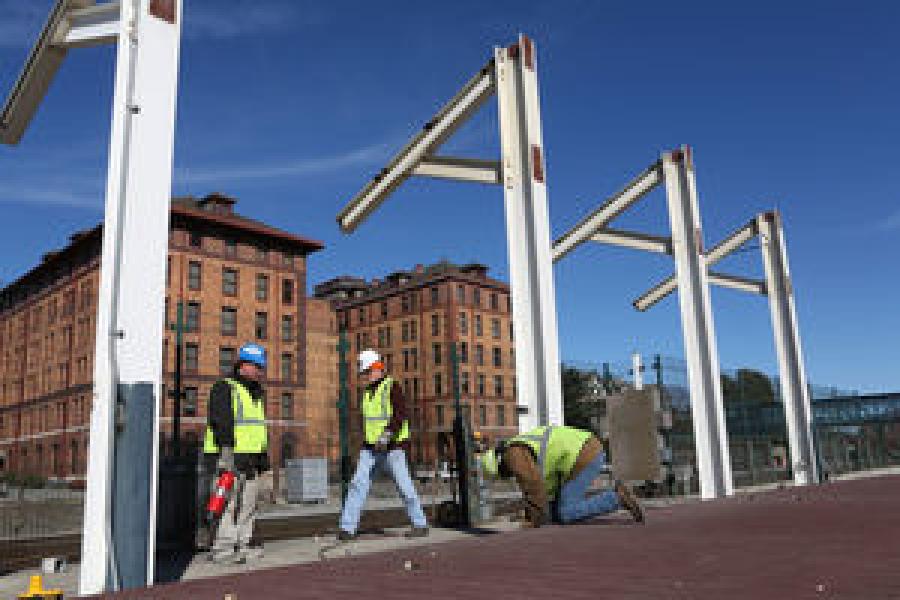 They worked to relocate exhibits and the performance stage along the David R. & Susan S. Goode Railwalk, the sidewalk attraction running along the train tracks dotted with exhibits such as signals, train parts, a small hopper of coal and mounted historic photos and reports.

The exhibits will be stored at the Virginia Museum of Transportation, according to B.T. Fitzpatrick, who was assisting with Monday's work.

Contractor Faulconer Construction Co. and subcontractors it might use will install a new section of track, build a raised waiting and boarding platform beside it and top the platform with a canopy. Pedestrian access ramps will lead from ground level to the platform's top, which will sit level with the floor of the train, according to previously announced plans.

During construction, the city will restrict traffic on Norfolk Avenue to eastbound only and limit parking on Railside Avenue behind Warehouse Row, according to a city announcement.

The state said construction will take 10 months. Passenger train service to Lynchburg and points beyond, including Washington, D.C., will then begin, officials have said.

For the full story, visit the Roanoke Times at http://url.ie/11oo9.