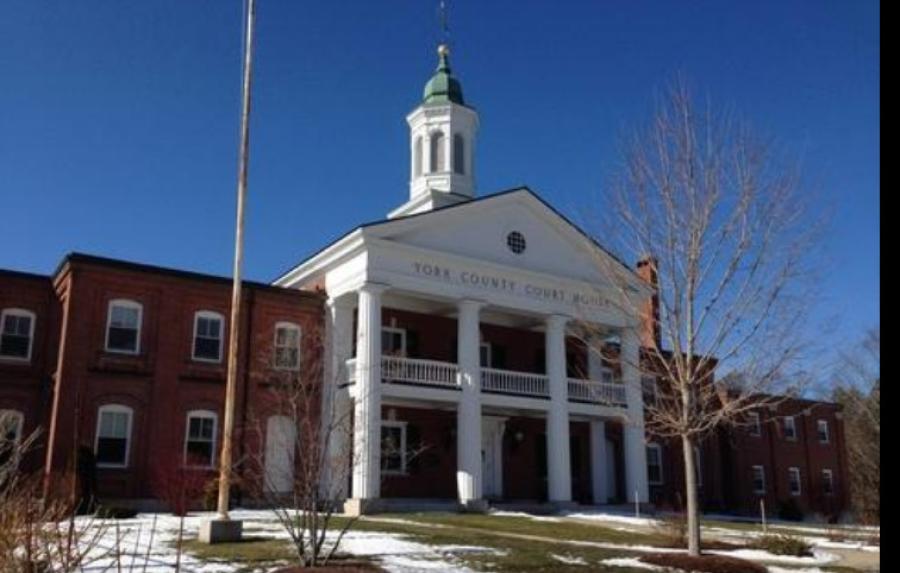 The York County Courthouse will be replaced with a new judicial center, expected to open in the summer of 2022.

Motorists driving by 511-515 Elm Street on Route 1 in Biddeford, Maine, will see a big red fence fronting the road these days. Behind the fencing, huge pieces of heavy equipment have moved mounds of earth, and there are other signs of construction.

The long-anticipated York Judicial Center project has begun. Workers have been on the site for approximately seven weeks, said Philip Johnston, the state of Maine's representative on the project, on Jan. 5.

Johnston said the first pour for the foundation footings took place the week of Dec. 14, and the second one week later. After the footings, he said, the foundation walls were next to be constructed.

Julia Finn of the Maine Judicial Branch said the work is progressing well.

"We continue to work with the architect on finalizing the interior features of the building," she said in an email.

Johnston said the winter weather is not likely to hamper construction, except for the time it would take for any snow removal.

"Overall, the project is going as anticipated," he reported.

The new building is expected to be mostly complete by February 2023, with a projected opening that spring.

The York Judicial Center has been a long time coming.

In 2016, the Maine Legislature passed a bill sponsored by former state Sen. Linda Valentino that budgeted $65 million for a new courthouse in York County. Later that year, a court site selection commission chose the Elm Street site as the location for the new courthouse from an original slate of 27 possibilities.

Work on the new building began after the state secured the necessary permits from the city of Biddeford, following the City Council's July vote on a contract zone for the project. A contract was required to build the structure at the Elm Street site, a property formerly owned by the city, because at 68½ ft. high, it is nearly twice the 35-ft. maximum height allowed in the zone.

Biddeford sold the property to the Maine Governmental Facility Authority in 2017 for $810,000.

The new building consolidates and replaces the three Maine district courts operating in Biddeford, Springvale and York, as well as the York County Superior Court, which operates in the county-owned courthouse in Alfred. The consolidation is aimed at improving efficiencies in the state's court system.

The stately York County Court House building in Alfred, which contains the county Registries of Probate and Deeds, the York County Probate Court, the county district attorney's office and other county-related functions, will remain open.