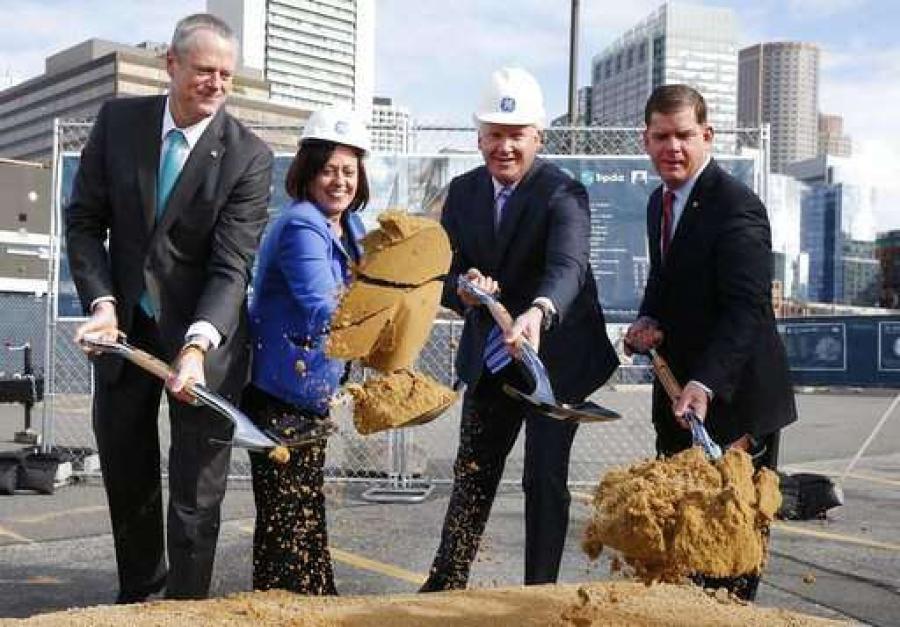 General Electric on Monday officially kicked off construction for its new $200 million headquarters overlooking the Fort Point Channel, just over a year after the industrial giant made the decision to relocate to Boston from Connecticut.

Mayor Martin J. Walsh, Governor Charlie Baker, and GE executives Jeff Immelt and Ann Klee all spoke to the crowd. Each of them retold elements of the story of how the company decided in January 2016 that it wanted to be in Boston, to be in a place considered a hotbed of innovation.

“This town is going to be one of the most important cities in the world, and GE can be part of that renaissance,” said Immelt, GE's chief executive.

Baker and Walsh both joked about how the Fort Point area has changed over the decades. “As somebody who grew up here, I used to go to a bunch of the bars that used to be here,” Baker said. “Mr. Mayor, you've come a long way since then.”