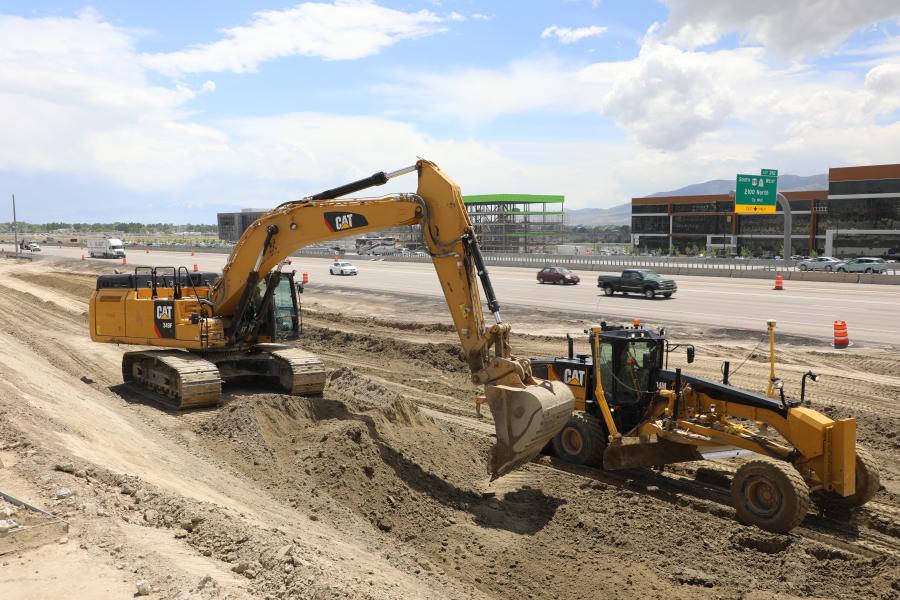 The $430 million project to widen I-15 in Utah County was designed to improve traffic congestion between Lehi’s Main Street and S.R. 92, known as the Timpanogas Highway.

Applied Research Associates Inc. (ARA) was part of a team of designers and contractors who recently completed a large, high-priority design/build project on Utah's Tech Corridor on I-15. The project is located south of Salt Lake City for the Utah Department of Transportation (UDOT).

The project was ranked as UDOT's number one priority project for 2018 when construction began due to the very high growth of truck and auto traffic in this area. The $430 million project to widen I-15 in Utah County was designed to improve traffic congestion between Lehi's Main Street and S.R. 92, known as the Timpanogas Highway.

ARA conducted all of the pavement designs as well as provided technical assistance on several major obstacles that arose during construction. ARA's contributions involved at least a dozen different designs such as the main line, ramps, cross streets, frontage roads and adjacent highways.

The new Tech Corridor reconstruction includes 10 to 12 local traffic lanes and shoulders, all with concrete designed to last 40 years. The reconstructed pavement length represents about 8 mi. of I-15 that was originally built in the 1970s.

The "Tech Corridor" name applies to the area of Utah County that boasts more than 100 high-tech companies and government offices and is one of the fastest growing areas in the United States.

This project is the third major I-15 ARA design/build project. The I-15 work began in 2009 and extended until 2020 with over 38 mi. of concrete freeway plus adjacent roadways.

Another major design/build project that included ARA as the pavement designer is U.S. 89 north of Salt Lake City, which is under full-scale construction at the present time.

The largest of these major I-15 ARA pavement design projects was 24 mi. in length and was constructed between 2010 and 2012. ARA was the engineer of record and UDOT earned the America's Transportation Awards Grand Prize from the American Association of State Highway and Transportation Officials (AASHTO) for the I-15 corridor expansion (I-15 CORE). This massive project used innovative scheduling and planning techniques to complete the $1.725 billion project two years ahead of schedule while also using cost effective yet reliable pavement designs, saving taxpayers approximately $260 million.

"ARA designed pavements utilized much of the existing road materials, allowing for construction dollars to be stretched while still providing 30 years of expected structural performance," said ARA Principal Engineer Mike Harrell. "The people living and working along the Tech Corridor will benefit from smooth safe pavement for decades."

ARA has provided comprehensive highway and airfield infrastructure services for more than 30 years to local and state highway agencies and assisted contractors with design/build projects. For more information, visit www.ara.com/infrastructure.