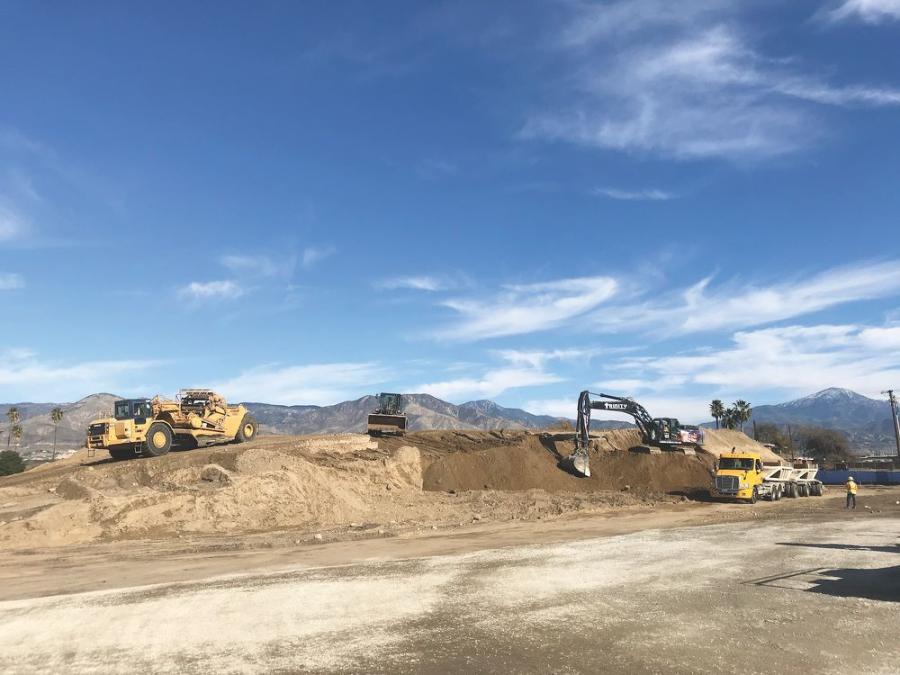 With 2020 nearly upon us, construction industry executives are wondering what the new year holds for them. They are attending presentations by economists, peering into crystal balls and otherwise anxiously looking into the future. On the other hand, some are just looking to California for insight.

The Golden State long has been one of the bellwethers for cultural and economic trends in this country, including commercial and residential building and heavy equipment emission regulations. It follows that what economists see happening in California some-times can be a useful projection of what will be happening eastward across the country.

While the economic outlook for next year in California is akin to a weatherperson's "sunny with a chance of showers," the emphasis seems to be on the sunny part. For example, Ken Simonson is bullish about California's 2020 construction prospects. However, the chief economist for Associated General Contractors is not Pollyannaish. While he believes prospects for construction activity in California are good, he says there are crosswinds that might blow the best laid plans off course.

"The economy is in good enough shape that firms will be booking new orders throughout the state," Simonson said. "But unfavorable population trends and harmful trade policies may dim the outlook." For those very reasons, the Dodge Data and Analytics forecast predicts fewer project starts in 2020 nationally than were experienced this year. 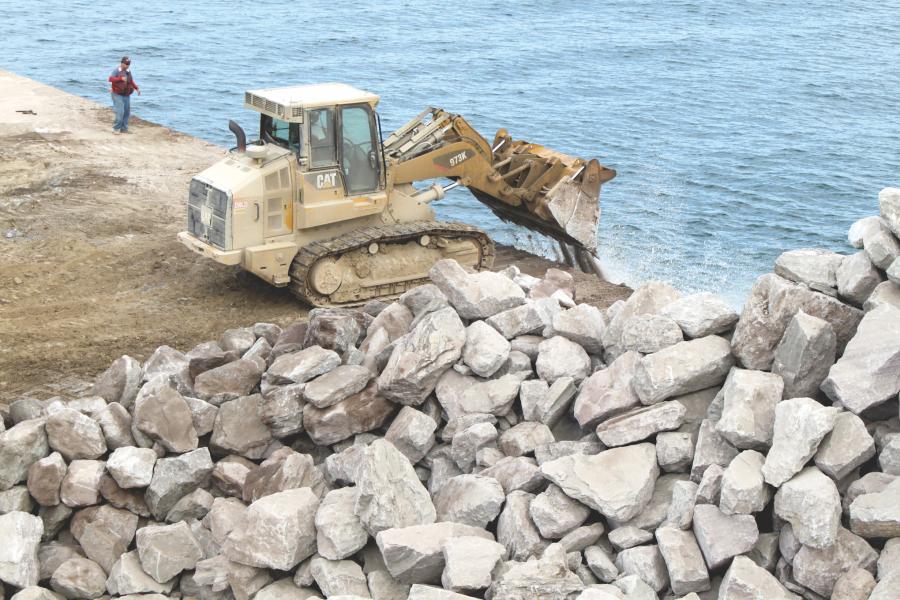 However, Christopher Thornberg, founder of Beacon Economics LLC in Los Angeles and a seasoned observer of California's economic performance, is more sanguine about the state's construction activity in the new year. "This state is going to be just fine. The construction industry is in a great place. The economy is doing great."

Simonson cited an AGC survey that came out in August in which three-quarters of 85 California-based contractors said they planned to expand their workforce in the following 12 months. Another 12 percent of the contractors said they wouldn't be laying off anyone in the next year. So, the ranks of the 900,000 people currently working in California construction very well may grow.

"However, finding those new workers will not be easy," Simonson said. There's the disclaimer. The ongoing problem is that too few Californians are interested in being hired for construction jobs.

As in every other region of the country, finding craftspeople, equipment operators and salaried personnel has become a chronic headache for California contractors. Nearly 70 percent of California respondents in the AGC survey reported difficulty in filling skilled positions and were pessimistic about filling them in the new year.

This is somewhat baffling considering that pay for construction industry workers in the Golden State averaged more than $70,000 in 2019, which is slightly more than the average pay for all private-sector employees in the state, according to the Bureau of Labor Statistics. In 2018, the last full year of data, construction wages and salaries in California totaled more than $62 billion.

"Labor availability is one of the biggest issues for the nation's construction industry," Thornberg said, "and labor issues are acute in this state. California has its crazy prevailing wage rules, but developers don't complain much because they're just happy to have manpower on the job."

The root of the problem, of course, is that recent generations of Americans have shown less interest in the building trades than have previous generations. In California, the problem is exacerbated by economic forces that may be driving potential new-hires from the state.

According to a 2019 online survey by PR firm Edelman, more than half (53 percent) of Californians are contemplating moving away — with millennials (63 percent) leading the exodus. A wholesale move from the state by millennials would only ratchet up the hiring challenge for construction industry human resource executives.

The soured Californians in the survey cited a high cost of living and high taxes. A median home in the state at the end of 2018 was $547,000 compared to the nationwide median price of $224,000. In addition, the state has the highest top marginal tax rate of 12.3 percent, according to the Federation of Tax Administrators. 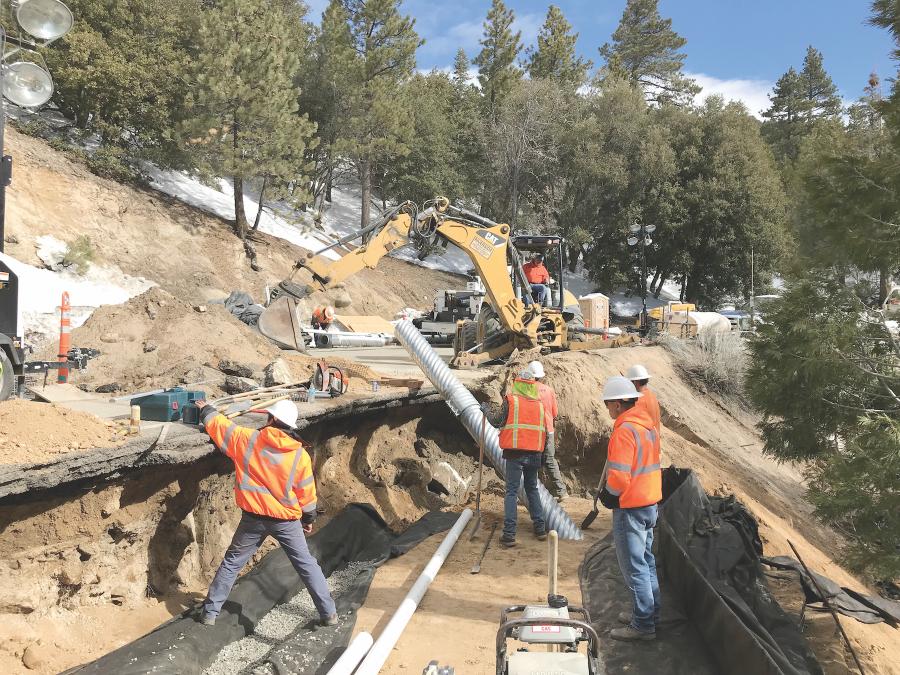 Simonson riffed on the exodus this way: "Extremely expensive housing, intolerable commutes and difficult conditions for starting or operating a business have driven out many working-age individuals. The frequent wildfires, power outages and other natural and manmade disruptions to normal life may have contributed to the outmigration."

On the other hand, Thornberg pooh-poohs the flight stories. "I tell you, in general, for every one of those stories, if you dig a little deeper there is something else going on. Places like California — and Seattle and NYC and London and other dense urban areas — they all are extremely highly competitive, yet companies flock there anyway. Now, could you see a situation where you push things too far and have a real problem? I guess."

The economist goes on to compare California and Kansas, where a conservative Republican governor, Sam Brownback, oversaw deep tax cuts in 2012 to infuse the rural state's economy with new business energy. The economic renewal initiative ultimately failed and was rolled back in 2017.

Thornberg cited that Midwestern episode as the antithesis of the coastal state's high-tax and regulatory policies. However, he does not conclude that the coastal state's "hypergovernment" model is superior. "My point is, there is a happy medium, a place between the People's Republic of California and the capitalism nirvana of Kansas. Both models have problems. Right now, though, California is looking better than Kansas."

The two economists differ on the impact on California of the international trade friction wrought by President Trump's tariffs and other efforts to restructure the country's market relationships with other countries.

Simonson sees the conflict as a "threat" to construction growth in the state. "The economies of many states depend in part on imports and exports, but California is particularly exposed, especially to trans-Pacific trade," he said. He points to an array of vulnerable pressure points, from agricultural products to transportation to tourism.

Thornberg doesn't see it that way at all. "I'll tell you why. The impact of the trade dispute is mainly nonexistent. There's not a shred of evidence that there has been any impact on our economy. There's been no real decline in imports and exports in the last year. Yes, we are buying less from China, but we're buying more from other parts of the world." 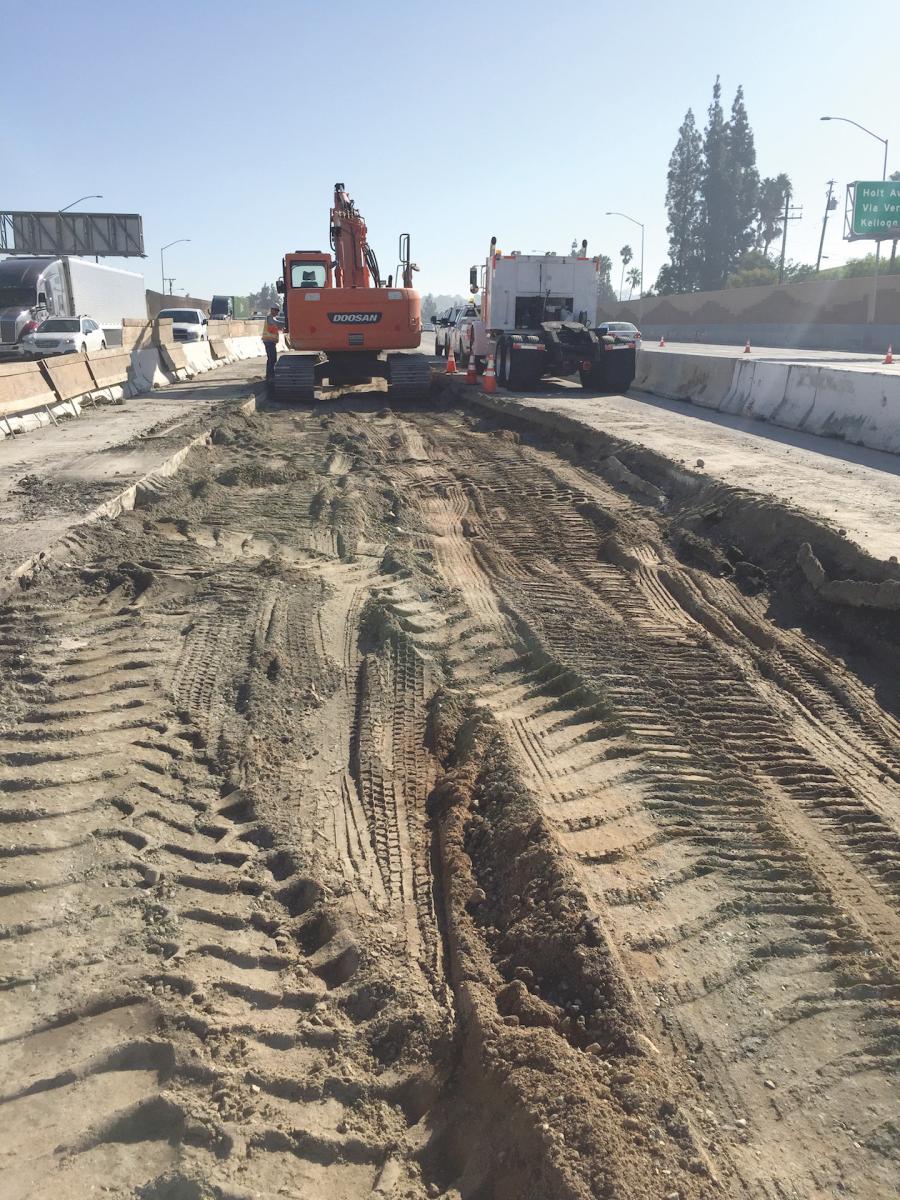 Data-gatherers including economists have noted that the Golden State's economic growth has regularly outperformed the country as a whole for some time. A Wells Fargo report, for example, call the California economy "incredibly resilient." Within that economy, the state's construction economy has expanded, too, four percent over the past 12 months.

Yet homebuilding remains an uneven economic driver. Not only is it possibly threatened by residents moving from the state, it is hamstrung somewhat by government policies that Thornberg said have led to "systematic underbuilding of homes for years. Consequently, we have a massive undersupply. We know that it is tough to build residences in California, there's no doubt about that. Builders make good profits on it, but it's a high risk to enter this market."

The homebuilding risk may be rising. Legislators have mandated that, beginning in 2020, construction of new single-family and multifamily structures of three or fewer stories must include solar panels. While the state's Energy Commission predicts the panels will save a homeowner $19,000 over 30 years, the required panels are expected to add about $10,000 to the cost of each single-family residence.

"That will slow homebuilding some, there's no doubt about that," Thornberg said. "It's interesting that in a time of housing scarcity, government is out there trying to make it even harder. There seems an inability for political leaders on both sides of the aisle to get their heads wrapped around reality."

In the end, despite evident misgivings about some national and state policies, the two economists believe the state will be OK in the new year. As Simonson put it: "California contractors have good reason to be optimistic about opportunities in 2020. Most project types and regions should post growth."

Thornberg essentially agreed, but he acknowledged that California's hegemony as a trendsetter is at risk. The state's reputation as the place from which economic and cultural ideas ripple outward may be up for grabs, particularly in the current political climate.

"In this atmosphere nationally," the Los Angeles economist said, "I don't know if that (trendsetting reputation) will continue. I sure don't get that feeling given the politics of the day. California is almost a dirty word. I'm not sure that the state will continue to be seen as a leader."

He blamed both sides for current heightened political debates. "Today's hyper-partisan politics bothers me, with two parties lobbing one-liners to their radical bases and whatever sounds good becomes a party platform. That's not how you run a country. It worries me." CEG