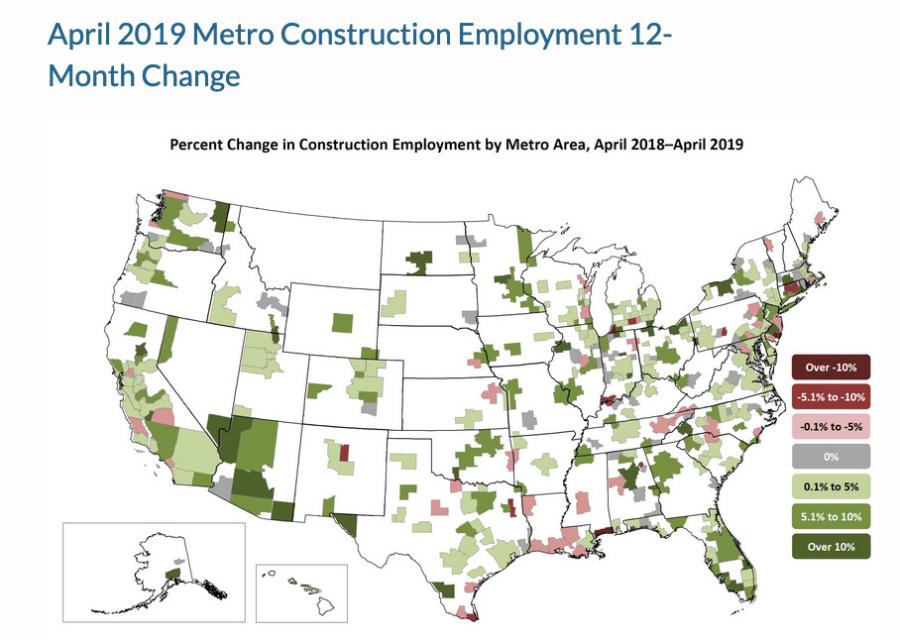 Construction employment grew in 250 out of 358 metro areas between April 2018 and April 2019, declined in 53 and was unchanged in 55, according to a new analysis of federal employment data released May 30 by the Associated General Contractors of America. Association officials said construction employment in many parts of the country likely would have been higher if firms could find more qualified workers to hire.

"Demand for construction is steady or rising in most parts of the country, and many contractors are adding workers when they can find them," said Ken Simonson, the association's chief economist. "At the same time, many firms report they would have hired even more employees if only they could find enough qualified workers."

Association officials said that even though construction employment continues to expand in many parts of the country, workforce shortages remain problematic for many contractors eager to keep pace with strong demand. They urged federal officials to boost investments in career and technical education and to enact immigration reform that allows more men and women with construction skills to legally enter the country. They also urged state and local education officials to establish more school programs that offer exposure to essential construction skills.

"One reason relatively few young adults choose to pursue rewarding careers in construction is because not many of them are being told it is an option to consider," said Stephen E. Sandherr, the association's chief executive officer."We have a lot of contractors looking for workers so they can keep up with the amount of work that is out there."