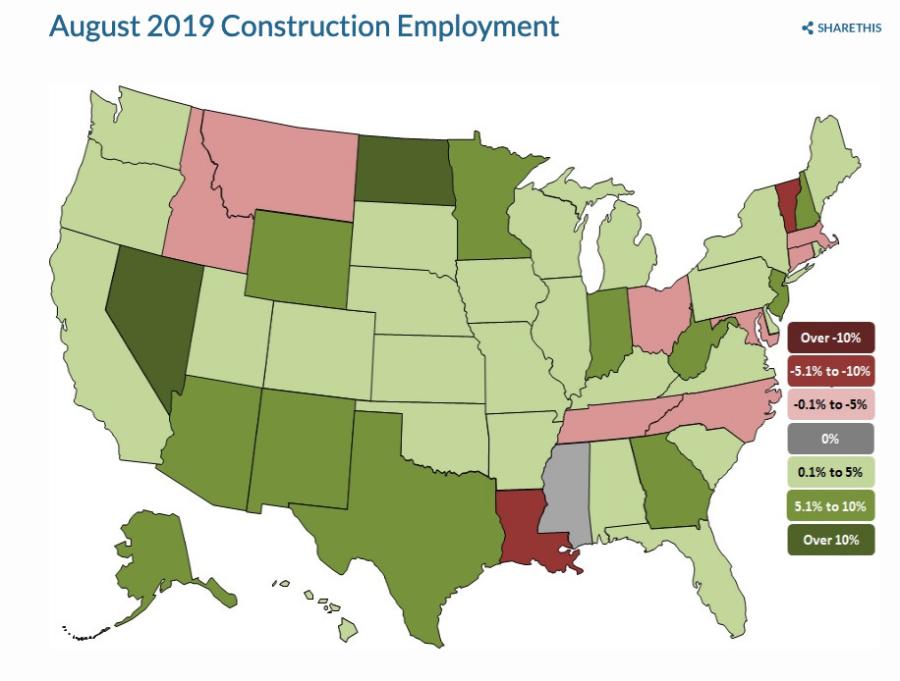 "Even more states probably would have posted gains in construction employment if firms could find enough people to hire," said Ken Simonson, the association's chief economist. "They are finding most craft positions hard to fill, even though average pay in construction pays is higher than the all-industry average in nearly every state."

Association officials said contractors across the nation are taking steps to alleviate labor shortages, including hiking pay, expanding training programs and becoming more efficient. But they cautioned that many firms report labor shortages are affecting construction schedules and costs. They urged Congress to pass measures to boost career and technical education and provide a lawful way for more immigrants with construction skills to enter the country.