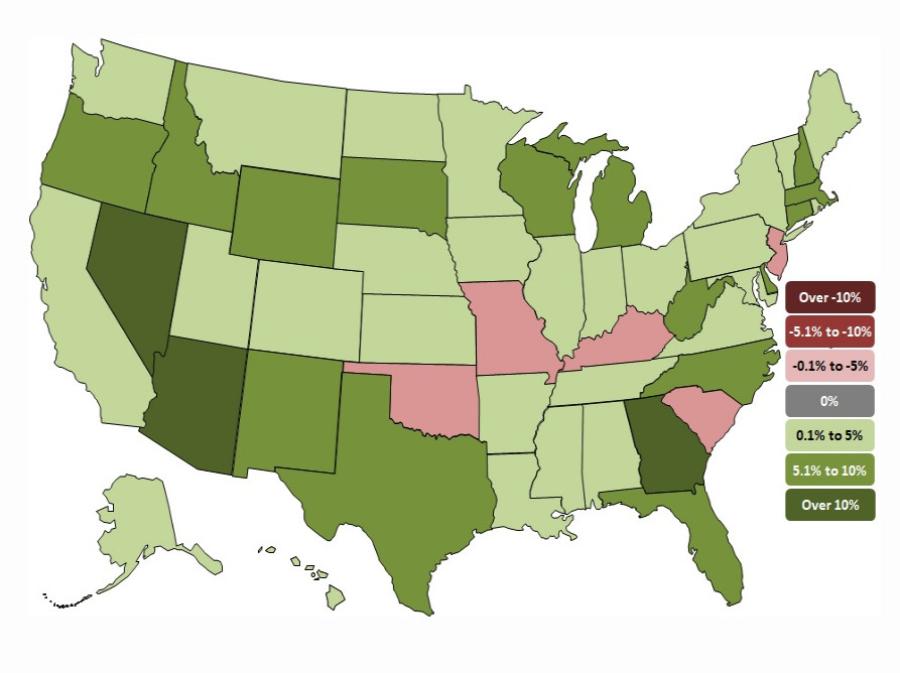 Forty-five states and the District of Columbia added construction jobs between July 2017 and July 2018, while 29 states and D.C. added construction jobs between June and July, according to an analysis by the Associated General Contractors of America of Labor Department data released Aug. 17. Association officials cautioned that continued job gains may depend on swiftly implementing new training and education legislation to equip students and workers to enter the industry.

“Construction job gains over the past year were more widespread across the country than at any time since the beginning of 2016,” said chief economist Ken Simonson. “These results show that contractors are still optimistic about future construction activity. But it will be hard to sustain the increases unless more students learn of these opportunities and receive appropriate training.”

Association officials said that despite the employment increases in most states, end-of-month job openings keep rising, indicating the difficulty contractors face in finding workers with appropriate skills. They urged federal agencies and state and local officials to swiftly implement the newly enacted federal career and technical education bill that increases funding and makes it easier for education officials to craft construction-focused education programs.