The pipeline is expected to be completed by the end of 2016. 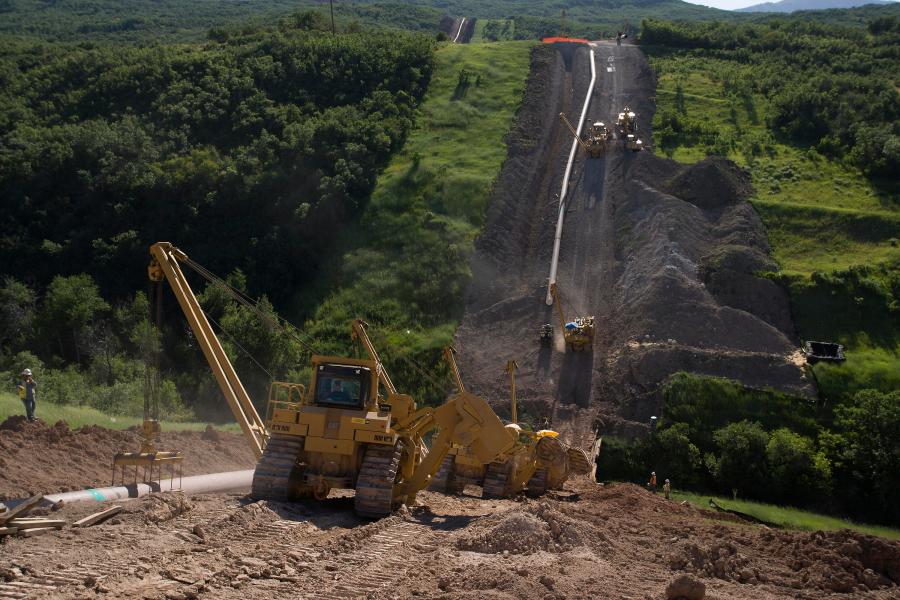 The website The Verge is reporting The company behind the Dakota Access Pipeline is preparing to tunnel under Lake Oahe, the body of water at the heart of the protests against the crude oil pipeline. This last phase of construction would join the two already-completed sections of the pipeline.

The company, Energy Transfer Partners, announced on November 8th that drilling underneath the lake will start in two weeks despite government agencies' requests to wait, according to The Guardian. The pipeline is expected to be completed by the end of 2016, the company says.

Protesters, including the local Standing Rock Sioux tribe, have been fighting the the $3.7 billion pipeline since April. They argue that the pipeline, which is intended to carry crude oil from North Dakota to a refinery in Illinois, could pollute water supplies and destroy culturally important land. In September, the US Justice and Interior Departments and the Army Corps of Engineer requested that Energy Transfer Partners voluntarily stop construction underneath the lake.

But Energy Transfer Partners ignored the government and pressed on toward the Missouri River, arguing that they had received all the necessary permits and approvals from the Army Corps and did not intend to stop. The pipeline operator is still awaiting an easement for land next to the lake, but the company said it "remains confident that it will receive the easement for these two strips of land adjacent to Lake Oahe in a time frame that will not result in any significant delay."

Two weeks ago, the conflict surrounding the pipeline's construction came to a head when protests erupted in violence in Morton County, North Dakota.

This announcement comes just a week after President Obama told the news outlet NowThis that the Army of Corps of engineers was examining new routes for the pipeline. Obama said that federal regulators intended to let it “play out for several more weeks.” But it's becoming increasingly clear that there won't be several more weeks to wait.