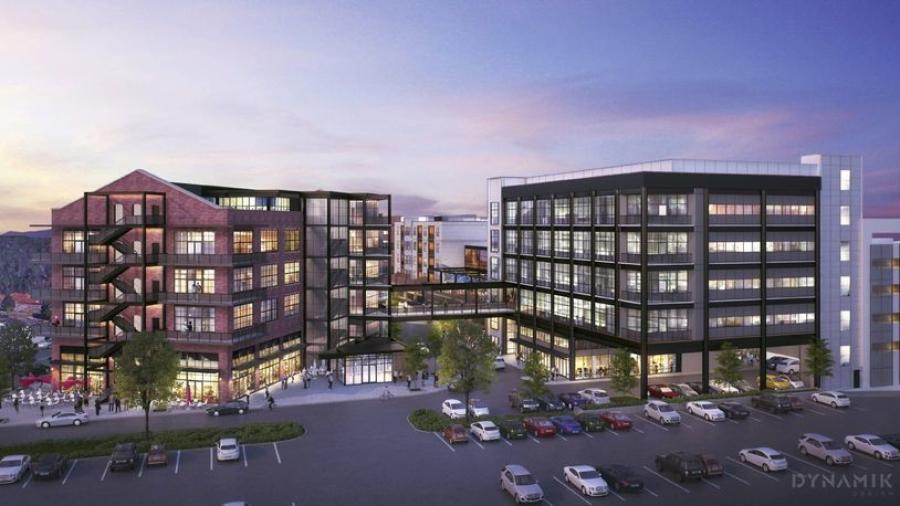 Before January, passersby on Alpharetta Street in Roswell, Ga., had seen little construction activity at the $100 million Southern Post project since the start of the pandemic two years ago.

But crews were finally able to restart work on the mixed-use development at the site of the former Roswell Plaza shopping center.

Its developers estimate the project to be fully complete by the end of 2023.

The project will have two buildings housing office and restaurant retail space. They will encompass a total of 95,000-sq.-ft. of open office space and 40,000-sq.-ft. of restaurant and retail. In addition, Southern Post also will have 128 apartment units.

A parking garage currently is being constructed following demolition of the parking lot and other preliminary work, noted Jennifer Harris, vice president of development at Armada Hoffler.

After such a long period of inactivity at the building site, S.J. Collins Enterprises, which originally partnered with Armada Hoffler for the development, left the project last fall. That firm bought the land for the project from the Roswell Downtown Development Authority in 2019 for $5 million.

S.J. Collins and Armada Hoffler previously teamed up for the west Midtown development, The Interlock.

"We were already partnering on The Interlock project, and they introduced us to the Roswell project," Harris said. "Through all of the starts and stops S.J. Collins has moved onto other projects, and we've stuck with [Southern Post] 100 percent."