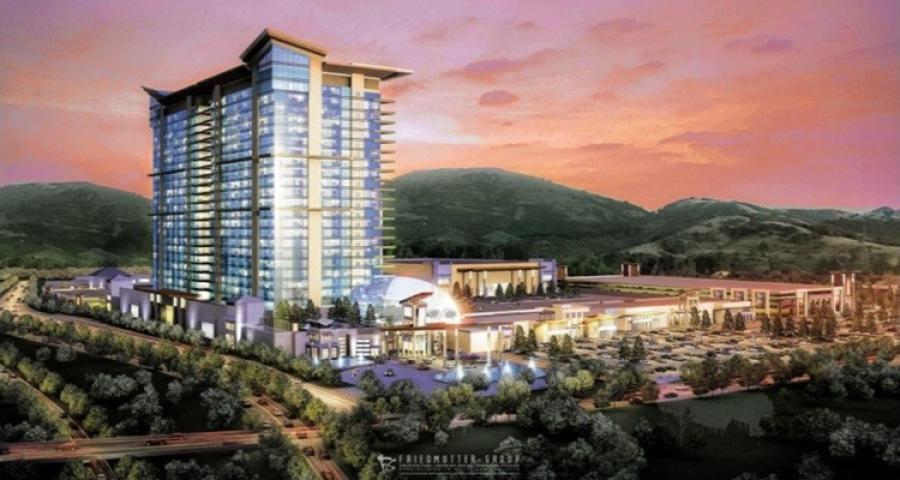 Casino lovers can begin counting down for the opening of the planned Catawba Indian Nation resort in North Carolina.

Tribal Administrator Elizabeth Harris said earlier in December that the Catawba Nation intends to open the first part of its new $273 million Two Kings Casino Resort in Kings Mountain by next fall. The site is located 35 mi. west of Charlotte.

"After clearing is complete, we will begin building an introductory facility," Harris told The Charlotte Observer in an email.

The 60,000-sq.-ft. facility off Dixon School Road near Interstate 85 will include at least 1,300 slot machines, a restaurant and other "basic amenities," she said.

The first phase will require an investment of between $80 million and $100 million and would include money for road improvements to handle the added traffic, Harris added.

In a Dec. 1 post on Facebook, tribe leaders invited tribal citizens who own flooring, electrical, landscaping and other construction-related businesses to participate in the first part of the project. Tribal leaders said they would forward the owners' names to the project's general contractor.

The Catawbas' reservation is in Rock Hill, S.C, but with gambling prohibited in South Carolina, the tribe looked across the border for at least seven years.

The nation finally won federal approval in March to buy 16 acres for the project. The U.S. Interior Department put the land in trust, a designation that gave the tribe the right to develop a casino. After years of on-again, off-again efforts, the Catawba Nation held a ground-breaking for the casino in July.

The tribe submitted a plan to North Carolina Gov. Roy Cooper's office in October detailing how the tribe planned to operate the casino, WRAL-TV first reported.

In late November, Harris told the Observer the tribe was in "serious discussions" with Cooper's office on a so-called compact. The agreement would let the tribe bring Vegas-style gambling to the Charlotte area, including slot machines, blackjack and roulette at the casino.

The compact also would include estimated revenues the state could receive from casino operations, according to WRAL.

Asked by the Observer if the tribe would proceed with construction without a compact, Harris said: "Our preference is to work with the state on a compact."

The Catawbas said they have a right to the land based on a provision of a 1993 agreement that gave them federal recognition. The agreement also gave the tribe a "service area" in six North Carolina counties, including Mecklenburg and Cleveland.

In a statement Dec. 11, a spokesperson of Cooper said: "The parties are now engaged in discussions regarding a proposed compact."